Home » World News » EU lockdown: Which countries have gone back into lockdown as third wave hits?

Fears of a third wave are mounting across Europe, as a woeful vaccination rate and easing of restrictions in some parts mean the virus has been able to spread exponentially again. Low vaccination rates across the bloc mean infection numbers are increasing far and wide, with fears rising regarding potentially vaccine-resistant strains.

Twenty countries within the EU have now reported an increase in the rate of positive tests.

A further 15 have said hospital or intensive care admissions have increased, according to the European Centre for Disease Prevention and Control.

The EU paused vaccinations with the Oxford/AstraZeneca jab for a number of days this week as fears associated with blood clots reports in some patients surfaced, but most countries have now resumed administering the jab.

There are mounting concerns low rates of vaccination throughout the EU could lead to new vaccine-resistant variants which could pose a risk to even heavily vaccinated countries like the UK. 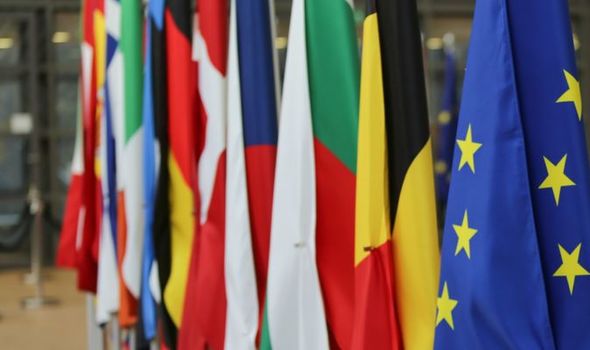 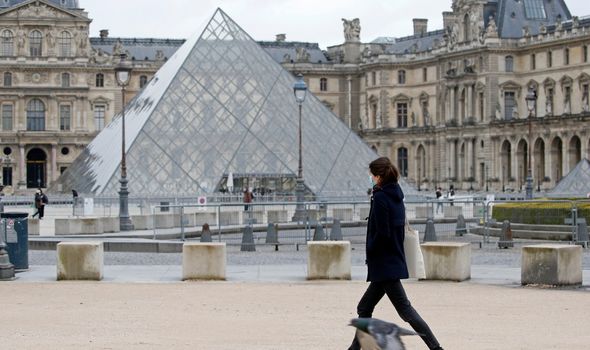 Which EU countries have gone back into lockdown?

Poland and France have now reintroduced restrictions in a number of areas.

France currently has 16 areas, including Paris, under renewed restrictions, including the closure of non-essential shops and all hospitality venues.

Its nationwide curfew from 6pm to 6am, which has been in place for two months, will now begin an hour later. 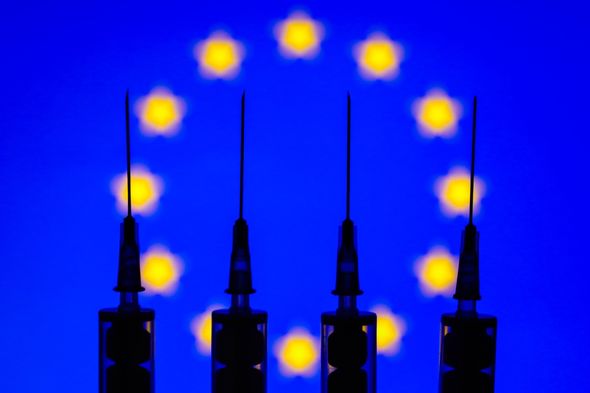 Some 35,000 new cases were reported nationwide in France on Thursday, and the lockdown took effect at midnight on Friday.

In Poland, a three-week lockdown began on Saturday, with most public venues closed and schools returning to online learning.

The Government also requested employees to keep staff at home wherever possible.

DON’T MISS
When will the Moderna vaccine be available in the UK? [EXPLAINER]
UK R-rate increase: What is the R-rate near me? [ANALYSIS]
Third COVID-19 wave ‘inevitable’ as epidemiologist warns R rate rise [REPORT]

Elsewhere, Germany is facing the prospect of renewed restrictions following a spike in cases.

Hospitality venues were allowed to reopen for outdoor service on March 22, however it is looking like any loosening of rules may be reversed sooner rather than later.

Last night Chancellor Angela Merkel said: “We have exponential growth… so it is good we had agreed on an emergency brake and unfortunately we will have to make use of this emergency brake.”

Germany’s 16 state leaders will meet next week to discuss extending restrictions and potentially reversing plans to reopen the economy. 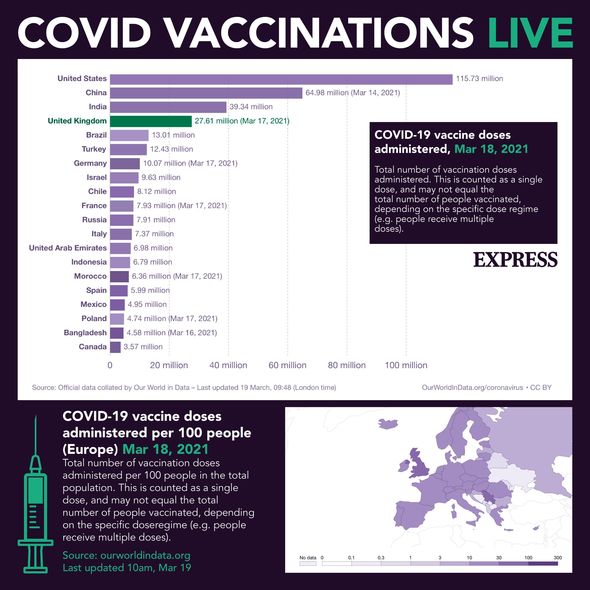 Just 8.5 percent of Germany’s population has received a jab so far.

In Italy, a nationwide curfew remains in effect meaning people cannot leave their homes, unless for emergency reasons or work.

The country is divided into red, orange, yellow and white zones, depending on the local prevalence of the virus.

Last week, Italy became the third country in Europe to exceed a death toll of 100,000.