The European Council President yesterday said he believes both countries will eventually join the EU amid fears that a decision will be delayed by apprehensive member states. Mr Tusk warned that a number of influential EU capitals are planning to veto the accession talks with the two Balkan countries. After meeting North Macedonia’s president Steve Pendarovski, the Council chief said: “You have done everything that was expected of you.

“But I want to be honest with you: not all member states are prepared to make the decision on opening negotiations in the coming day.”

Germany, Denmark and the Netherlands are all yet to show public support for the accession talks.

A delay in the talks could risk the EU enlargement tussle being dragged into a fresh Brexit battle as the UK’s October 31 divorce date looming large. 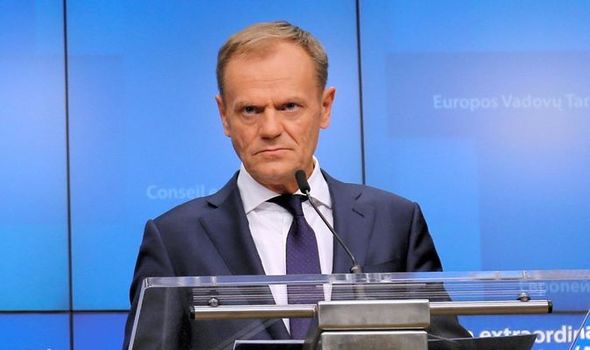 EU member states are concerned about Albania’s problem with organised crime, domestic political tensions and nationalist rhetoric in a dispute with neighbours Kosovo and Serbia.

The Dutch parliament voted this week against starting talks with Albania, citing concerns over corruption and crime.

“I think that it’s time for Europe to do what we expect after having delivered – to recognise our merit and to switch to a green light for accession talks,” Albanian president Edi Rama said after meeting Mr Juncker.

The European Commission President said: “I am not focusing on June because there are parliaments, which have to approve, they are not in session in June, so it could be latter.”

He added: “But my conviction is that we have to make it very crystal-clear that the moment has to come to open negotiations with Albania.”

North Macedonia ended a long-running dispute with Greece, which prevented EU and Nato membership bids, by changing the country’s name in February.

EU backers of North Macedonian accession say a delay in talks could risk the survival of the government after the name change agreement.