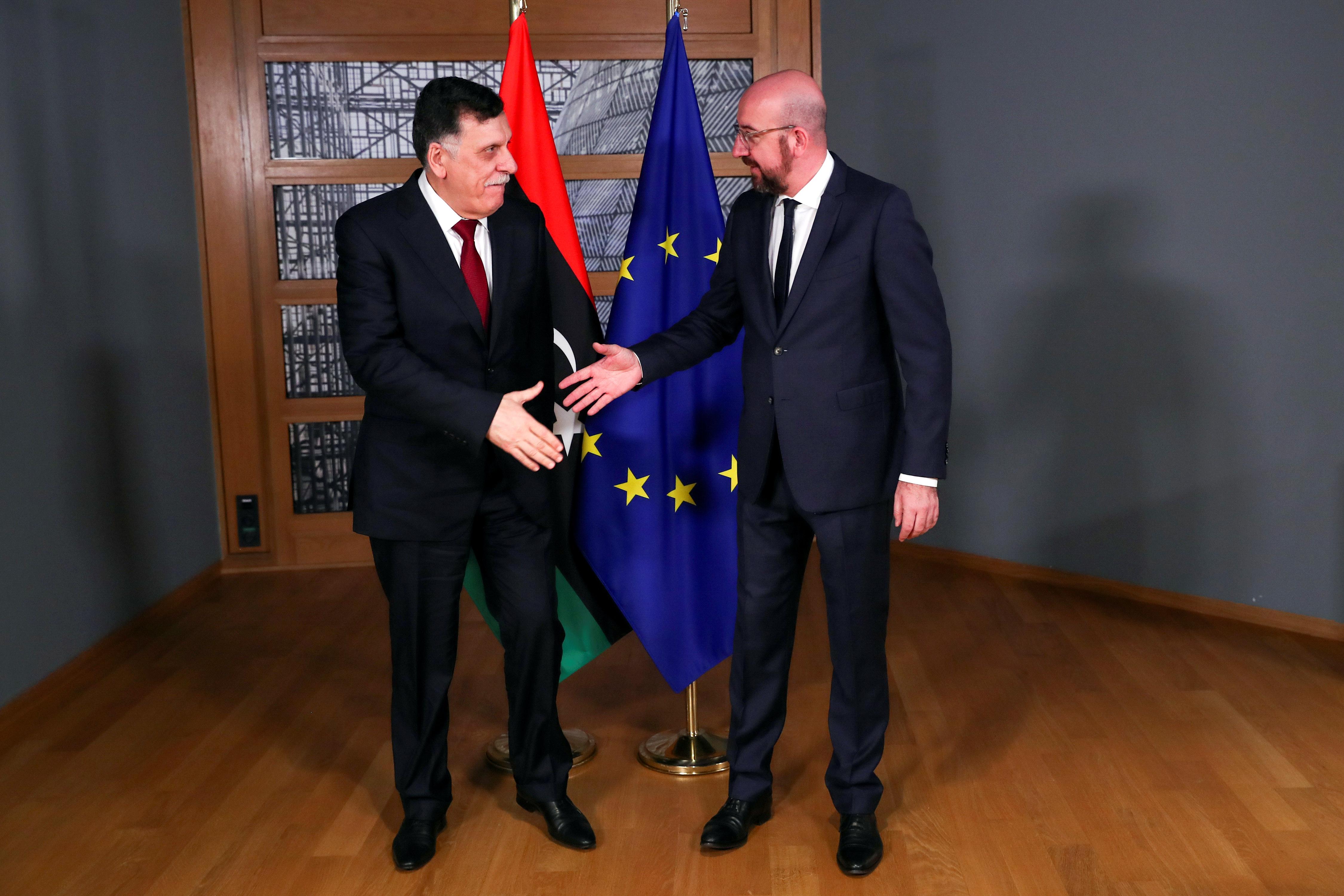 A day after British, French, German and Italian foreign ministers condemned Turkish plans to send military personnel to Tripoli, Fayez al-Serraj made a brief trip to Brussels to meet EU officials and Germany’s foreign minister, after plans to meet in Tripoli on Tuesday were judged too dangerous.

The European Union, seeking to avoid being sidelined as foreign powers jostle for influence and gas resources in Libya, pressed Serraj to work for a ceasefire as fighting between rival eastern and western administrations intensifies.

The stakes are high – lawlessness in Libya has in recent years disrupted the OPEC member’s oil output, fueled migrant smuggling to Europe and given space to Islamist extremists.

Charles Michel, who coordinates EU governments in Brussels, said he told Serraj “there is no military solution”, while German Foreign Minister Heiko Maas said a Syrian-style civil war in Libya must be prevented.

“We want to avoid Libya becoming the scene of proxy wars,” Maas said, referring to Turkey’s plans for military aid for Serraj and Russia’s support for the premier’s rival in the east, Khalifa Haftar.

“Libya cannot become a second Syria and so we need rapidly to enter a political process, an agreement on an effective ceasefire and an arms embargo,” Maas said, adding he wanted a summit on Libya in Berlin in the coming weeks.

At a separate NATO meeting on Libya, ambassadors pressed Turkey’s top diplomat to the alliance not to send troops to the North African country, allied diplomats said. Turkey says the deployment was requested by Serraj’s government.

Libya has been torn by factional conflict since dictator Muammar Gaddafi’s fall to a NATO-backed uprising in 2011. Haftar, who was a general in Gaddafi’s army and whose forces hold much of Libya’s east and south, is making a renewed attempt to capture Tripoli, the capital located in the northwest. Haftar may also be invited to Brussels, diplomats said.

Michel said he also told Serraj that a recent deal to create an exclusive economic zone from Turkey’s southern Mediterranean shore to Libya’s northeast coast had no legal basis.

Ankara says the deal aims to protect its rights under international law, and that it is open to signing similar deals with other states on the basis of “fair sharing” of resources.

Michel said it “infringes upon the sovereign rights of third states and does not comply with the (United Nations) Law of the Sea.” Greece and Cyprus see the deal as meant to scupper their development of East Mediterranean gas and destabilize rivals.

Cannibal son cut mum into 1,000 tiny pieces, ate her raw and fed her to the dog

Charles and Camilla to make history with royal trip to Cuba