The Brussels bureaucrat claimed there are questions over whether any European countries will remain a member of the powerful group of G7 countries in ten years time. On his final day in office, he urged the bloc to “stick together” as its leaders are faced with a growing list of challenges. Writing for Politico, Mr Juncker said: “Europe remains the smallest continent.

“From the 25 percent of global value added that we account for today, our share, if all goes well, will drop to 15 percent in 10 to 15 years from now.

“By 2030, it is likely that no European country will still be a G7 member.

“Demographically, we are also on a downward slope. So we have to stick together, not by wiping out our national identities but by nurturing them, emphasising our common values time and again, as well as our individualities — the things that make Europe what it is.”

But Mr Juncker leaves office confident that his so-called “Juncker Plan” has helped boost the bloc during his five-year tenure. 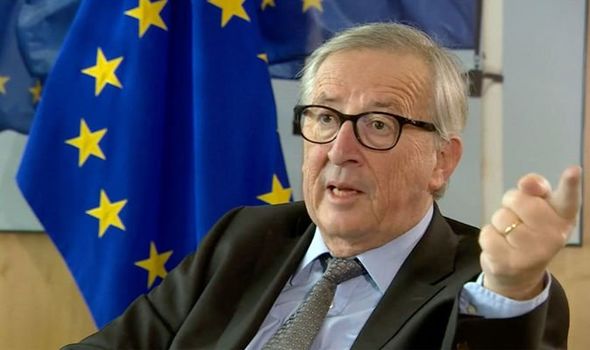 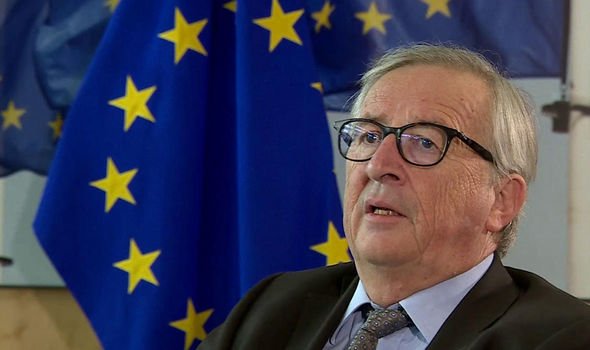 “Since 2015, what has been called the Juncker Plan has removed barriers to investment and used public money to leverage private funding to support EU-based projects that otherwise would not have been able to get off the ground,” he said.

“As of October 2019, according to my latest figures, the Juncker Plan is expected to trigger €450.6 billion in investments, and over one million small and medium-sized enterprises are set to benefit.”

He added: “Since the start of my Commission, 14 million jobs were created. 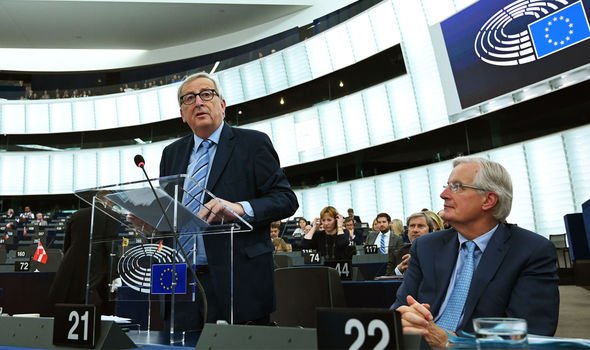 “We invested €4.5 billion in putting our partnership with Africa on a new and equal footing with total expected investments of €44 billion by 2020.”

Europe’s list of challenges includes potential trade conflicts with China and the United States, as well as Brexit.

Currently the global trade slowdown is battering the EU the hardest, according to new OECD data.

Exports from the EU shrunk 1.8 percent in the third quarter compared with the previous three-month period.

Imports dropped 0.4 percent, according to the figures released last night by the Paris-based organisation.

Timme Spakman, an economist at ING, said: “European merchandise trade has been impacted significantly by uncertainty surrounding the trade war and Brexit.

He added: “The slowdown of German industry had an impact of European trade, as German producers ran down inventories rather than importing new intermediates.”