A former BBC journalist embroiled in a racism row has been suspended from his role as a newspaper columnist after describing Liz Truss’s new Secretaries of State as the ‘coconut cabinet’.

Iain Macwhirter, who freelances for the Scottish newspaper The Herald, was slammed last night after sharing a tweet about Kwasi Kwarteng, James Cleverly and Suella Braverman which highlighted diversity in the ‘great offices of state’.

In his retweet of a message highlighting the education backgrounds of the new senior Cabinet members, Mr Macwhirter wrote: ‘The coconut cabinet?’

The disparaging term ‘coconut’ can be used to describe non-white minorities who are accused of being ‘white on the inside’ and develops harmful cultural stereotypes.

Macwhirter was today suspended from his columnist role, with The Herald confirming they were investigating the ‘offensive tweet’.

The paper said in a post: ‘We are aware of an offensive tweet by one of our freelance contributors, Iain Macwhirter. Although the tweet has since been deleted and an apology issued, we have also suspended his columns while we investigate further.’

Macwhirter, who was accused of being racist, has since deleted his ‘coconut cabinet’ jibe, and last night issued a grovelling apology over his ‘unacceptable language’.

He said his post had been a ‘cack-handed attempt at humour’, and that he has ‘always championed racial diversity in my columns’. 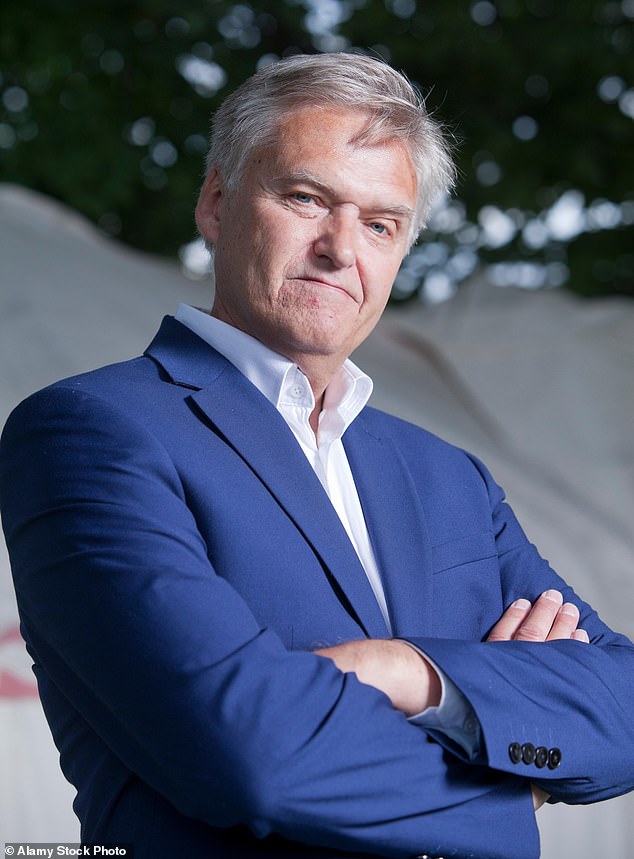 Iain Macwhirter, who writes a freelance column for the Scottish newspaper The Herald, was slammed last night after describing Liz Truss’s diverse Secretaries of State as the ‘coconut cabinet’ in a tweet 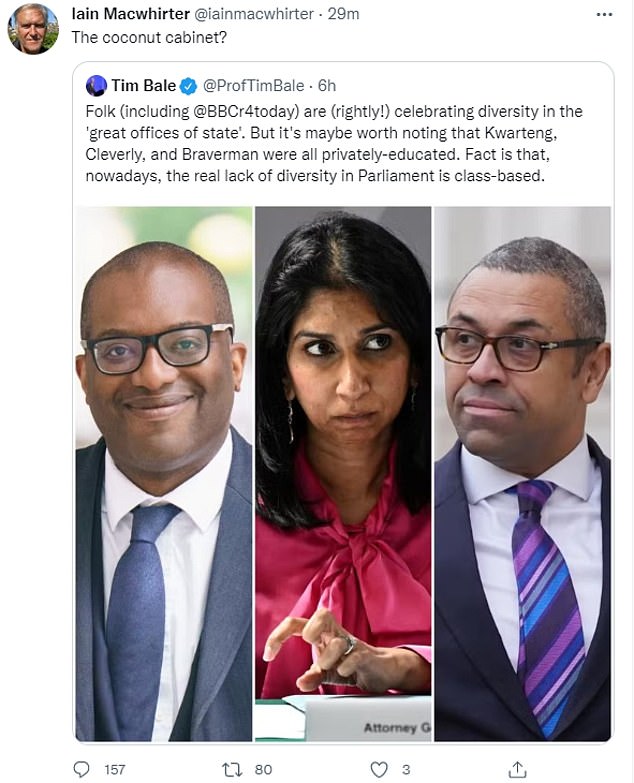 In his retweet about the great offices of state, Mr Macwhirter wrote: ‘The coconut cabinet?’

In the replies to his new message, the writer has been slammed for racism, with people calling on Mr Macwhirter to apologise.

‘I would have thought an apology to your previous racist tweet was more pressing,’ another commenter said.

A third added: ‘This is your first tweet after that racist deletion?’

‘You call yourself a journalist, clearly nothing more than a closet racist,’ another said.

Another commenter added: ‘The longer you wait to apologise for your racist tweet, the worse you’re making it for yourself. Put your ego to the side, do the right thing and wholeheartedly apologise.’ 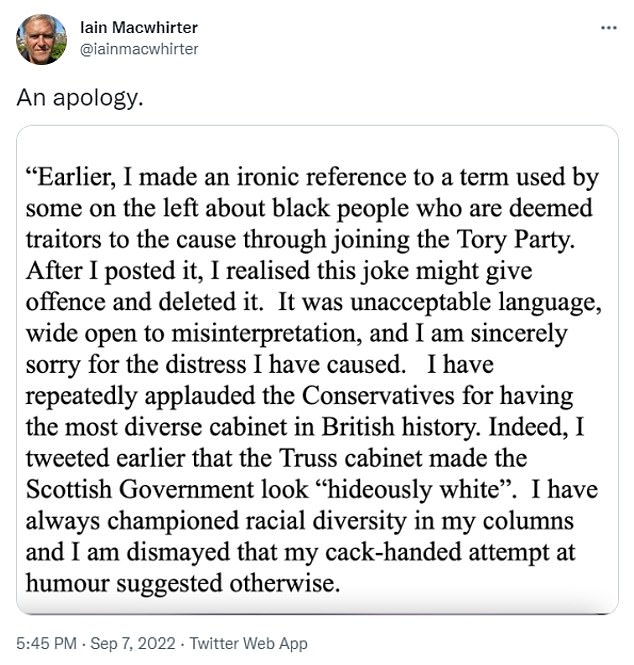 Others suggested that Mr Macwhirter was trying to ‘change the subject’ by sharing a link to his column, but he was criticised for ‘carrying on like nothing happened’.

Mr Macwhirter told MailOnline: ‘Earlier, I made an ironic reference to a term used by some on the left about black people who are deemed traitors to the cause through joining the Tory Party.

‘After I posted it, I realised this joke might give offence and deleted it. It was unacceptable language, wide open to misinterpretation, and I am sincerely sorry for the distress I have caused.

‘I have repeatedly applauded the Conservatives for having the most diverse cabinet in British history.

‘Indeed, I tweeted earlier that the Truss cabinet made the Scottish Government look “hideously white”. I have always championed racial diversity in my columns and I am dismayed that my cack-handed attempt at humour suggested otherwise.’

A spokesperson for The Herald last night said: ‘We are aware of an offensive tweet by one of our freelance contributors, Iain Macwhirter.

‘Although the tweet has since been deleted and an apology issued, we have also suspended his columns while we investigate further.’

Mr Macwhirter is a political commentator for both The Herald and The Herald on Sunday. He is a published author and has presented film and radio documentaries.

He has also presented Westminster Live and Holyrood Live, and is a former Rector of his alma mater, the University of Edinburgh.

The photographs are striking. Displayed on the pages of yesterday’s Daily Mail, they show the 20 members of Liz Truss’s new Cabinet selected up to that point.

Twelve men and eight women, six of them from ethnic minority backgrounds, they constituted a powerful snapshot of modern, multicultural Britain. A place where your gender or skin colour is no bar to success.

Nor was it the only remarkable thing about the new Prime Minister’s team. Her appointment of Kwasi Kwarteng as Chancellor, Suella Braverman as Home Secretary and James Cleverly as Foreign Secretary means that for the first time, none of the four great offices of state in government is held by a white man.

It is nothing short of a milestone – one that should be celebrated, particularly by those on the Left who use the toxic accusation of racism as a stick with which to beat the Tories.

Indeed, you might think this new frontier in diversity is one behind which everyone from across the political spectrum can unite. That, though, would be to underestimate the febrile prejudices of the modern Left, who are nothing if not relentless in trying to subvert the narrative whenever it reflects badly on their own achievements. 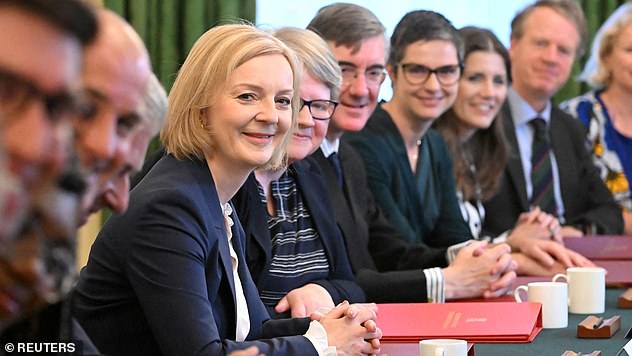 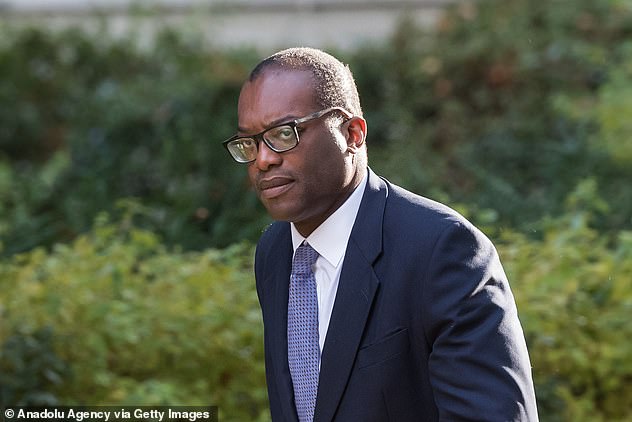 And reflect badly it does. The reality is that for all their insistence that our society is underpinned by an all-pervasive racism, when it comes to promoting racial equality within their own ranks, their record falls lamentably short.

Of the 31 members of the current Shadow Cabinet, only four are from ethnic minority backgrounds – hardly a figure to boast about.

And some 43 years after Margaret Thatcher became the first female leader of the Conservative Party – followed by Theresa May and now Miss Truss – Sir Keir Starmer’s party has yet to be led by a woman. Miss Truss’s Cabinet should act as a wake-up call, a chance for Labour to address the gap between rhetoric and their own reality. That would be the laudable approach.

Instead, some commentators on the Left have fallen back on the tactics of class war, attacking the educational background of the new Cabinet members from ethnic minority backgrounds. Five of them were privately educated, they sniped, as if this somehow makes their presence in the Cabinet irrelevant.

Can you imagine the opprobrium such statements would attract if it was the Tories attacking Labour? But this is the reality of modern-day politics, a world in which the Left bangs on about promoting those from ethnic minorities in public life – unless they come from the political Right.

In other words, to paraphrase George Orwell in Animal Farm, some diversity is more acceptable than others, particularly if it chimes with the Left’s obsession with victimhood.

Our new International Trade Secretary, Kemi Badenoch, who was raised in a British Nigerian family, spoke of this several years ago. She tweeted that there was ‘an assumption that there’s only one way to be black, and anyone who doesn’t conform is a ‘coconut’ an ‘Uncle Tom’ or a ‘race traitor’. Coconut is a disgusting slur thrown at anyone seen to be ‘black on the outside and white inside’, meaning they don’t conform to reductive social stereotypes. 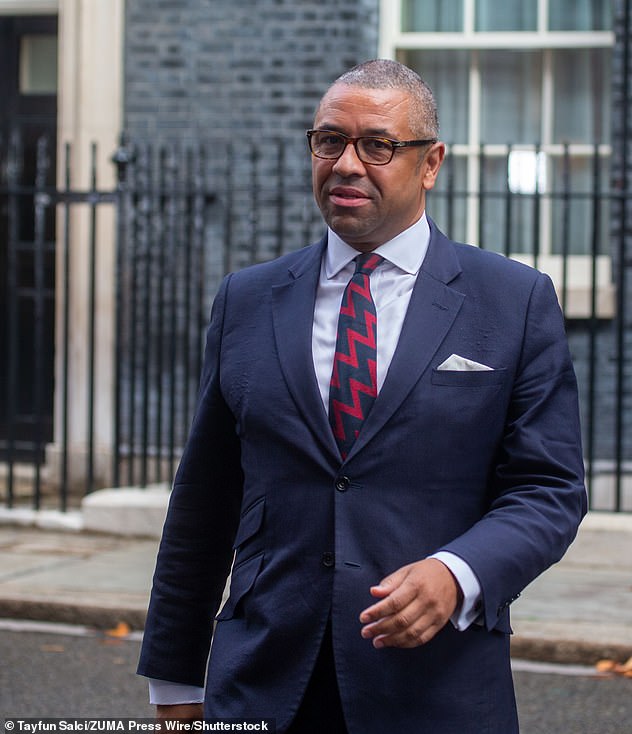 Secretary of State for Foreign, Commonwealth and Development Affairs James Cleverly is seen outside Downing Street for the first cabinet meeting in Liz Truss government

As someone who, like Kemi, was raised in a British Nigerian household, I recognise only too well this form of racism – for make no mistake, that is what this is: people take one look at the colour of my skin and assume they can second-guess my politics.

I have become accustomed to the look of surprise when my opinions do not reinforce their prejudices.

Among those opinions is my belief that those from ethnic minority backgrounds have the same opportunities for advancement today as their white peers – if they are raised in loving homes. That is a sentiment that sometimes feel akin to heresy when spoken by someone of colour.

That has been my experience. I attended several different schools, a private boarding school, a grammar school and a local comp. But the consistent thread throughout my childhood was the high expectations and sense of personal responsibility for my destiny drilled into me by my mother. 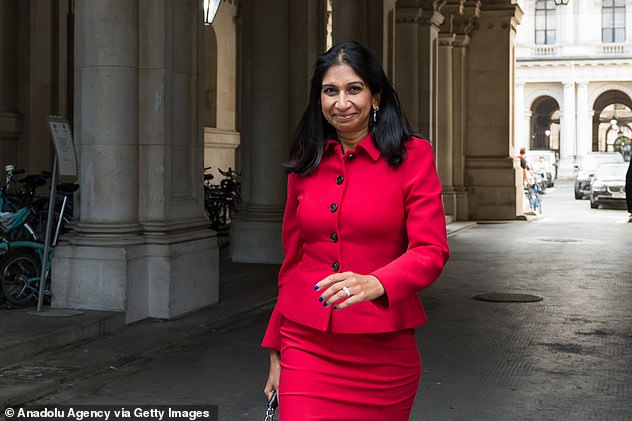 Don’t get me wrong: I still feel class plays its part in our prospects, but while the Conservative Party is not perfect, its focus on promoting meritocracy is admirable – and we can see the results this week.

Few could look at the CVs of Miss Truss’s ‘inner circle’ and be in any doubt that the individuals are there for any other reason than their talent.

The new Home Secretary, Suella Braverman – the daughter of Indian immigrants – was previously a successful barrister. Chancellor Mr Kwarteng may indeed have attended Eton as his critics have carped, but in part because he was the recipient of a fiercely competitive scholarship.

Labour should be looking to replicate what the Tories have done, not least because the Truss Cabinet is a reminder that in multi-cultural Britain we have more in common than that which divides us.

We all care about the cost of living, about transport, about our children’s education. An inability to understand this is one of the modern Labour Party’s great failures.

More than 1 million confirmed cases of coronavirus in UK