Advocates for Children of New York revealed new data last week on child homelessness in New York City. The report revealed that 104,000 of the roughly 1 million students in the New York City public school system were homeless last year, about 3% higher than the previous year.

Christine Quinn, former speaker of the New York City Council and president and CEO of WIN, a non-profit that provides shelter to the homeless, says child homelessness is an overlooked problem.

“A lot of people you say homelessness, and their Pavlovian response is single man on the street,” Quinn recently told Yahoo Finance's editor-in-chief, Andy Serwer. “But over 65% of everyone in shelter, right now is a family with a child. In fact, there are more children in shelters than there are seats in the Barclays Center where the Nets play.”

Every year, around 4.2 million children and young adults experience homelessness, according to estimates from the National Conference of State Legislatures. In New York City, as of August, there are around 17,680 homeless children sleeping every night in shelters, according to the Coalition for the Homeless. 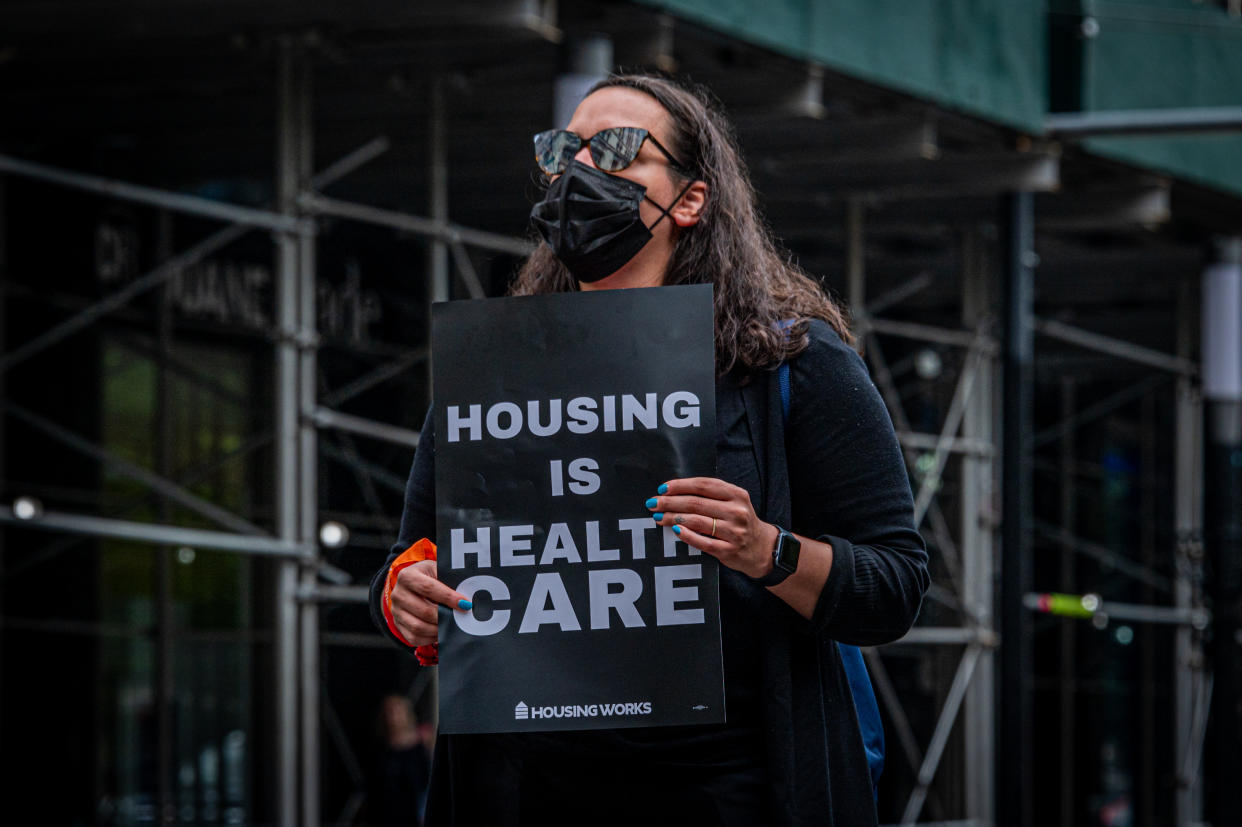 “That is a massive number of children who are spending some significant portion of their early lives in shelter,” Quinn said. “And we know that one of the factors of trauma that indicate you're likely to be a homeless adult is being a homeless child.”

Children experiencing homelessness face disproportionate challenges compared to the general population. They get sick at double the rate of children who have homes, according to U.S. Department of Health & Human Services. They are also three times more likely to suffer emotional and behavioral problems than children who have homes. Worse still, they often endure lifelong damage to their psychological health, according to the Substance Abuse and Mental Health Services Administration.

WIN has recently experienced a strain on its resources due an influx of migrants arriving in New York City. Since spring, over 21,000 migrants have arrived in the city, The New York Times reported on Oct. 21, citing city officials. Many are fleeing Venezuela due to its severe economic decline and have been bused in from Texas by Governor Greg Abbott in response to President Biden’s border policies.

Consequently, the non-profit is struggling to support roughly additional 700 children, according to Quinn.

“We are having to provide them with all new clothes, with winter clothes with three meals a day, you know, every day with full protein, etc,” Quinn said.

New York's skyrocketing homelessness has overwhelmed shelters. Those now shelters serve 64,000 people, well over NYC’s 2019 record of 39,365 people, according to the NYC Department of Homeless Services. In response, Mayor Eric Adams this month declared a state of emergency.

Despite such challenges, Quinn affirms WIN will persevere in its work.

“The mayor is not wrong when he says it's a crisis, because that's not typically what our system was designed to take care of,” Quinn shrugged. “You put your foot down in New York, you're a New Yorker, and we're going to take care of you.”

Quinn served as the first female and openly gay speaker of the New York City Council from 2006-2013. Since 2015, she has served as the president and Chief Executive Officer of WIN, previously “Women in Need.” The non-profit runs 14 shelters and 400 supportive housing units in New York City.

Click here for the latest technology business news, reviews, and useful articles on tech and gadgets

Download the Yahoo Finance app for Apple or Android