CAIRO (Reuters) – Egypt holds a three-day referendum from Saturday on constitutional amendments that could allow President Abdel Fattah al-Sisi to stay in office until 2030. 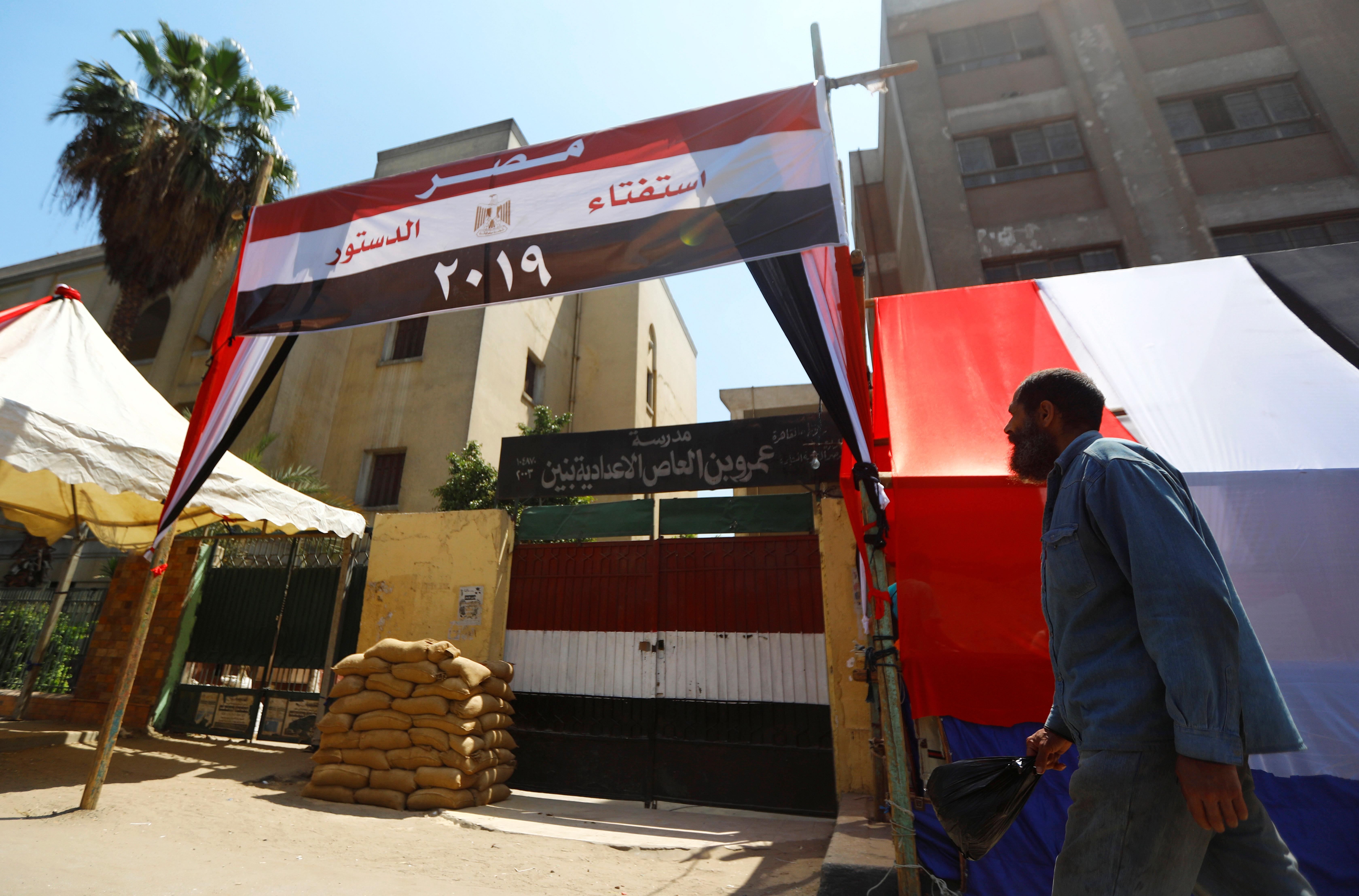 Parliament this week overwhelmingly approved the proposals, which would also bolster the role of the military and expand the president’s power over judicial appointments.

Supporters argue that Sisi has stabilized Egypt and needs more time to complete crucial economic reforms. Critics say they fear that the changes will further limit the space for dissent after a wide-ranging security crackdown.

WHAT ARE THE KEY CHANGES?

An additional clause extends Sisi’s current term to six years from four currently since his election victory in 2018, and allows him to run for a third term in 2024.

The amendments provide for the creation of a second parliamentary chamber known as the Council of Senators. It would have 180 members, two-thirds elected by the public and the rest appointed by the president.

The amendments also create the post of vice president, allowing the president to appoint one or more deputies. They task the president with choosing head judges and the public prosecutor from a pool of senior candidates pre-selected by the judiciary.

They further create a quota setting women’s representation in parliament at a minimum of 25 percent.

WHO IS BEHIND THE AMENDMENTS?

The amendments were initiated by the pro-government parliamentary bloc known as Support Egypt, and according to the parliament’s legislative committee report, 155 members submitted the initial proposal.

On Tuesday, 531 out of 596 members of Egypt’s overwhelmingly pro-Sisi parliament voted in favor of the changes.

Parliament speaker Ali Abdelaal has said that the amendments were a parliamentary initiative and that Sisi may not even choose to run again.

“This suggestion came from the representatives of the people in gratitude for the historic role played by the president,” the legislative committee report said.

Proponents of the changes have argued that Sisi, a former army chief, came to power with a huge mandate after mass protests in 2013 against Islamist President Mohamed Mursi’s one year in office. With macro economic indicators improving, they say Sisi deserves more time to build on reforms.

The legislative committee report said religious, academic, political and civil society representatives expressed strong overall support for the changes during a consultation period ahead of the parliament’s final vote.

WHAT DO OPPONENTS SAY?

The legislative committee acknowledged some opposition to the amendments from members of the judiciary and two non-governmental organizations.

Just 22 members of parliament voted against the amendments.

They and other opposition figures say a central promise of the 2011 uprising that toppled then-President Hosni Mubarak is at risk: the principle of the peaceful transfer of power.

They say the amendments were driven by Sisi and his close entourage, and by the powerful security and intelligence agencies.

They also fear the changes thrust the armed forces into political life by formally assigning them a role in protecting democracy.

“If you want your children and grandchildren to live in a modern democratic country with peaceful transition of power, I do not think this is the amendment we would want,” one of the opposition MPs, Haitham el-Hariri, told parliament this week.

While Abdelaal said a wide range of views were given a hearing during the consultation period, opposition figures and activists say genuine debate on the amendments was impossible due to a far-reaching crackdown on political dissent.

Egyptian officials deny silencing dissent and say that Egyptians from all walks of life were given a chance to debate the amendments, adding that all views were factored into the final proposals.

Abdelaal also denied that the amendments prescribe a new role for the military. He told parliament that the armed forces are the backbone of the country and Egypt is “neither a military or a religious state,” state-run Al Ahram newspaper said.

“This is part of (Sisi’s) consolidation of power,” said Steven Cook of the Council on Foreign Relations, an independent U.S.-based think-tank. “From an institutional perspective, Egypt’s counter-revolution is largely complete.” 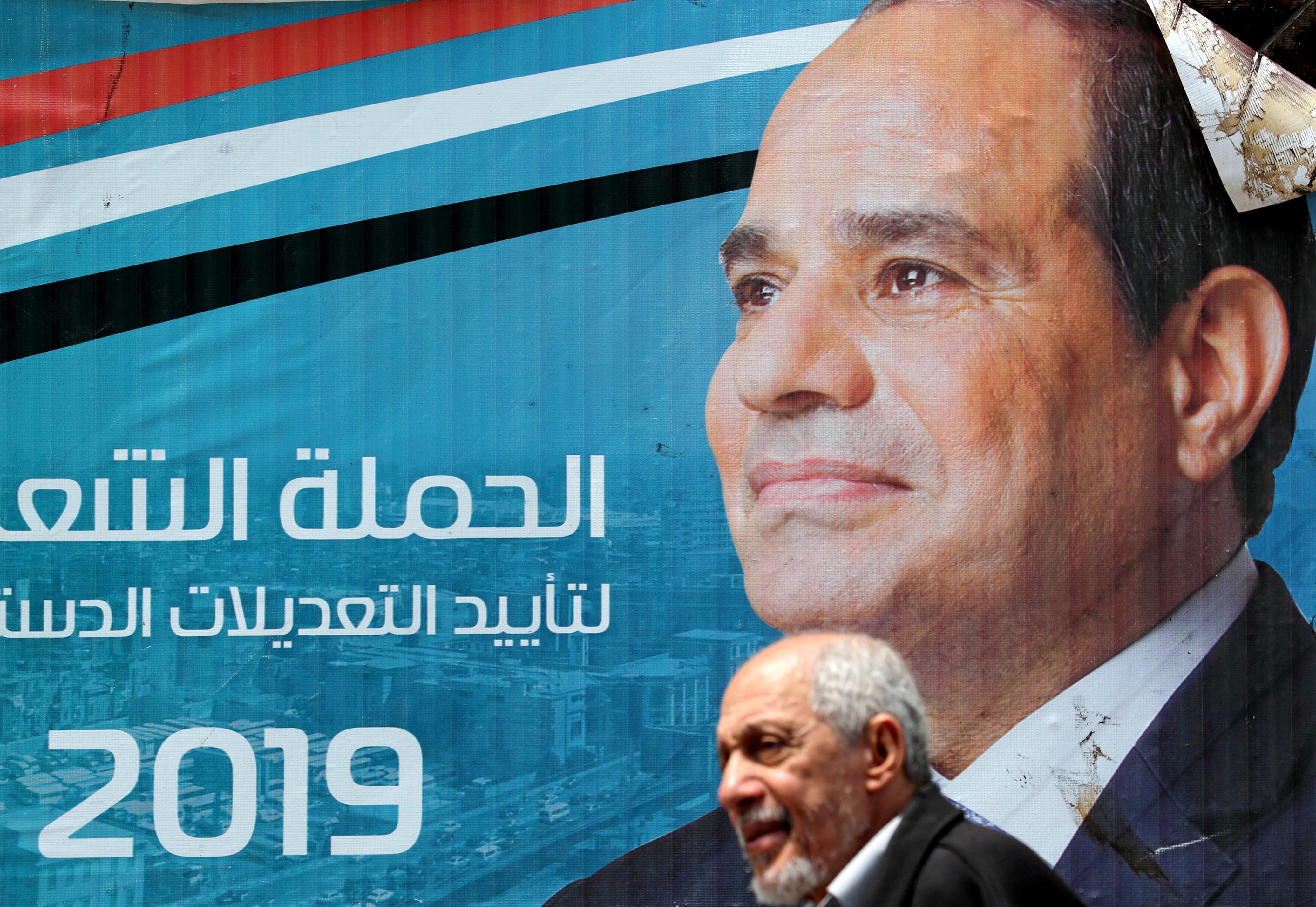 Egyptians abroad start voting on Friday, while the vote inside Egypt begins on Saturday, meaning Egyptians have less than four days to read and discuss the changes following their approval by parliament.

Election commissioner Lasheen Ibrahim, who announced the dates of the referendum on Wednesday, did not say when the votes will be counted or the results announced.

More than a week before parliament’s final vote, posters and banners sprung up across the capital Cairo urging people to “do the right thing” and participate, some calling directly for a “yes” vote.