As the two racehorses cantered that dark morning, Jaimee Hayes didn’t see what caused her and riding companion Mikaela Claridge to be thrown from their saddles.

Ms Hayes, an experienced track rider at Cranbourne Turf Club’s training complex, had previously fallen from her horse when a wallaby ventured onto the sand trails, an unlit section that runs through bush and scrub, away from the main tracks where hundreds of racehorses run every day. 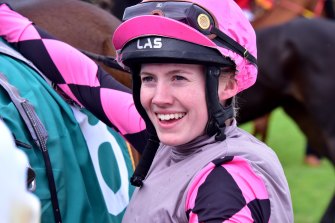 Ms Hayes suspected it was wildlife that startled the two horses about 4.35am on August 30, 2019. “They looked at something on my right and spooked, and slammed the brakes on,” she said on Monday. 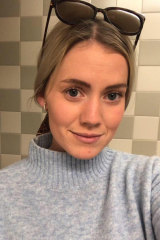 Both riders fell, but where Ms Hayes landed on her knees, Ms Claridge suffered critical head injuries. The 22-year-old apprentice jockey didn’t regain consciousness and died at the scene.

Ms Claridge grew up with horses, competed in 400 races as a jockey and was riding a horse considered calm and placid, Melbourne Magistrates Court heard.

Minutes before the fall, Ms Claridge told her friend it was dark that early morning as they approached the sand trails, which has no lighting and where riders regularly rely on moonlight.

“She just made note that it was extremely dark. She didn’t use the words that it was too dark,” Ms Hayes said.

But workplace regulator WorkSafe alleges Cranbourne Turf Club and Saloon Park – the company owned by horse trainer Ken Keys and who employed the riders – breached workplace safety laws by allowing Ms Claridge to ride in insufficient light when the conditions posed a risk to her health and safety.

The companies face a combined eight charges of workplace safety breaches and will enter a plea at the end of this week’s hearing if magistrate Frances Medina finds there is enough evidence to commit them to stand trial.

Prosecutor Colin Mandy, SC, told the court the companies should have reasonably known it was a risk to their employees’ safety to have them ride on the sand trails before daylight, and that the risks were well known. The section was also known as the “bush track” or “the paddock”, he said.

Ms Hayes couldn’t recall whether she and Ms Claridge were specifically instructed to get their horses to canter that morning by Mr Keys’ wife, Louise, but said she knew that was expected.

“It’s just the work we are told to do, so we just go out whether we could see or couldn’t see,” she said.

She said she never raised her concern about the section to either the trainer or the club, but was aware of other riders who did.

“They said, ‘what will it take to close this track or get lights put up’?” she said.

Former jockey Chelsea Hall, who flew from Brisbane to Melbourne when she learned of her friend’s death, said she experienced near misses herself riding through the scrub in Cranbourne, where she estimated the sand trails track was three metres wide at its narrowest point.

She knew of one trainer who only let his riders on the sand trails in daylight.

“He didn’t like it because he’s a rider himself … just because you couldn’t see if it was really dark,” she said.

The hearing continues on Tuesday.

Winnipeg police at scene of ‘serious incident’ in Elmwood Tuesday

‘The Illusionists’ To Conjure Fifth Holiday Season On Broadway