SEOUL (Reuters) – Samsung Group will discover the fate of its de facto leader on Thursday as South Korea’s Supreme Court rules whether to uphold the bribery conviction of Jay Y. Lee, in a scandal that unseated the president and trained public ire on corporate untouchables. 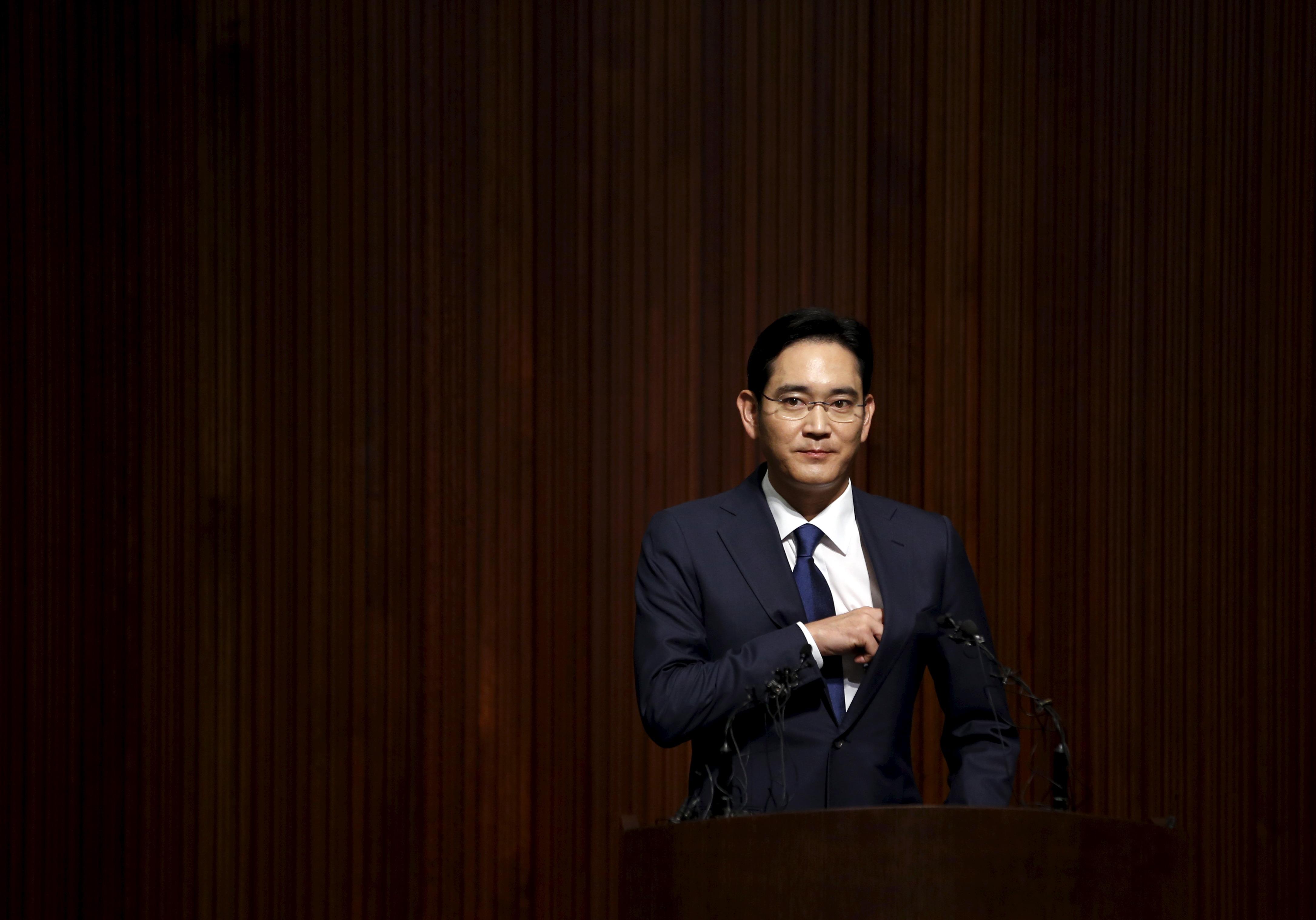 The ruling will also determine how much Lee, 51, can focus on steering the group’s flagship Samsung Electronics Co Ltd through falling profitability and Japanese export curbs on materials crucial for the world’s leading chipmaker.

The Supreme Court is also set to rule on appeals court decisions in the case against former President Park Geun-hye, who was impeached following the scandal and is serving a 25-year prison sentence on charges including bribery.

HOW IS SAMSUNG INVOLVED?

Park was impeached in March 2017, making her the country’s first democratically elected leader to be ousted from office. At her trial, she denied wrongdoing.

WHAT DECISION CAN THE SUPREME COURT TAKE?

Lee was found guilty in August 2017 on charges including bribery and embezzlement and received a five-year jail term. He was released five months later after an appeals court halved and suspended the sentence.

Both Lee and prosecutors appealed to the Supreme Court, which can uphold the appeals court’s ruling or ask it to reconsider its judgment. The latter could lead to the conviction being overturned or to a tougher sentence, legal experts said.

A sentence any longer than three years would mean immediate incarceration as a suspension is only permitted for terms of up to three years.

WHAT ARE THE STICKING POINTS?

The case centers on whether three horses donated by Samsung for the training of Choi’s daughter should be considered bribes aimed at winning Park’s favor.

Court documents showed Park asked Lee to help the daughter, and was convicted on grounds that the horses were bribes worth 3.7 billion won ($3.05 million). However, the horses were not recognized as such in Lee’s trial, helping reduce his sentence.

The court may also rule on whether there were any quid-pro-quo dealings between Park and Lee. Ruling in the affirmative could increase the severity of their punishment.

WHAT DOES IT MEAN FOR SAMSUNG?

Lee is poised to take control of the Samsung Group from his aged father. His titles include vice chairman of Samsung Electronics, the world’s biggest maker of smartphones and memory chips.

It also has to contend with Japan’s decision last month to restrict exports of chipmaking chemicals to South Korea following a diplomatic dispute. Japan dominates the market for the restricted chemicals.

Lee has since embarked on a high-profile mission to tackle what he called a “crisis”.

Vaccination mandates are an American tradition, and so is the backlash.