Home » World News » Factbox: Where the EU has made concessions in Brexit talks

BRUSSELS (Reuters) – While some of Prime Minister Theresa May’s critics have denounced her draft Brexit deal with the European Union as betrayal of Britain’s interests, the European Union has also given ground in the unprecedented negotiations. 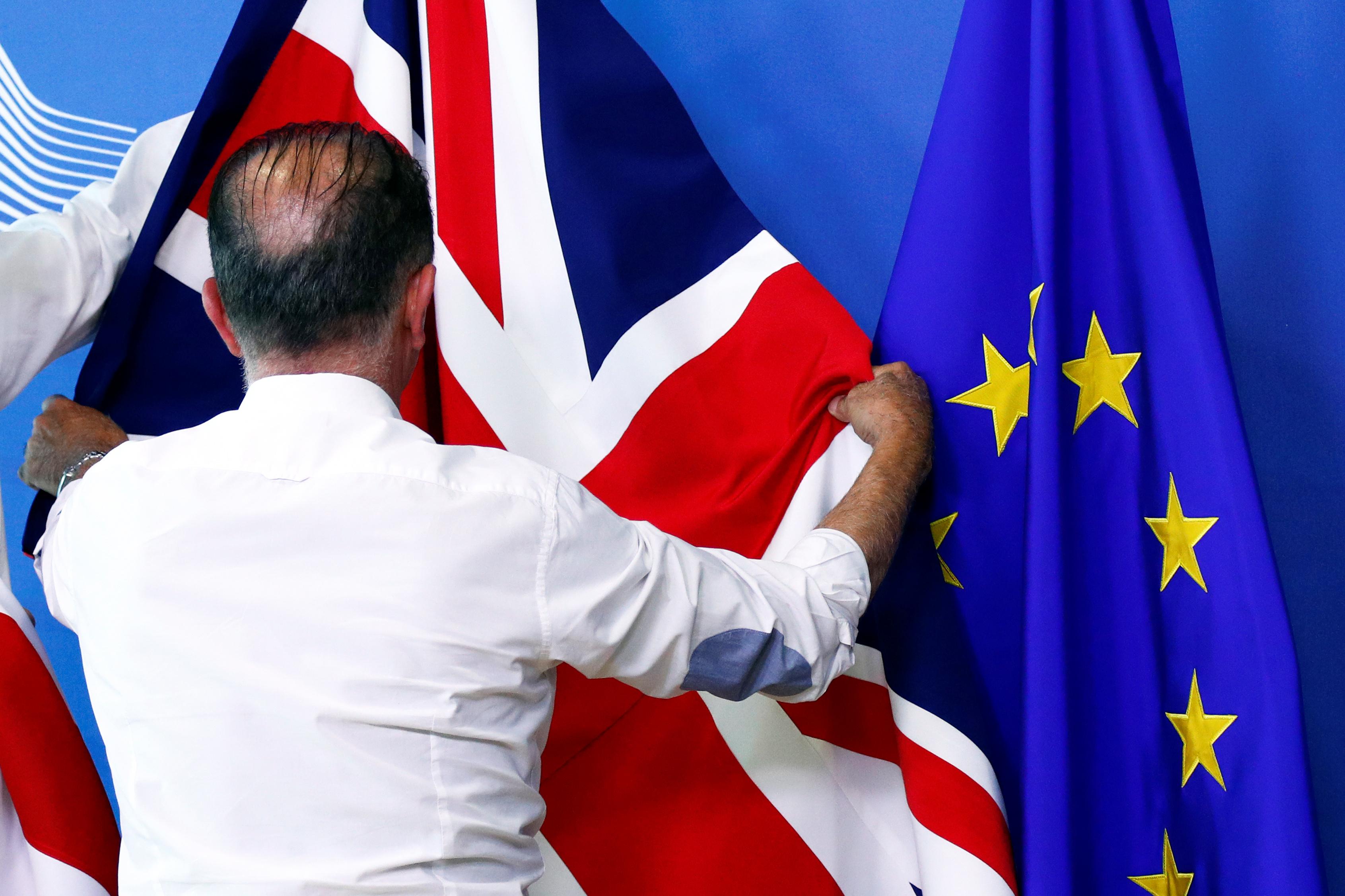 Several of the 27 member states that will remain in the EU after Brexit are uneasy that some concessions offered to Britain may be going too far. Here are examples:

The EU has long objected to allowing the whole of the United Kingdom to remain in a customs union with the bloc under the withdrawal agreement, saying it risked prejudging the two sides’ future trade relations in what is formally just a divorce deal.

Britain sought the all-UK option to prevent a return to extensive border checks on the island of Ireland. The EU had proposed to keep the British province of Northern Ireland – but not the rest of the UK – in the EU’s orbit. This was unacceptable to London, sinking a tentative deal in mid-October.

Brussels has now agreed to an all-UK customs arrangement. But it would also impose more EU rules on Britain, much to the annoyance of Brexiteers. This arrangement will be the fall-back option pending the outcome of negotiations on an EU-British trade deal which have yet to begin.

States such as France and Germany say the additional level-playing field conditions do not go far enough in preventing Britain from offering products on the EU market at a lower price by undercutting standards that apply to member states.

The EU initially wanted its top court, the Luxembourg-based European Court of Justice (ECJ), to be the chief policeman of the divorce deal. For Britain, however, escaping the court’s jurisdiction was a chief objective.

In the end, the draft withdrawal agreement creates a complex matrix of mechanisms for arbitration and dispute settlement in which the ECJ has a big say but is not omnipotent.

“The ECJ’s role will be restricted to the interpretation of EU law and will not be a forum for resolving disputes. The arbitration panel will decide the case based on all the facts before it,” a spokesperson for the UK government said.

The EU wanted to roll over the current system of mutual access to fishing waters after Brexit. But that often means EU boats fishing in the rich UK waters and London has sought exclusive control of them.

The draft agreement leaves the matter open for more talks. France has led criticism among EU states that this arrangement does not protect the bloc’s interests enough.

To ensure the rights of more than four million Britons living in the EU and Europeans living in the UK, the bloc’s starting point was to keep all their privileges unchanged.

But ending the automatic right of EU citizens to live in Britain – which many people in the UK felt put too much strain on the labor market and public services like schools and hospitals – has been another top priority for London.

The European Parliament, which must sign off on the Brexit deal, is dismayed that EU citizens may now have to pay to confirm their residence in Britain.

EU citizens would also risk losing their status if they left Britain for more than five years, among other examples of how their current rights will be restricted.

The EU had wanted a specific sum to be agreed for Britain to pay the bloc to cover its outstanding obligations, but in the end the sides agreed on a joint methodology to calculate that later.

Despite the EU seeking to phase out various member states’ rebates, the UK would keep its “mother of all rebates” during the post-Brexit transition period.

The EU has yielded little on this, refusing to extend “passporting” rights that currently allow Britain’s huge financial sector to sell services to clients anywhere in the bloc.

The EU sees agreeing future access to its financial markets as its chief leverage in the negotiations on the broad new relationship with Britain. “At the moment, the Brits get absolutely nothing,” one national diplomat said.

Britain will move to the EU’s equivalence system after Brexit under which the bloc allows foreign financial firms access case by case.

The EU is, however, committing to try to conclude its equivalence assessments before July 2020, or before Britain leaves a transition after Brexit day in March 2019, a gesture towards London’s vast financial services industry.

Who is rapper Mo3 and why do fans fear he was shot dead?