Furious Scots families protested outside the home of one of Britain’s most dangerous sex offenders nicknamed the ‘Da Vinci rapist’ who was given a house in their tightknit neighbourhood.

Robert Greens, 44, brutally raped and beat a Dutch student near Rosslyn Chapel in Midlothian, which features in Dan Brown’s novel The Da Vinci Code, in 2005 – suffering such horrific injuries that medics initially believed that they had been caused by a car crash.

The 19-year-old victim was held at knifepoint during the terrifying ordeal, which saw Greens jailed for 10 years.

However, now the rapist – whom locals believe is a high risk to reoffend – has been housed amongst a community filled with families.

Locals discovered his new location last week and have staged several protests outside the property since then.

Neighbours last night sang songs and chanted ‘Robert Greens, sex offender’; ‘we shall not be moved’ and ‘what do we want? Rob Greens out… When do we want it? Now’ – before pinning a sign reading ‘rapist scum get oot’ to the monster’s front door. 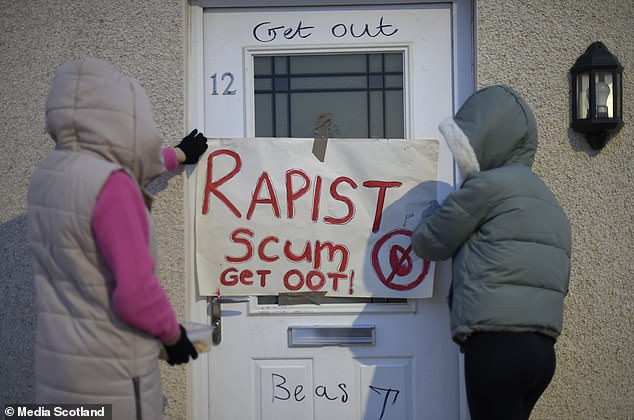 Protestors stick a sign saying ‘Rapist Scum, Get Oot’ on the door of a convicted rapist 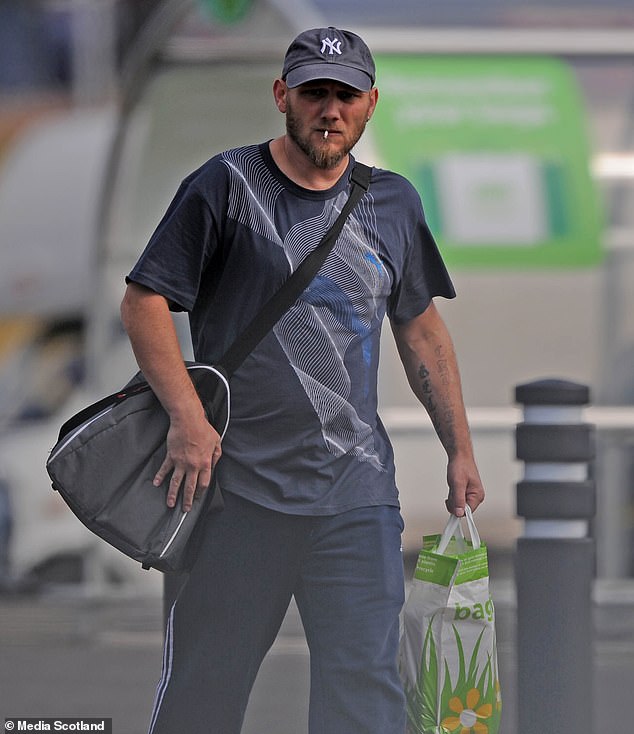 Robert Greens brutally raped and beat a Dutch student near Rosslyn Chapel in Midlothian, which features in Dan Brown’s novel The Da Vinci Code, in 2005 – suffering such horrific injuries that medics initially believed that they had been caused by a car crash 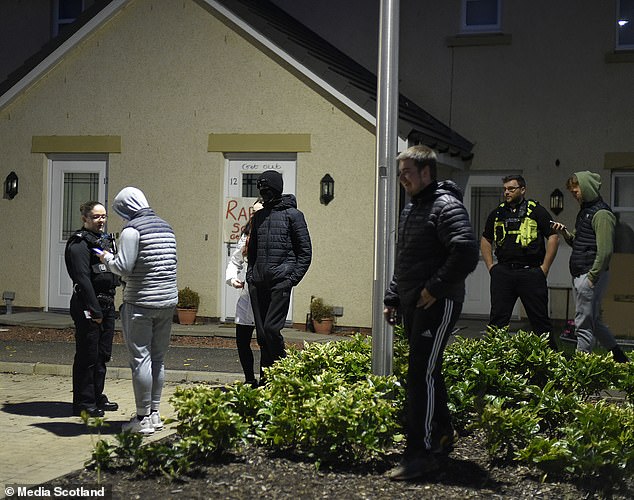 Father-of-two Tim Fitchett said: ‘There was a good turn out of around 20 or 30 people. The police turned up to make sure there was no public disorder – but this is a peaceful protest. We have very serious concerns about him living anywhere in Midlothian – not just Danderhall.

‘We are not going to give up until he is moved out of Midlothian. It is disgusting that he has been placed here.

‘This man has been convicted of what has been described by the judge who sentenced him as ‘the worst sex crime that has been brought to court in Scottish history’. If that is the case, then surely someone with any common sense would realise that maybe he shouldn’t be placed back in an area where he has lived – an area that he knows well.

‘We have got serious concerns about what could potentially happen to someone in our community.’ 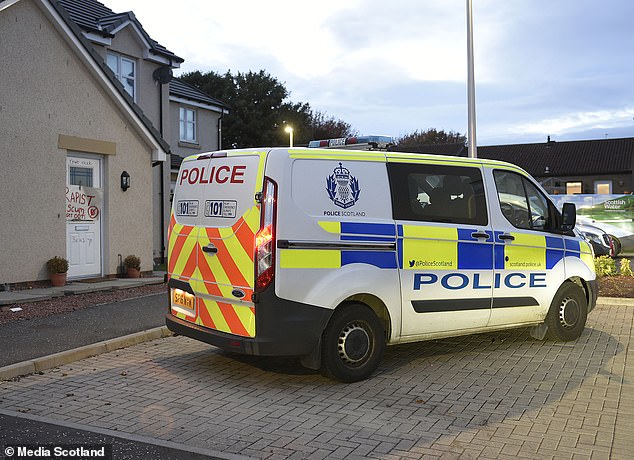 Police pictured outside the home of Green, where a sign was posted to his front door 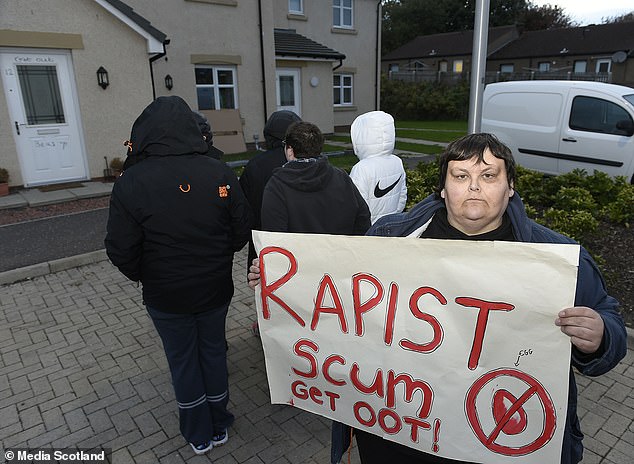 Yesterday Scots mother Daniella Quin said she doesn’t feel safe in her own home and was forced to barricade a window after Greens was housed above her – and pictures taken yesterday showed the words ‘get out beast’ penned on Greens’ door.

Mr Fitchett said: ‘The experts have said he is a high risk to reoffend. There are care workers in this area that are refusing to work at certain times of the evening because they don’t feel safe. There is the woman living down below him that is absolutely petrified.’

He added: ‘We just want to make it very clear that if there has been any vandalism or anything thrown, it has not been done by anyone related to this protest group. We are not thugs.

‘We are all very peaceful people and this is a peaceful protest. We are just here singing songs, nothing violent.

‘We have made it very clear to the police that we are here for the long haul and we will continue to come down here until he is moved. We are going to make sure our voice is heard and we will be down here every single day.

‘We are trying to get as many people involved in this as we can just now. The only way this is going to get resolved is by the council approaching us and getting round the table with us and asking what our concerns are.’

Greens was freed from prison in 2012, having served two-thirds of his sentence. The following year, he was returned to jail after he broke one of the conditions of his release by visiting the hometown of his former wife.

He was again released in 2017 but hauled back to prison after another breach.

The protest group are dubbed ‘Remove Robert Greens from Danderhall’ and organise demos on Facebook and TikTok.

A Police Scotland spokesperson said: ‘Police were made aware of a gathering outside a property in Neatoune Court, Danderhall, around 6.30pm on Tuesday, October 11. Officers are in attendance.’

A Midlothian Council spokesman said: ‘We do not comment on individual cases. Public safety is of paramount importance and, where appropriate, we work with our partners to ensure that there are robust processes and procedures in place.’