FARMFOODS have been hilariously trolled online as one of their kebab products has been accused of looking like "offcuts of a carpet".

The Kebab Meat and Cheesy Chips item, which can be found in Farmfoods branches across the UK, is being sold for just £1, however it does not seem to have been a hit with social media users. 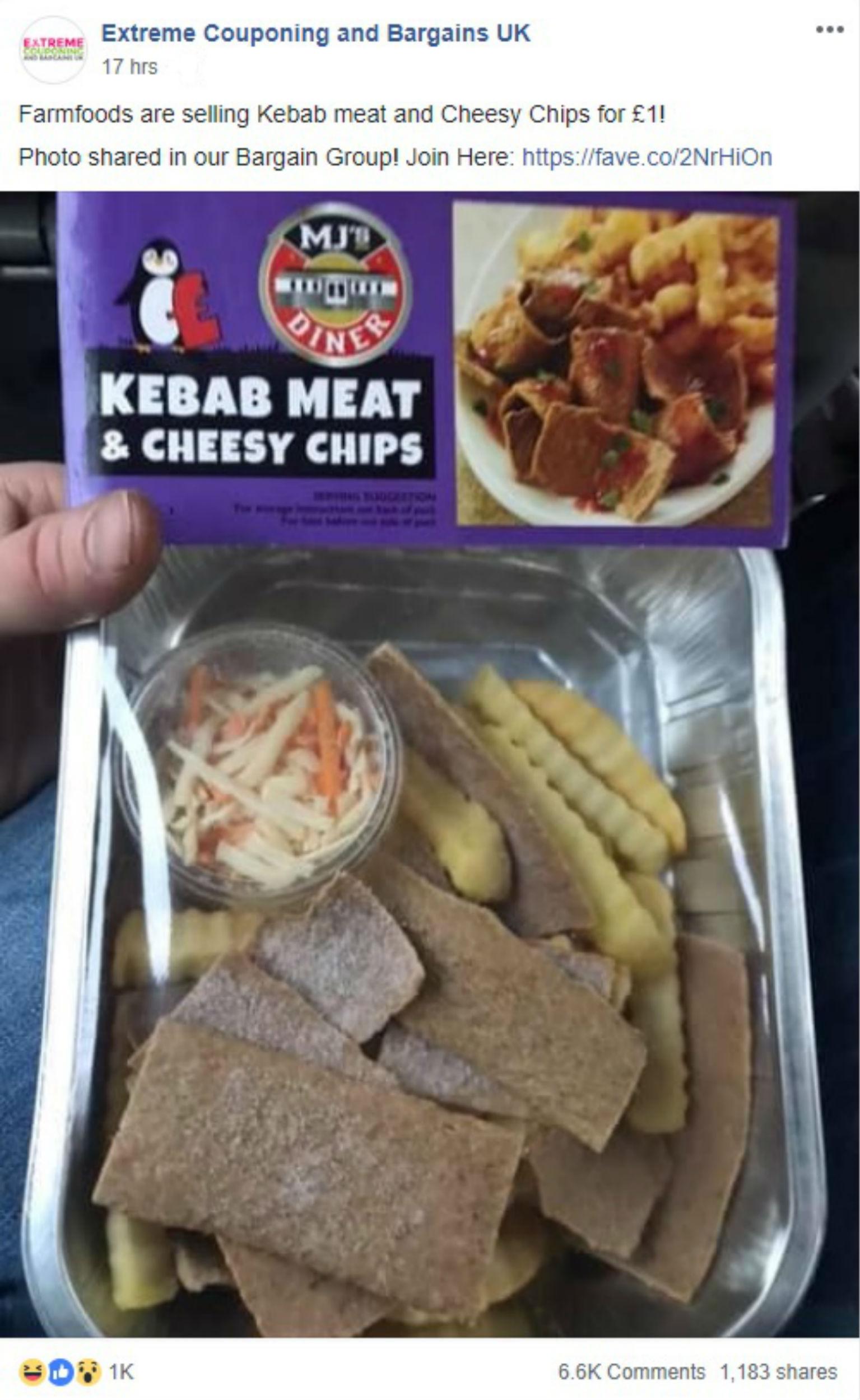 An image of the find was posted on the Extreme Couponing and Bargains UK Facebook group yesterday with the caption: "Farmfoods are selling Kebab meat and Cheesy Chips for £1!"

Pictures show a handful of chips encased in a metal tin.

They are joined by a small pot of grated cheese and slices of doner kebab meat.

The kebab meat is cut into perfectly cut rectangles, unlike the shavings of meat normally found in a doner kebab.

The product is described as being: "Cooked sliced doner kebab meat with crinkle cut potato chips with grated coloured analogue, mozzarella and edam mix and frozen." 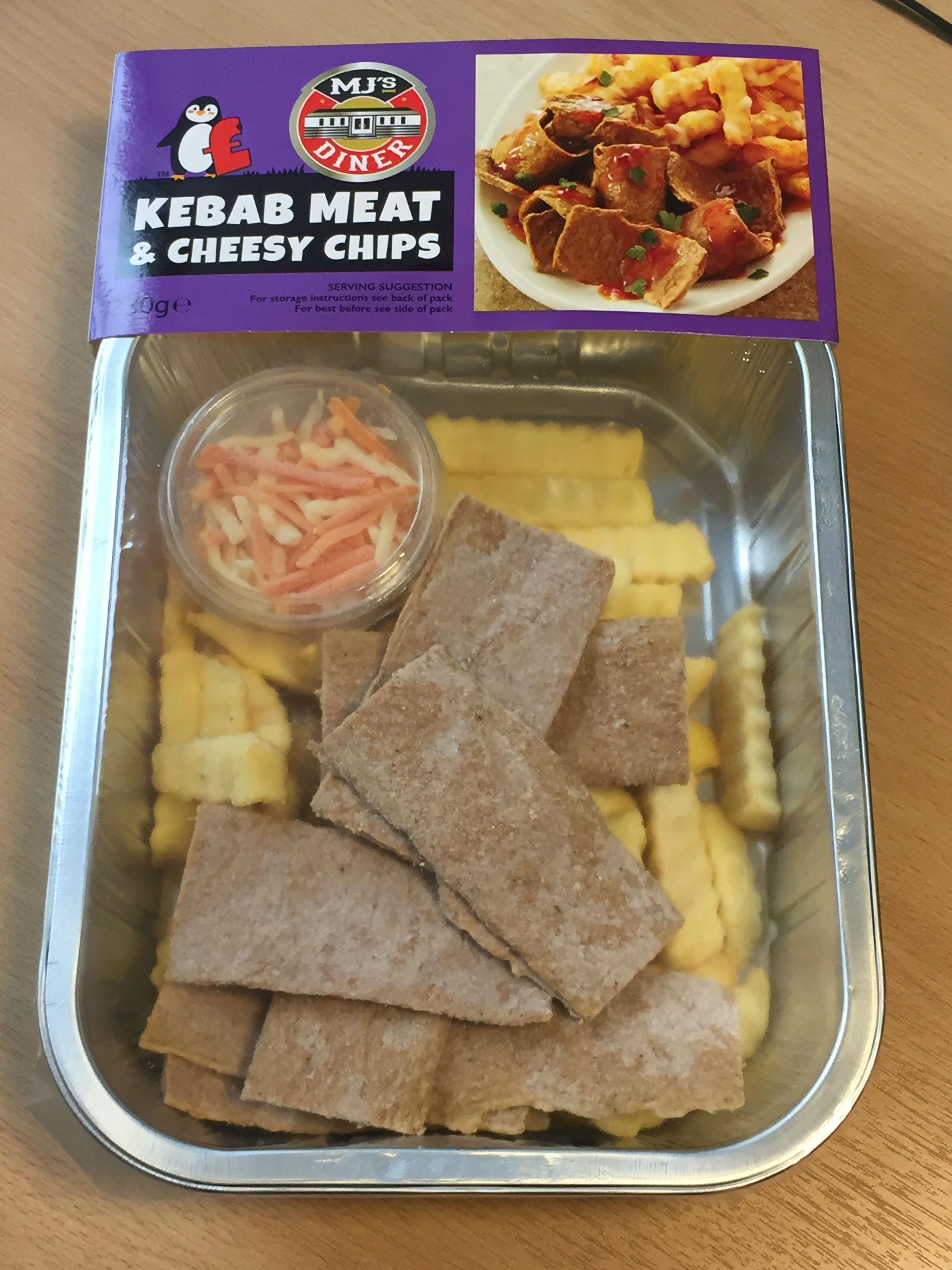 Ricky Arsenal Sargeant reacted by saying: "If Jeremy Kyle was a dinner."

Amy Lawrenson commented: "This is the sort of meal one would eat before a sad w*** and an early night alone."

Repulsed by the post, Carla Jackles commented: "I just got ecoli and needed a tetanus just looking at this."

Paul Boyd was not a fan either. He said: "I'd rather eat the tin."

Daniella Marie King commented that the product "looks like off cuts of a carpet".

In reference to the news this week that Greggs were launching a vegan sausage roll, Lindsey Elliott said: "This exists and people lose their s*** over a sausage roll that has no meat in it."

Although were some social media users who defended the product.

Kerrie Alice Ayres said: "Never judge a book by its cover. It might taste nice."

Olivia Gordon wrote: "Would love to just shove a kebab in the oven after college tbf."

Eleanor Callows commented: "It’s actually really nice. I’m gutted it’s been shared, be none left when I go to get some now."

The kebab meat and chips delicacy is usually adored by drunken revellers after a night out.

Last month a video emerged online of a man throwing kebab meat and chips at the face of a homeless man in Derby city centre.

Royal town of Windsor is named cheating capital of Britain