Up to eight inches of snow was expected to fall on higher ground, with warnings of power blackouts and rural communities being cut off by deep drifts. Experts said the big freeze would emerge after heavy rain as cold air from the North pushed its way down eastern Britain. The Met Office issued an amber warning – indicating a potential danger to life – for the chilly weather front stretching from Inverness in northern Scotland to Darlington, County Durham.

Chief meteorologist Paul Gundersen said: “There is cold air from the North pushing down the East and warm air moving in from the West. Where these two air masses meet a weather front is bringing some heavy rain, which is turning to snow in places.”

The Met Office added: “An area of rain pushing north-eastwards is expected to turn to snow in places as it encounters colder air across Scotland and parts of northern England. At first the main hazard may be of rain falling on to frozen surfaces leading to ice, especially on higher level routes. However, snow becomes more likely at least for a time today.”

The amber warning – in place from 3pm yesterday to 10am today – came on top of a wider, yellow warning of disruption for severe snow and ice until 9pm tonight. Forecasters said higher ground in regions including Grampian, Fife and Tayside would be worst hit, with between four and eight inches, but some lowland areas would get two inches. 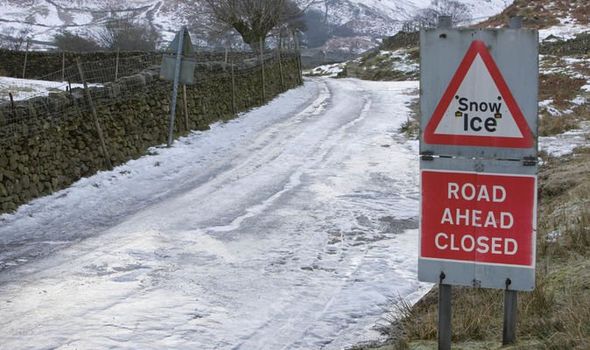 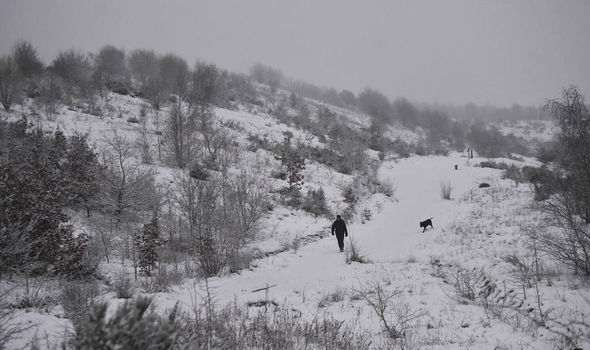 English areas including Newcastle, Derbyshire, Cumbria, Greater Manchester, Lancashire, and parts of Yorkshire and Humber may be at risk as temperatures plunge to -5C.

He explained: “The conditions will likely cause difficult driving conditions and disruption.

“So it’s important that anyone that has to make an essential journey during the warning period plans their journey.

“The current Covid restrictions mean you should only be leaving your home for an essential purpose.”

The snow should die out by tomorrow but wintry weather will continue into next week, with the possibility of Beast from the East Two striking midweek.