The Federal Reserve is taking off the gloves in its bid to fight a historic surge in inflation.

The Fed held its key interest rate near zero Wednesday but said it will “soon be appropriate” to raise it, hinting that a rate hike in March is all but certain. The increase would be the first in more than three years and kick off what’s likely to be a flurry of three or more quarter-point increases this year aimed at reining in sharply rising consumer prices.

Speculation about the widely expected move has been a major reason for the stock market’s sharp selloff this month.

In a statement after a two-day meeting, the Fed didn't say the economy has reached full employment, which would fulfill the central bank’s second condition for raising rates, but it did cite a "strong labor market." The Fed previously said its other benchmark – inflation running above 2% for “some time” – had been met. 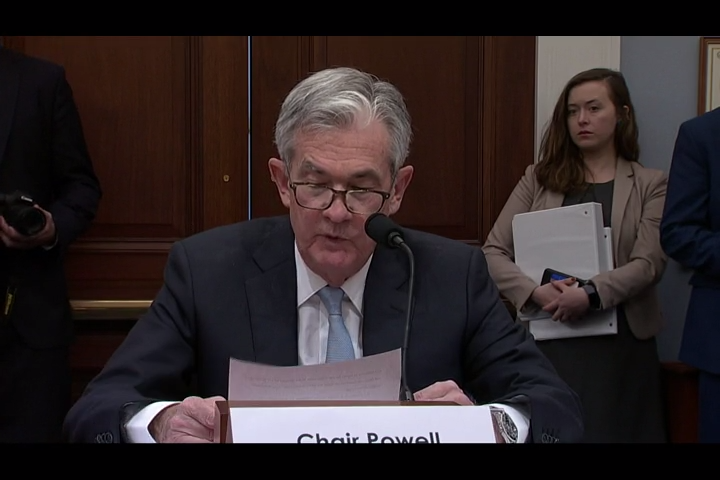 TAX GUIDE: IRS accepts tax returns. What to know about your refund before filing taxes.

“With inflation well above 2% and a strong labor market, the Committee expects it will soon be appropriate to raise” its key interest rate, the Fed said.

The central bank increases rates to curb borrowing, temper an overheated economy and stave off inflation spikes, and it lowers them to spur borrowing, economic activity and job growth.

What happens when the Feds raise interest rates?

A rise in the Fed’s key rate would push up rates for mortgages, auto loans, credit cards and business loans, among other borrowing costs.

The Fed, which separately has bought trillions of dollars in Treasury bonds and mortgage-backed securities to lower long-term rates, said it will conclude those purchases in March, clearing the way for rate increases.

The bond-buying has swollen the Fed's balance sheet to a massive $8.8 trillion. The central bank said it began discussing plans to shrink the portfolio, a move aimed at pushing up long-term rates.

SAVE BETTER, SPEND BETTER: Get daily money tips and advice sent to your inbox. Sign up here.

How is the economy?

Overall, the Fed depicted an economy that has "continued to strengthen" – presumably allowing it to get by with less support from the central bank – but is affected by the health crisis.

"The sectors most adversely affected by the pandemic have improved in recent months but are being affected by the recent sharp rise in COVID-19 cases,” the Fed said, referring to the omicron variant of the coronavirus.

What is today's Fed interest rate?

Wednesday’s moves mark a turnabout for a central bank that had been focused on helping the nation heal from the recession and 22.4 million job losses caused by the pandemic. In March 2020, as the COVID-19 crisis upended the economy, the Fed slashed its benchmark rate to near zero and launched the bond-buying. In early November, Fed Chair Jerome Powell said officials would be patient and hold off on raising rates so the economy could reach full employment – an environment in which virtually anyone who wants a job has one.

What is unemployment rate?

Unemployment fell to 3.9% in December, not far above its pre-COVID-19 level of 3.5%, a 50-year low. But payrolls are still 3.6 million workers shy of their pre-pandemic mark. Millions of Americans remain outside the labor force – the pool of people working and looking for jobs – because they fear COVID-19 or struggle to find child care, switched careers or live off relief checks or enhanced unemployment benefits.

Powell said it probably will take longer than anticipated for Americans to return to the workforce, and top economists said many, including millions of early retirees, never will. A smaller labor supply could prolong widespread worker shortages and drive wages and inflation higher, providing the Fed another reason to act swiftly.

What is the inflation rate?

Inflation hit a 40-year high of 7% in 2021, and Fed policymakers feel a growing sense of urgency to tame it. In the third quarter, wages and salaries climbed at the fastest pace in two decades, raising concerns of a wage-price spiral that could be difficult to contain.

Last year, Powell called the price surges “transitory” and traced them to the pandemic and reopening economy. Used cars, hotel rates and airline fares bore the brunt of the spiraling costs.

But at a congressional hearing in late November, he acknowledged that higher prices affected a broader range of products and services and the supply chain bottlenecks behind much of the advances could linger well into 2022. Although higher interest rates can’t fix supply snags, they can tamp down the strong consumer demand – stoked by federal stimulus checks and enhanced jobless benefits – that amplified the product shortages and price gains.

Last month, the Fed accelerated the phaseout of its bond-buying stimulus to pave the way for earlier and faster rate increases. Powell said officials aren’t likely to withdraw support from the economy by lifting rates at the same time they’re adding support by purchasing bonds,

How fast should the Fed raise rates?

The big question: How aggressively will the Fed boost rates?

In December, Fed officials forecast three rate hikes this year and three more in 2023, leaving the rate at 1.6% by the end of 2023, but federal fund futures markets expect four bumps this year. Goldman Sachs economist David Mericle said the Fed could hike more than that, possibly even at each of the seven remaining meetings in 2022, though he acknowledged that “few Fed officials appear to be considering it for now.”

The Fed faces a tricky balancing act. Excessive rate hikes while growth is slowing – from a booming 5.5% or so in 2021 to a still-healthy projected 4% this year – could risk nudging the economy into another recession. The supply snarls and wage increases are likely to ease this year as COVID-19 wanes and more Americans go back to work, posing the risk that the central bank hikes too much with inflation already cooling.

Fed officials, however, have said there’s also a risk that skyrocketing inflation will derail the recovery – a hazard they’re trying to avoid.

At its meeting, the Fed’s policymaking committee also discussed plans to shrink its $8.8 trillion balance sheet, which has ballooned because of the bond purchases. Instead of selling the bonds outright, which could disrupt markets, the Fed plans to gradually trim the holdings by not reinvesting the proceeds from some of the assets as they mature.

The Fed said it would begin reducing the balance sheet after rate hikes have started.

Goldman Sachs expects the Fed to begin shrinking its portfolio in July and cut it to about $6.3 trillion over the next couple of years, equivalent to slightly more than one-quarter-point rate hike.