Festive flights to US in jeopardy: Brits must take Covid test 24 hours before take-off and face SEVEN-DAY isolation on arrival under emergency plan to stem spread of new omicron variant – with flouters facing FINES

British families looking forward to Christmas holidays in the US face having their plans thrown into chaos as Joe Biden considers tougher entry requirements – including forcing arrivals to quarantine for seven days.

Fully-vaccinated travellers from all countries may now have to take a PCR or lateral flow test within a day of departure – a reduction from the current three days, according to a plan discussed by US officials.

The President is also considering whether to require air travellers to get another Covid-19 test within three to five days after arriving in the United States, three anonymous health officials told the Washington Post.

In addition, the US is debating whether all passengers must quarantine for seven days, even with negative test results – which would deal a crippling blow to the travel industry and force thousands of Britons to cancel trips.

Those who flout the requirements could face fines – and talks at the White House come amid mounting concern over the new the Omicron variant, which has been identified in more than 20 countries but not yet in the US.

In England since yesterday, fully-vaccinated people entering the country are now required to self-isolate until they receive a negative result from a PCR test taken by the second day after they arrive. 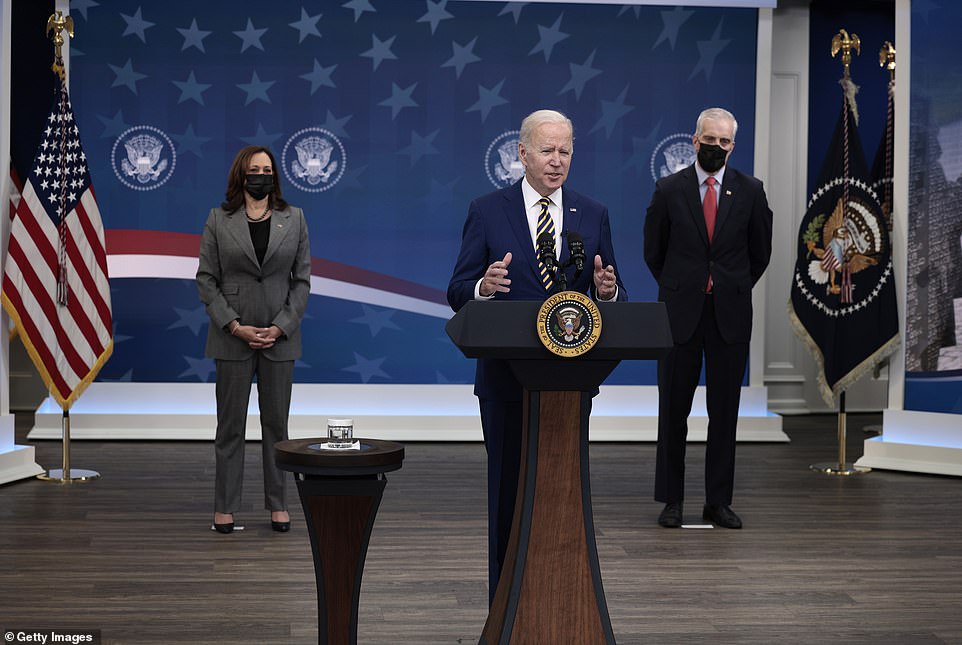 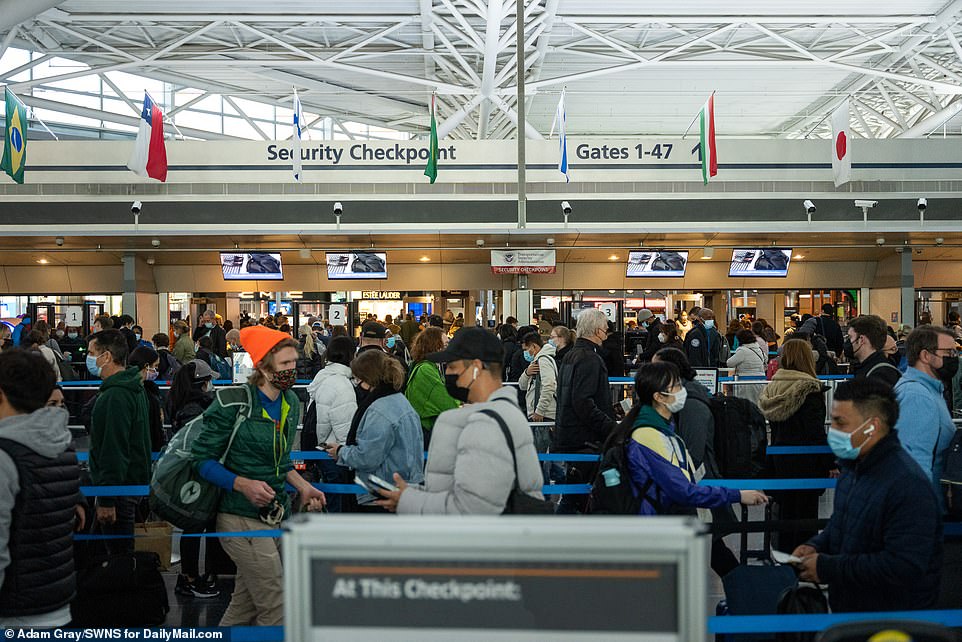 The US Centers for Disease Control and Prevention confirmed yesterday that it was working towards requiring that all air travellers to the US be tested for Covid-19 within a day before boarding their flight.

A CDC spokesman said: ‘CDC is working to modify the current Global Testing Order for travel as we learn more about the Omicron variant; a revised order would shorten the timeline for required testing for all international air travelers to one day before departure to the United States.’

What are the current rules for Britons entering US?

Fully vaccinated adults arriving in the US from Britain must get a Covid-19 PCR or lateral flow test no more than three days before their flight leaves the UK.

They do not have to quarantine upon arrival, but are recommended to take a test within three to five days of arrival in the US.

Their final vaccine dose must have been administered at least 14 days prior to travel to be ‘fully vaccinated’.

Adults who are not fully vaccinated

Only those with an exception or US citizens, US nationals, and US lawful permanent residents will be able to enter the US if they are not fully vaccinated.

Travellers that are not fully vaccinated who meet these criteria will need to test no more than one day before travel or present a negative result or documentation of having recovered from Covid-19 in the past three months to the airline before boarding the flight.

Upon arrival, they must take a test within three to five days – and self-quarantine for seven days after arrival even if testing negative, unless they have an exception.

They must also become fully vaccinated if staying 60 days or longer – within 60 days of arrival in the US or as soon as medically appropriate – unless they have a medical contraindication or are too young to be jabbed.

Children under the age of 18 who are not fully vaccinated are exempt from the quarantine requirement but should take a test three to five days after arrival.

Children under two years old do not need to do a test.

The precise testing protocols were today still being finalised ahead of a speech by Mr Biden planned for tomorrow on the nation’s plans to control the Covid-19 pandemic during the winter season, according to a senior administration official who said some details could still change.

CDC director Dr Rochelle Walensky added: ‘CDC is evaluating how to make international travel as safe as possible, including pre-departure testing closer to the time of flight and considerations around additional post-arrival testing and self-quarantines.’

The official, who spoke on the condition of anonymity to discuss the administration’s plans before the announcement, said options under consideration also include post-arrival testing requirements or even self-quarantines.

The CDC currently recommends post-arrival testing of three to five days after landing in the U.S. from overseas and self-quarantine for unvaccinated travellers, although compliance is voluntary and is believed to be low.

The move comes just weeks after the US largely reopened its borders to fully vaccinated foreign passengers on November 8.

The country also instituted a two-tiered testing system that allowed fully vaccinated travellers more time to seek a pre-arrival test, while requiring a test within a day of boarding for the unvaccinated.

Much remains unknown about the new variant, including whether it is more contagious, whether it makes people more seriously ill, and whether it can thwart the vaccine.

Dr Anthony Fauci, the top US infectious disease expert, said more would be known about the Omicron strain in two to four weeks as scientists grow and test lab samples of the virus.

As he sought to quell public concern about the new variant, Mr Biden said that in his speech tomorrow he will be ‘putting forward a detailed strategy outlining how we’re going to fight Covid this winter – not with shutdowns or lockdowns but with more widespread vaccinations, boosters, testing, and more.’

Asked by reporters if he would consult with allies about any changes in travel rules, given that former president Donald Trump had caught world leaders by surprise, Mr Biden said, ‘Unlike Trump I don’t shock our allies.’

Mr Biden also said the US travel bans on just the southern African nations would stay in place, without referencing the other places where Omicron has been detected.

He told reporters: ‘We’re going to learn a lot more in the next couple weeks about the lethality of this virus, about how much it spreads, what we have to control it, etcetera,’ he told reporters. 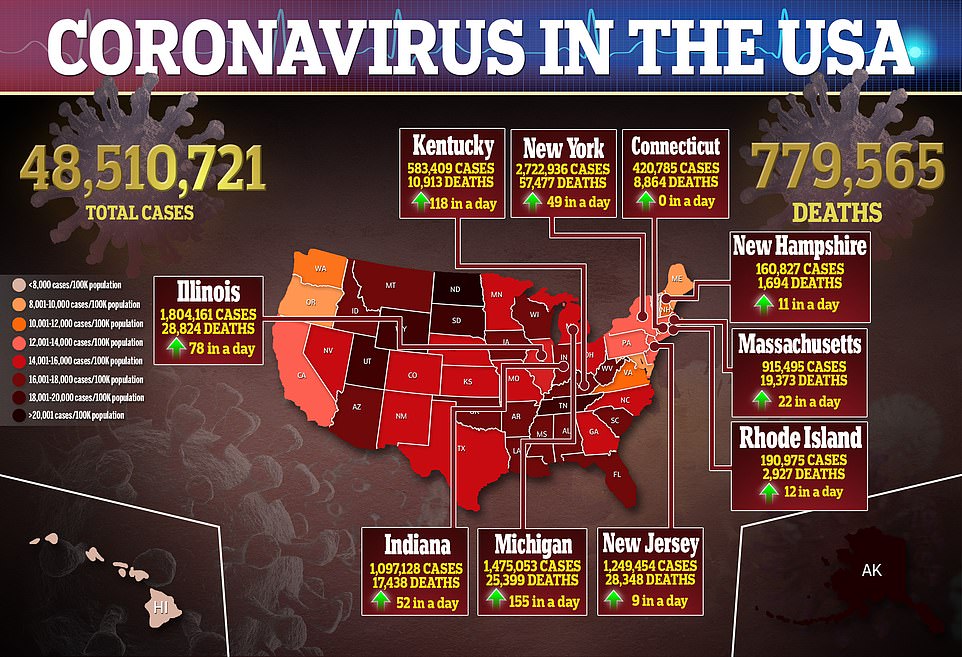 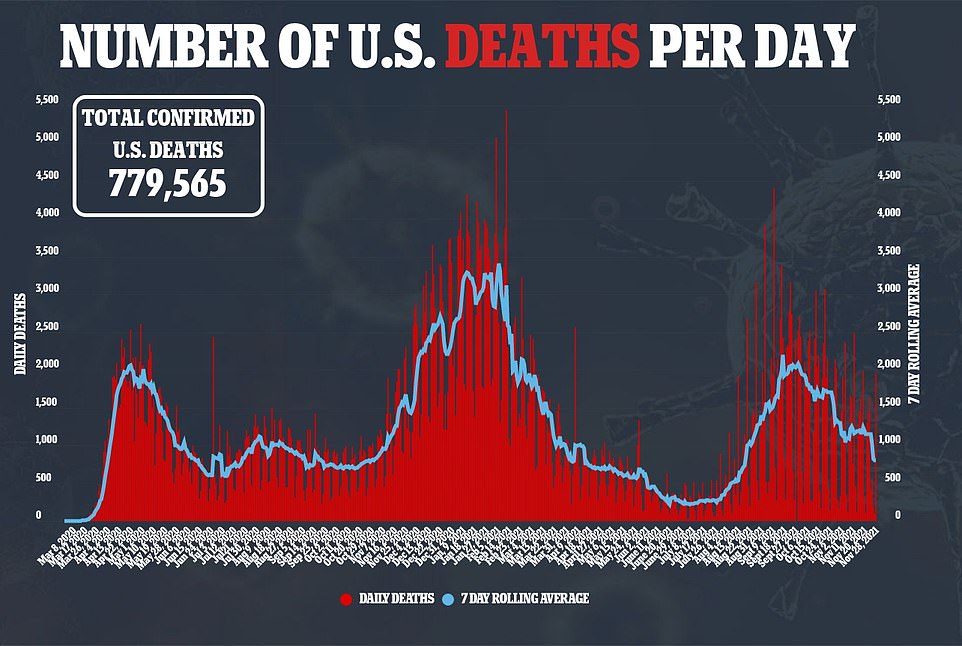 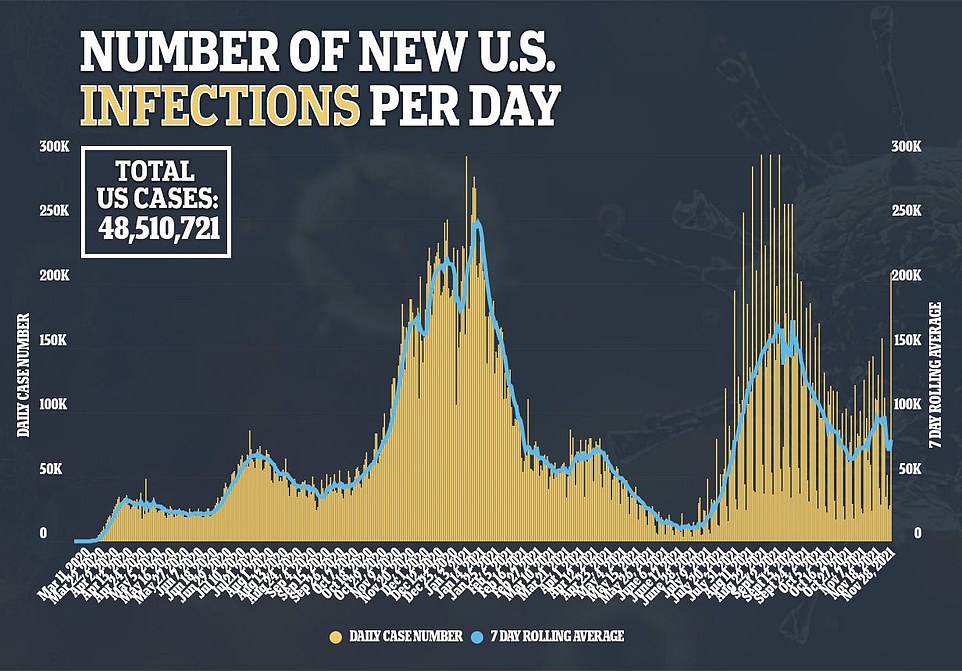 Asked by reporters if he would consult with allies about any changes in travel rules, given that former president Donald Trump had caught world leaders by surprise, Mr Biden said, ‘Unlike Trump I don’t shock our allies.’

The US has suspended entry into its country for non-citizens who have been in Botswana, Eswatini, Lesotho, Malawi, Mozambique, Namibia, South Africa and Zimbabwe during a 14-day period prior to their arrival.

The World Health Organization believes the high number of mutations on this variant may make it more transmissible or resistant to vaccines.

However it could take weeks to determine whether and to what extent Omicron is vaccine-resistant.

Colorado wildfires: State shifts strategy to “fight fires when they are small”