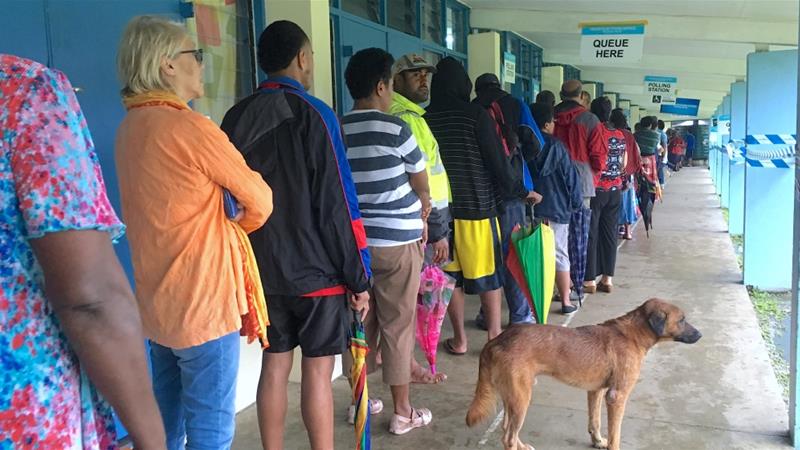 Fijian Prime Minister Frank Bainimarama is set to win re-election, with a provisional count showing his FijiFirst party holding a comfortable lead in the general elections.

Over 500,000 Fijians were eligible to vote in Wednesday’s vote, according to the Fijian Elections Office (FEO) website, but some voting has been delayed due to bad weather and heavy rains in the South Pacific nation. Authorities said around 8,000 voters were affected.

Bainimarama has held power in the island nation since 2007, when as military chief he led a bloodless coup. In 2014, he resigned from the military and became prime minister in a landslide victory at the first poll since the coup.

Results posted on the government’s Twitter account on Thursday morning showed FijiFirst leading with nearly 52 percent of the 367,350 votes counted.

The party of Bainimarama’s main opponent Sitiveni Rabuka, who is also a former coup leader and has served as a prime minister for a long time, is in the second place. The Social Democratic Liberal Party (SODELPA) has 38 percent support, according to partial results.

FijiFirst supporters say it has helped heal racial divisions by introducing equal rights for Indian-Fijians, a sizable minority brought in to work on sugar plantations during British colonial rule.

It has also overseen a prosperous period for the tourism-driven economy, which is growing by more than three percent a year.

On Thursday, campaign Blackout Period was extended because of the delayed voting, but the media were allowed to report the preliminary results, Media Industry Development Authority (MIDA) chairperson Ashwin Raj said on Wednesday.

Polling has been rescheduled for November 17 at the booths where voting was delayed, the Supervisor of Elections, Mohammed Saneem, announced on Thursday.

Fiji was isolated diplomatically after the 2006 coup, but its return to democracy has seen it welcomed back into the international community.

Initially branded a dictator by regional powers such as Australia and New Zealand, Bainimarama has gained international acceptance since the 2014 election.

He has campaigned on the global stage for climate change action, chairing the United Nations’ COP 23 talks on global warming and highlighting the plight of island nations threatened by rising seas.

However, Amnesty International says Bainimarama’s government is yet to fully restore freedoms that were suspended for several years after the 2006 coup.

“Since the last general elections in 2014, the human rights situation in Fiji has remained under attack,” it said ahead of the vote, pointing to police brutality, curbs on freedom of assembly and media, as well as persecution of rights advocates. 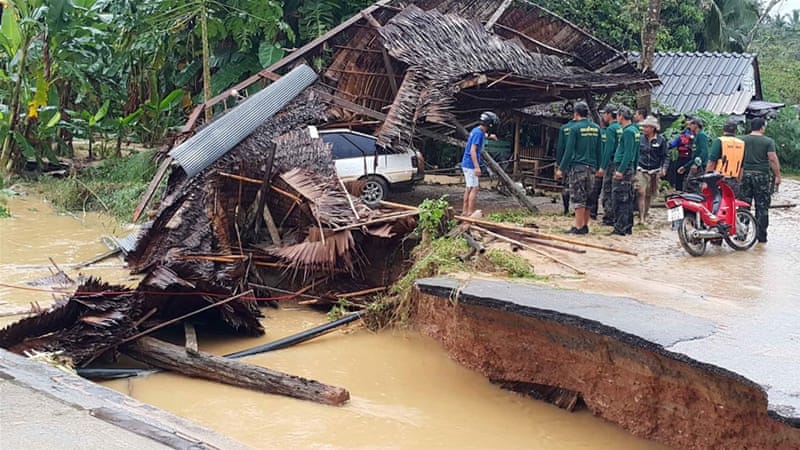 How to help those displaced by climate change?