A significant factory fire expelling plumes of thick smoke is ablaze along a major thoroughfare in Melbourne’s northern suburbs.

More than 12 firefighting crews have been called to the blaze on High Street, in Preston, near the corner of Spencer Street, which jumped to the neighbouring Preston Hotel on Friday morning. 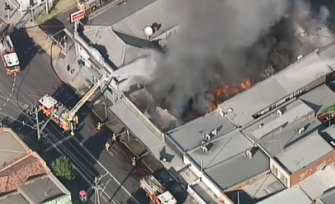 Emergency authorities said that while there was no threat to surrounding communities, people sensitive to smoke should close their windows and doors and advised heating and cooling systems should be turned off. 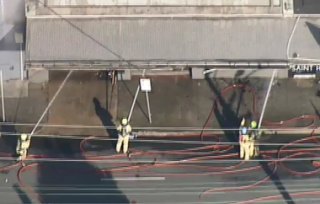 Smoke from the Preston fire.Credit:Nine News

According to the Department of Transport, High Street is closed in both directions between Regent Street and Wood Street due to the building fire.

“A lot of smoke is in the area,” the department said in a statement on Friday morning. “Motorists are advised to avoid High Street and keep windows closed. Use Spring Street or Plenty Road instead.” 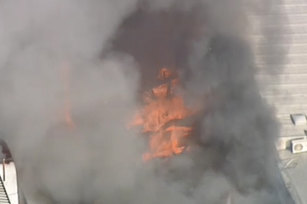 A factory was ablaze in Preston on Friday.Credit:Nine News

101-year-old Italian man recovers from coronavirus, gets released from hospital