The village on Abaco Island doesn’t have a name, it never did. It doesn’t matter now – it doesn’t exist.

Once home to 2,000 people, it is nothing more than a chopped up ruin of broken wood.

As we circled overhead we were amazed to see signs of life, washing on clothes lines and then a glimpse of one person, then another, emerging from the rubble and waving to our helicopter.

We landed on a road to the village and walked towards them carrying a couple of cases of water and some boxes of energy bars, it was all we had.

I shook hands with them all as they opened water bottles and munched on the bars.

They are all originally from Haiti and were workers on a farm that closed years ago.

They never left but have continued to live in this community all but cut off from the outside world. After the storm they really were cut off.

Most of the survivors fled in the aftermath, leaving a small group behind. 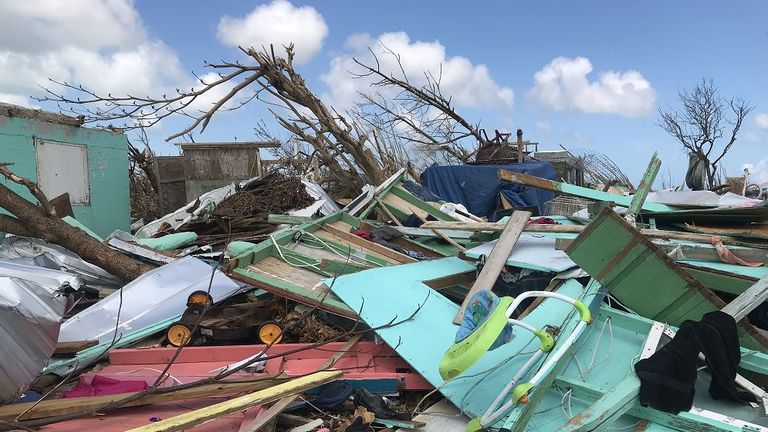 They have no surviving vehicles and no way of communicating with anyone. Nobody knew they were here. They were forgotten in the chaos.

They took us into what was the centre of the village. How anyone survived here is quite remarkable; it has been obliterated.

Nothing survived. The wooden shacks were simply wiped out.

They told me that the entire village was flattened within minutes of the storm hitting.

First the roofs came off, then the walls collapsed.

The entire village ran into the countryside and hid beneath cars and rusting disused farm vehicles. There they rode out the storm. Not one person died. It is simply staggering.

What happened here was horrendous. The emotional toll it has taken on the survivors is difficult to imagine. Everything must seem so hopeless. 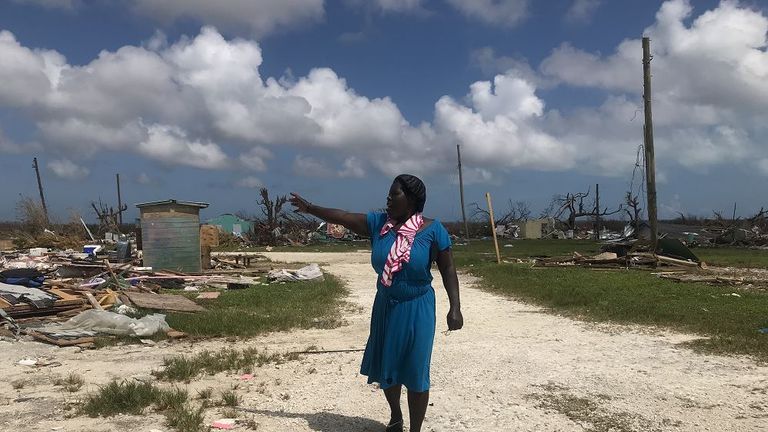 One of the older women was laughing and telling me she wanted to go to Miami. Within a few seconds she was sobbing. Tears pouring down her cheeks as she buried her head in her hands.

I knelt down but didn’t know what to say. I had no words of real comfort. She had seemed so strong. But inside she is hurting.

What can I possibly to say to someone who has lost everything and has absolutely no idea what is going to happen to her? Her community, everything she knows, has gone.

None of the survivors have been able to speak to their relatives since the storm. They used our satellite phones to call home. Mark St Vincent was the first. He rang his wife, who escaped with their baby immediately after the storm. 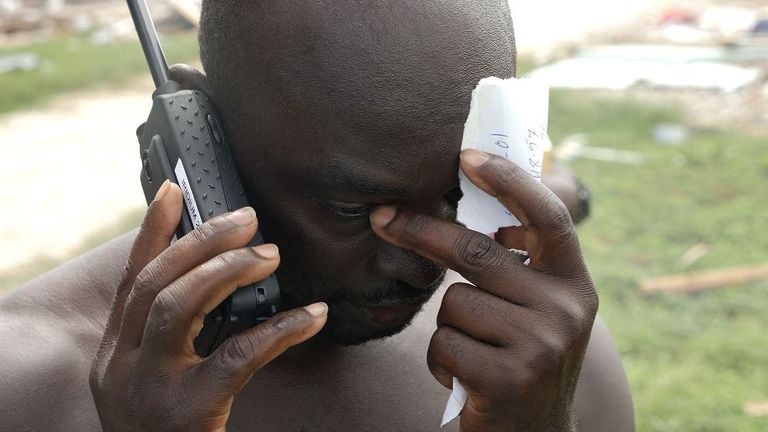 That first call was probably the hardest he has ever made. He couldn’t even finish it. He couldn’t speak. He handed the phone back and walked away sobbing. He wanted to be alone.

Mark walked to a bowl of washing and hung out his baby’s clothes to dry in the baking sunshine. He doesn’t know when he will see her again.

I will never forget that moment.

This battered group in this destroyed community is representative of so many thousands of people who endured the storm and are now struggling with the survival.

Like the islands themselves, the people will take years to recover.

Elsewhere on Abaco Island the community of Fox Town is only just getting aid.

The houses here were overwhelmed by the storm surge. Upturned boats and cars submerged in the sea, pepper the coast line. Houses are smashed and broken. 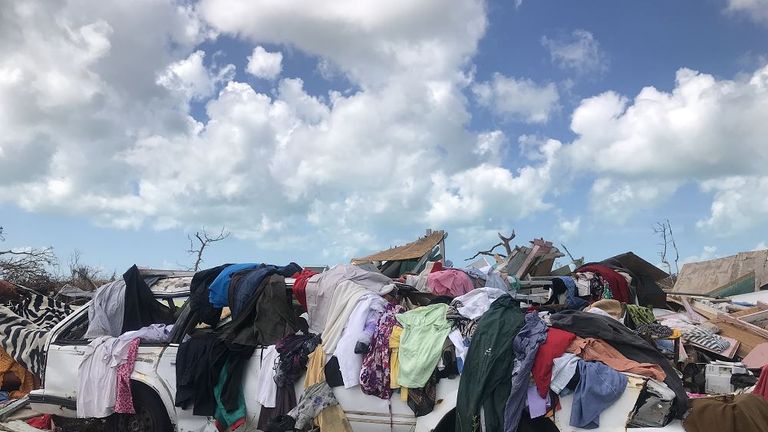 People are still waiting in line for a chance to be evacuated by helicopter; it is happening but the process is slow and there are so many others in equal need in different places as well.

We filmed as a group were ushered onto a refitted Black Hawk helicopter. There were smiles as they were strapped into their seats and kissed goodbye by relatives staying behind. They have made it, but these are more families split by the storm.

Thousands upon thousands of people are homeless even if they have made it to reception centres on other islands of the Bahamas or to the United States; but many have still not made it to safety.

Alongside the human cost of Hurricane Dorian, the scale of the environmental disaster is now becoming clearer. 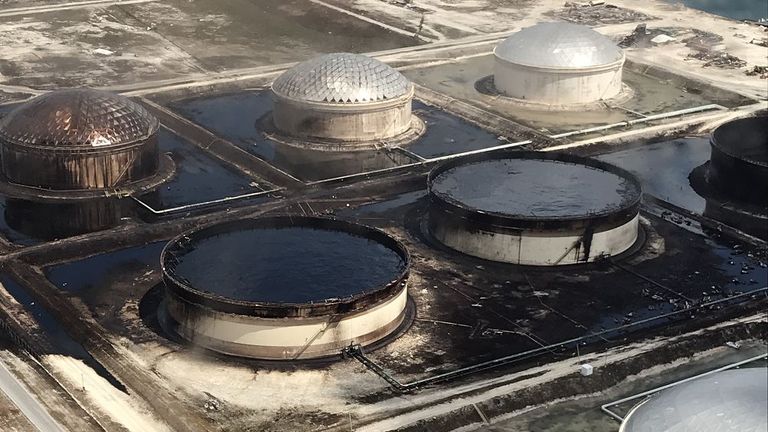 On Grand Bahama, an oil storage facility next to the pristine waters of the Caribbean is spewing oil into the environment.

The cockpit of our helicopter filled with the choking smell of oil fumes as we circled overhead.

The hurricane winds tore the lids off huge tanks. Oil is clearly oozing out of one of the stores, its pristine white outer shell now a mucky brown.

The land around the facility is saturated in oil and as we flew over we could see that one of the tanks has appeared to empty itself.

With so much damage to the islands’ infrastructure and so much human need, nobody has been able to deal with this yet.