MEXICO CITY (Reuters) – The first Central American migrants from a caravan traveling through Mexico toward the United States in hopes of seeking asylum arrived in Mexico City on Sunday, taking up temporary shelter at a sports stadium. 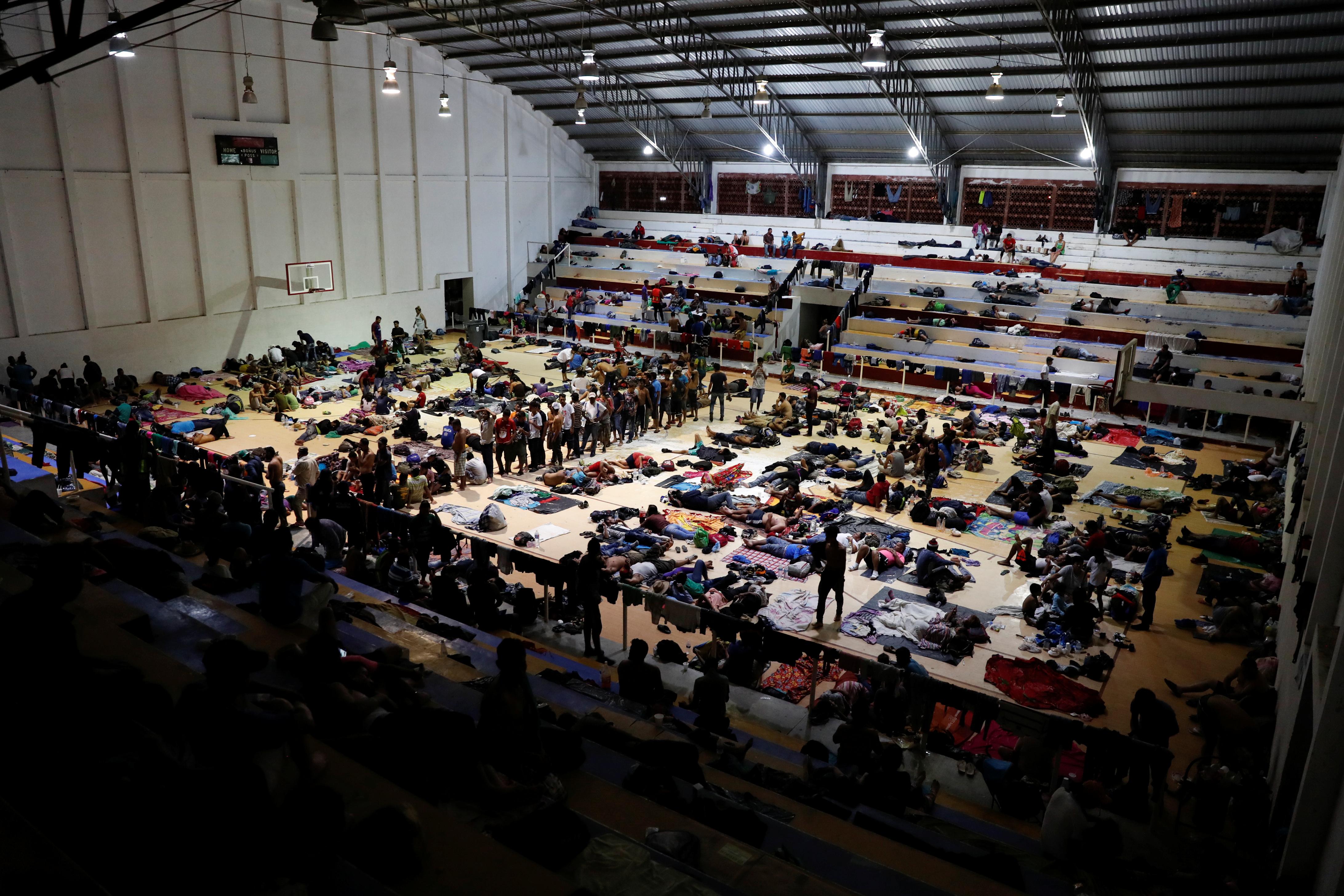 More than 1,000 Central Americans, many fleeing gang violence and financial hardship in their home countries, bedded down at the stadium where the city government set up medical aid and food kitchens.

Ahead of U.S. congressional elections this Tuesday, President Donald Trump has warned repeatedly about the advance of the caravan and ordered thousands of troops to the Mexican border, where units strung up razor wire this weekend.

The migrants arrived in the capital, nearly 500 miles (805 kilometers) from the closest border crossings in Texas, four weeks after setting out from the Honduran city of San Pedro Sula.

“Our heads are set at getting to the United States, to fulfill the American dream,” said Mauricio Mancilla, who traveled with his six-year old son from San Pedro Sula. “We have faith in God that we will do this, whatever the circumstances.”

Thousands more Central Americans were moving in groups in the Gulf state of Veracruz, the central state of Puebla and in the southern state of Chiapas, local media reported.

“This is an exodus,” Alejandro Solalinde, a Catholic priest and migrant rights activist, told reporters. “It’s without precedent.”

The U.S. government has pressured Mexico to halt the advance of the migrants and President Enrique Pena Nieto has offered temporary identification papers and jobs if they register for asylum in the southern states of Chiapas and Oaxaca.

Mexico’s government said on Saturday it was processing nearly 2,800 asylum requests and that around 1,100 Central Americans had been deported.

At the capital’s famed shrine to the Virgin of Guadalupe, a group of Mexican volunteers called out on bullhorns, offering bus rides to migrants to the stadium.

Cesar Gomez, a 20-year old Guatemalan, said he jumped at joining the caravan to avoid the dangers of traveling alone and paying thousands of dollars to human smugglers.

“This was a good opportunity,” he said as he waited for a ride. “The first thing is to try for the United States. If not, maybe I will stay here.”

UK PM working for all schools to open in September