Home » World News » Flooded Britain to be battered by thunderstorms

The downpour continues: Flooded Britain to be battered by thunderstorms bringing 55mph winds, hail, sleet and snow…and even sunshine!

Batten down the hatches – the UK is set to endure even more stormy weather today as strong winds and thundershowers strike.

A system is moving across the Midlands from Northern Ireland bringing lightning, hail and sleet which is likely to cause already flooded areas to get worse.

It comes after rivers burst their banks yesterday while parts of Scotland and the north were covered in heavy snow.

But experts at the Met Office say there will also be sunny spells breaking up the doom and gloom, before fog sets in overnight.

Ice and snow warnings are still in place around the UK amid claims six inches of the white stuff could fall in the next 24 hours. 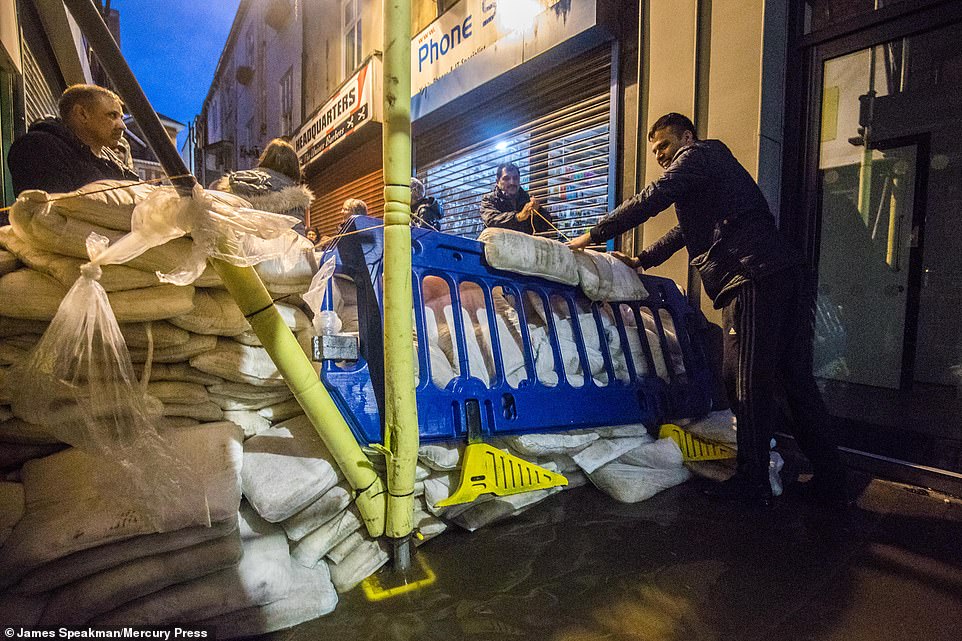 Shopkeepers in Rochdale were pictured building up flood defences last night as heavy storms caused inches of water to rise up, with more wet weather on the way today 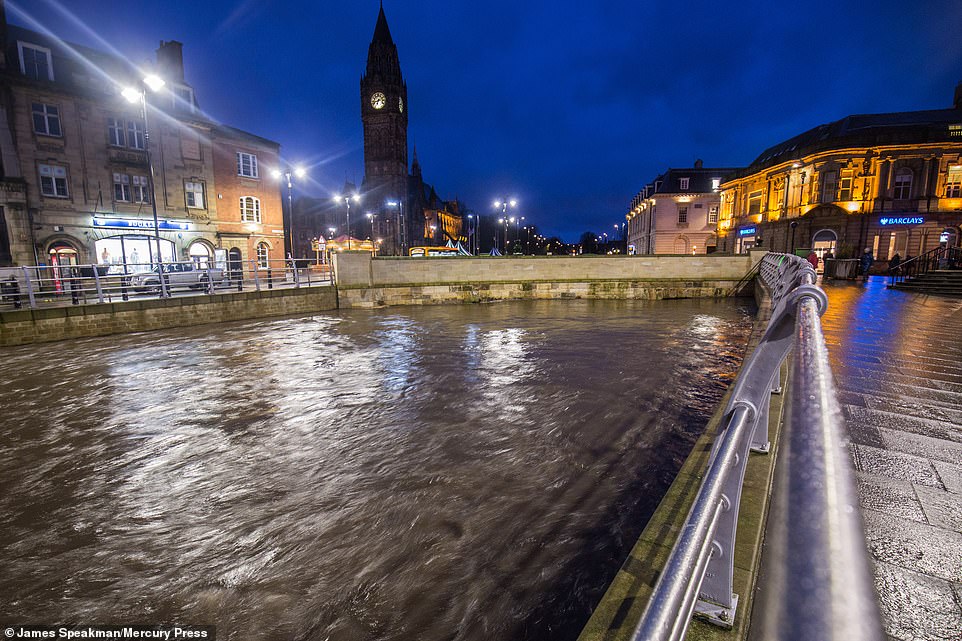 The water levels in the River Roch in Rochdale, pictured, were rising throughout the night and came close to bursting the banks. Winds of 55mph and thunderstorms are set to hit parts of the UK today 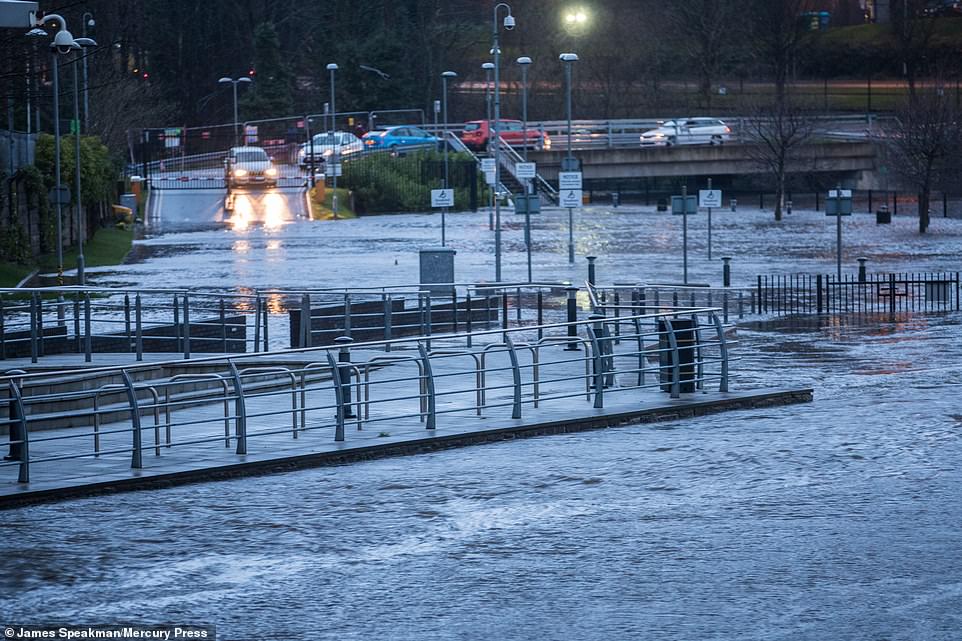 Rochdale Sixth Form College, pictured, was also flooded when the river burst its banks due to a stormy weather system 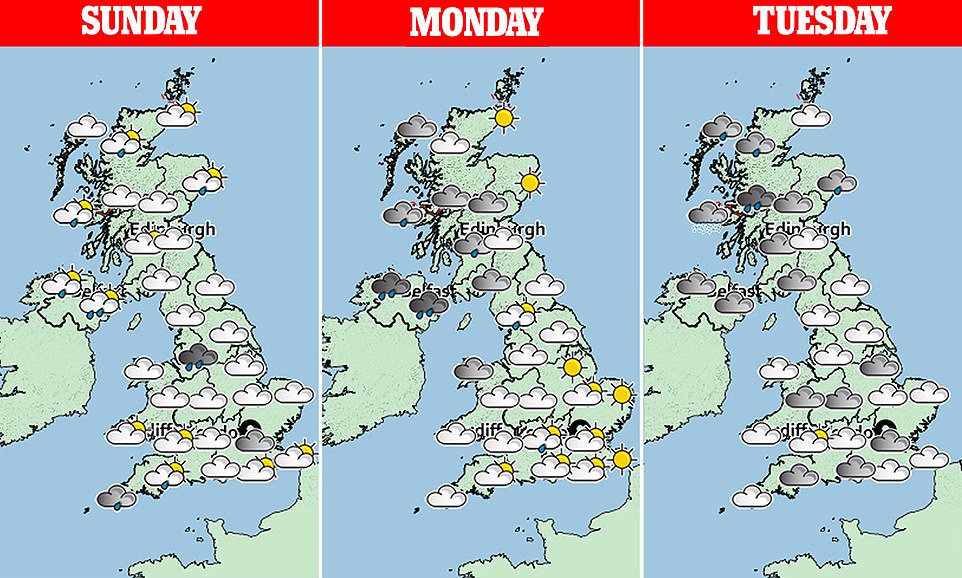 Experts predict sunny spells will break up sleet and snow in the UK today, with the weather improving on Monday before turning cloudy and grey across Britain on Tuesday

Much of the country has struggled in high winds over the past few days and although they are dropping, gusts will still reach up to 55mph.

Temperatures will also be low, hitting highs of 11C in the south and 8C in the north.

Experts predict sunnier skies from the middle of next week, bringing an end to almost seven days of wet weather.

Over the weekend a storm, which the Met Office considered naming Storm Hannah, brought snow to northern England, southern Scotland and Northern Ireland – along with four inches of rain to Wales and northern England.

Severe flooding in North Wales caused by the heavy rain has caused devastation for businesses and homes along the banks of the river Conwy which burst its banks earlier today.

National Trust owned Tu Hwnt i’r Bont Tearoom was a casualty of the flooding, and ended up underneath 3ft of water with high tide still to come.

Ask Amy: Mom’s needs must take a back seat – The Denver Post