Several supporters were pictured wearing kits with ‘Covid’ on the back and emblazoned with the number 19.

One was seen at Wembley on Saturday for the FA Cup final, while another was photographed at Tuesday’s Premier League clash between Leeds and Southampton.

They are among some of the first fans to be allowed back to stadiums after the coronavirus pandemic halted spectators over concerns their attendance could spread the virus. 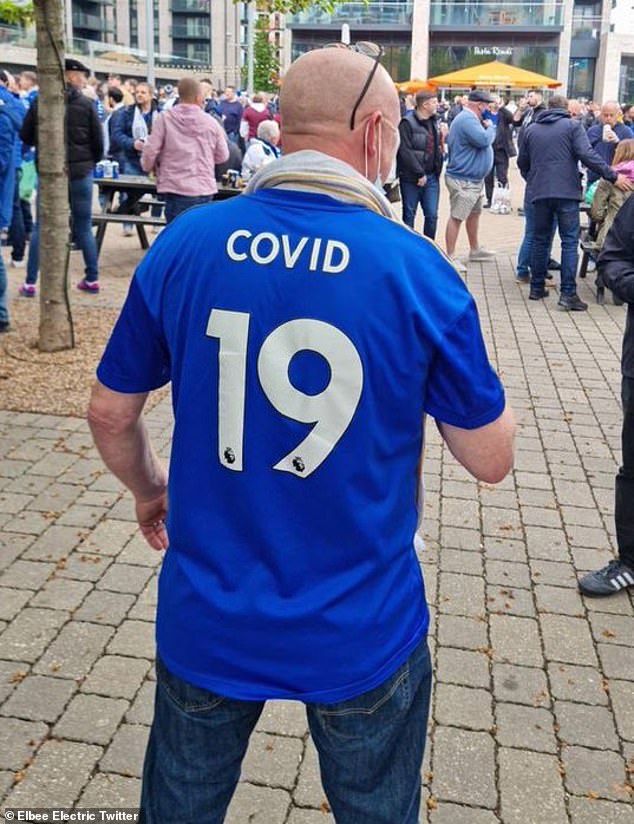 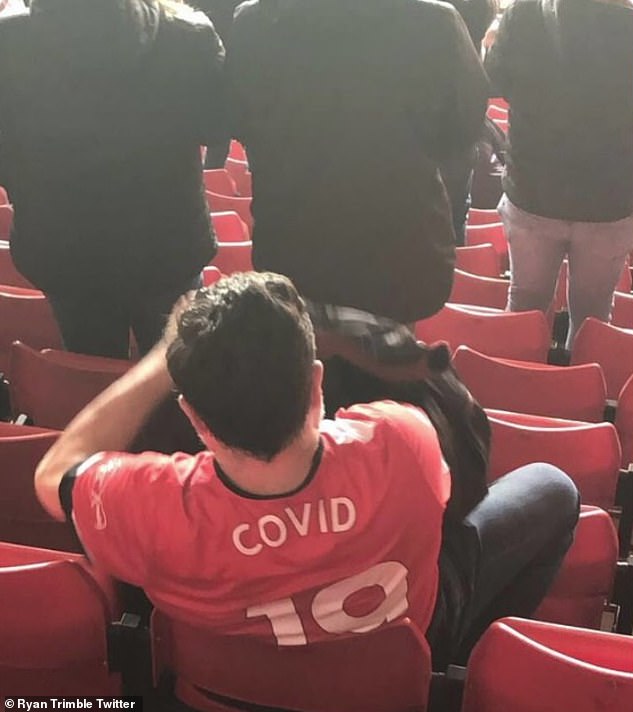 A successful test event at the FA Cup final saw about 20,000 fans at Wembley Stadium on Saturday.

But after restrictions were eased , with other large-scale venues such as cinemas also now opening up again and pubs allowing people to sit indoors, football fans were also allowed back into the stadiums.

Southampton fan Ryan Trimble posted a snap of a fellow Saints fan wearing a Covid-19 shirt in the stands at Tuesday’s game, posting it online with the caption: ‘I saw it all tonight.’

Supporter Elbee Electric also spotted a fan with Covid-19 shirt at Wembley on Saturday for the FA Cup final.

However Brits were furious that footy fans were joking about the pandemic which caused more than 150,000 deaths.

Charlie Taylor wrote: ‘Ban him from all games for life.’

JJ said: ‘It’s pictures like this that makes me think we don’t deserve fans back at football.’

Steve Ollerton said: ‘What the f*****g hellfire was he thinking when he got that done. He shouldn’t have made it to his seat.’ 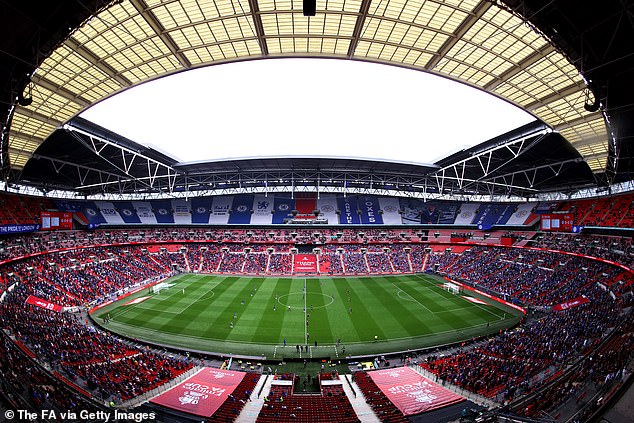 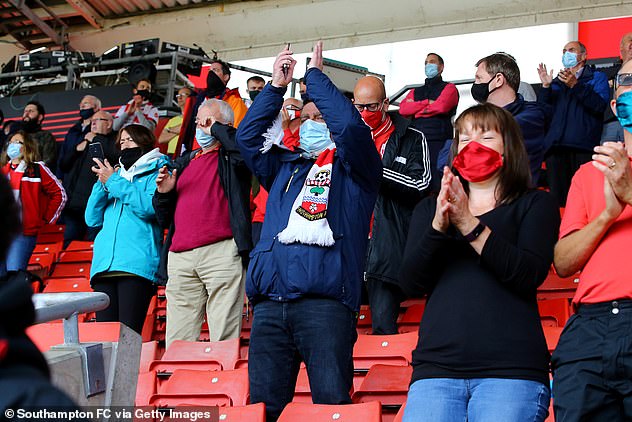 St Mary’s welcomed back 8,000 fans for the Premier League clash between Southampton and Leeds on Tuesday evening (pictured)

While Aaron Prettyjohns took a more lighthearted approach and guessed the supporters had lost a bet.

He commented: ‘Has to be a forfeit or a dare. No other explanation for this.’

While the Talking Arsenal Podcast added: ‘Can’t decide which player to put on my shirt this season. F*** it, I’ll go global pandemic*’

Supporters of all clubs returned to stadiums for the first time since March 2020 this week.

Up to 10,000 fans could attend depending on the size of the ground and all attendees had to wear masks and adhere to social distancing.

Amazing NASA images show how pollution has CLEARED over China