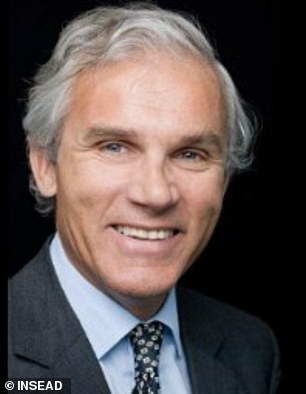 The daughter of a multi-millionaire investment banker hit her father in self-defence in one of the multiple homes she owns, a court heard.

The daughter of the Dutch businessman, who is now CEO of trading firm IMC and has an estimated net worth of one billion euros, appeared from HMP Bronzefield, Middlesex, via videolink at Wimbledon Magistrates’ Court to deny the assault charge.

District Judge Timothy Godfrey said Saskia’s mother, psychiatrist Carien Pot-Mees, had made a statement to the court indicating she was ‘scared’ of her daughter.

He asked Saskia: ‘On what basis do you deny the charge? There are statements from your father and mother indicating they saw you assault your father and he was injured.’

Saskia replied: ‘It wasn’t an attack. I was in my property bought with my money as far as I know and it was in my name.’

The judge said the fact she may be owed money or have a financial dispute was not an excuse for her violence.

She answered: ‘It was self-defence. They had blocked me from entering some of the homes. I’m not denying I assaulted him but you have to look at it in context.’ 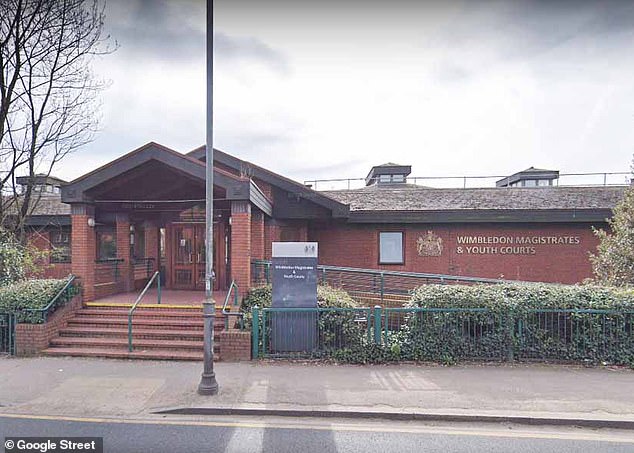 The daughter of the Dutch businessman,appeared from HMP Bronzefield, Middlesex, via videolink at Wimbledon Magistrates’ Court to deny the assault charge

‘Do you accept you struck your father?’ the judge asked, to which she replied ‘I cannot believe I am guilty.’

Judge Godfrey eventually declared their conversation was going ‘back and forth’ which sparked a rant from Saskia.

The defendant then began claiming she was the victim of ‘property crime’ by her family and demanded the court find her a suitable bail address as she ‘has multiple houses’.

She said: ‘I could go to one of our properties in the UK. My father has multiple houses in the UK and the Netherlands.

‘I have three properties with sufficient bedrooms in my name. So with all the lawyers present in that courtroom maybe it’s on you to figure out where I’m entitled to go.’

When pressed by the judge for an address of these houses she told him she would not repeat them over the video link.

Pot, of Lichfield Road, Richmond, was remanded in custody ahead of her trial on June 4 at Wimbledon Magistrates’ Court for one count of assault.

She will have another bail application hearing on May 13 at the same court.