A former senior executive of collapsed construction giant Grocon has been charged with using a carriage device to menace ex-chairman Daniel Grollo during a bitter dispute over the failure to pay subcontractors after the company went into administration in 2020.

Joe Brinzi was charged by detectives from the financial crime squad in December after he emailed Grollo and several former colleagues in September.

Brinzi will face the Melbourne Magistrates’ Court in March and is yet to enter a plea but confirmed to The Age and Sydney Morning Herald that he had made a series of offensive remarks to Grollo, including calling him a “f—in dog”. 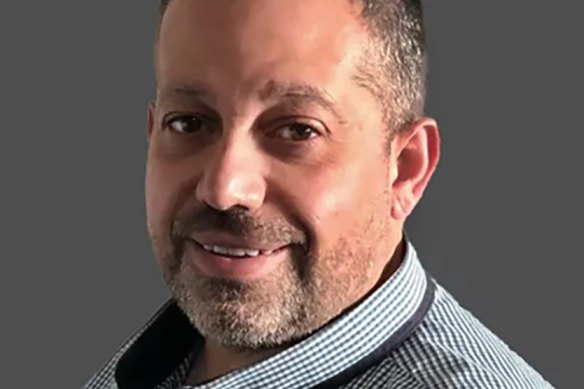 Former Grocon executive Joe Brinzi has been charged by police with using a carriage device to menace Daniel Grollo.

“All I have ever done is protect the organisation and the contractors, but I can’t turn a blind eye to something that isn’t right. I have values, and I can’t let this go,” Brinzi told this masthead.

“I will fight for the contractors who have done everything for me and for the business.”

A Grocon spokeswoman declined to comment on the case against Brinzi, who had spent 33 years at the company until it went into external administration in December 2020 with debts of more than $100 million.

Grocon – which built many of Melbourne and Sydney’s most famous buildings – placed dozens of companies into external administration with KordaMentha, blaming its demise on the Central Barangaroo project in Sydney, which is dominated by Crown Resorts’ new casino.

The company had launched legal action in the NSW Supreme Court against the state government’s Infrastructure NSW, alleging it struck a secret deal with rival Lendlease and Crown Resorts to protect the new casino’s views of the harbour. Grocon claims the deal cruelled its plans to build residential and commercial towers on the site.

Grollo apologised to creditors when the construction empire, founded in the 1940s by his grandfather, Luigi, was placed into administration.

“While we have wanted to move away from construction during the last few years, we have found ourselves closing it down in a most undignified way,” he told creditors in December 2020.

“Causing pain to employees, creditors and creditors’ employees. For that, I am very sorry.”

However, Grollo’s development company, Home, which builds luxury apartments, was spared from administration and now has several projects under construction in Victoria and NSW.

“Home is an unlisted real estate fund established by the Daniel Grollo Group and backed by a global institutional investor,” according to the Home website.

The company will focus on build-to-rent developments, where the apartments are owned and leased by the developer rather than being sold to individual residents or investors.

“By 2024 Home will have over 2000 apartments in sought-after locations across Sydney and Melbourne,” the website states.

Brinzi said he was shocked to read about Grollo’s new venture in a Herald Sun article on December 12 last year.

He admitted sending another abusive email to Grollo and other former Grocon staff immediately after reading the story.

Brinzi claims the administrator has not repaid any of the significant debts owed to him, his brother Andrew, and hundreds of subcontractors used by Grocon before its collapse.

“I was concerned about my entire family and this situation has placed an enormous amount of pressure on me, which caused me to fall into depression and see a psychologist,” Brinzi said.

A KordaMentha spokesman said it had already distributed $10.4 million – about 85 per cent – of creditor fund contributions.

“We intend on dealing with the balance of claims relating to claims of large and litigation creditors, once the Infrastructure NSW proceeding is finalised. The claims are complex and will require significant consultation with creditors and former Grocon management to confirm validity and quantum,” the spokesman said.

The Business Briefing newsletter delivers major stories, exclusive coverage and expert opinion. Sign up to get it every weekday morning.