Disgraced former multimillionaire shipping tycoon, bankrupted last year with debts of £654million, is arrested after demanding a free ferry ticket to Belfast and then jailed for contempt of court 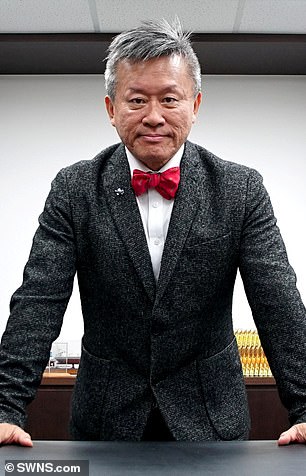 Nobu Su, a 62-year-old Taiwanese shipping magnate, has been jailed

A disgraced former multimillionaire who was arrested after demanding a free ferry ticket to Belfast has since been jailed for contempt of court in a separate case.

Nobu Su, a 62-year-old Taiwanese shipping magnate, had been the boss of a hugely successful set of companies but had his assets frozen in 2014 before being declared bankrupt with debts of £654million last year.

Lakatamia Shipping, owned by Polys Haji-Ioannou – the brother of EasyJet founder Sir Stelios Haji-Ioannou, had previously applied to the High Court for a Passport Control Order after Mr Su failed to pay his debts.

This meant Mr Su would have been forced to surrender his travel documents but he was able to evade authorities before taking a taxi to Liverpool with a view to fleeing the jurisdiction by ferry to Belfast.

Mr Su had demanded a free ticket on a Stena Line ferry on the asserted basis that he was good friends with the owner of the company.

Staff grew suspicious and called the police before he was arrested and spent the night in HMP Liverpool.

But Mr Su faced a fresh blow last week after High Court judge Mr Justice Bryan ruled that he and his mother Toshiko Morimoto had hidden cash resulting from the sale of two villas in Monaco and a private jet.

And, in a separate hearing under judge Sir Michael Burton GBE, Mr Su was then jailed for 24 months for multiple contempts of court including failing to disclose his interests in various companies.

Mr Su and his network of companies still owes in excess of $70million to the Greek company Lakatamia Shipping.

In a written judgement, Mr Justice Bryan described how the financial crisis in 2008 was a major blow for the business, but was exacerbated by how Mr Su had run things since the death of his father.

The judge wrote: ‘What is not in issue is that, after Mr Su succeeded his father, he made sweeping changes to the business, and embarked on massive speculation in the market in forward freight rates, trading in derivative instruments through various companies in the TMT group, including TMT Co Ltd, Liberia (‘TMT Liberia’).

‘Since the financial crisis in 2008 (and as a result of his abject mismanagement of the successful business inherited from his father) he brought that business to its knees.’ 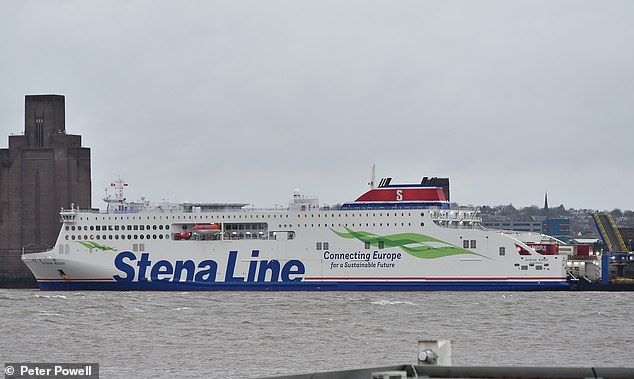 In July 2008 Mr Su entered a complicated financial arrangement with Lakatamia in a desperate bid to raise cash but his companies failed to repay the Greek firm leading to protracted legal action.

The judgements reveal how in 2018, following repeated failures to pay up, Lakatamia applied to the High Court for a Passport Control Order – meaning Mr Su would have to surrender his travel documents.

But the businessman evaded authorities in Paris, where he was staying at the time, and arrived at Heathrow Airport in London on January 10, 2019.

Police officers met him at the airport and confiscated his passport as he falsely stated he was heading to the Dorchester Hotel.

‘The following morning, Mr Su took a taxi to Liverpool with a view to fleeing the jurisdiction by ferry to Belfast, demanding a free ticket on a Stena Line ferry on the asserted basis that he was good friends with the owner of the company.

‘The staff were suspicious and called the police. He was arrested and spent the night in HMP Liverpool.’

Mr Su was jailed a few weeks later for refusing to comply with court orders and served around half of a 21-month sentence in London’s HMP Pentonville.

He has previously complained to reporters that he is not legally entitled to work in the UK but is unable to leave and claimed his rights have been violated.

He also claimed to have been threatened with a knife during his first prison sentence and to have witnessed drug taking and violence.

Mr Su will likely be released after serving around 12 months of his latest sentence.

Parisiens watched as Notre-Dame burnt, but its survival brings hope