‘The BBC really is like W1A’: Former news boss compares top of the corporation to the comedy show and says too many big decisions are made by ‘white liberals’

The former head of BBC News has compared the top of the corporation to the comedy spoof W1A.

Roger Mosey said the mockumentary, which sends up the corporation’s politically correct bureaucracy, reflects ‘a lot of truth’.

The 62-year-old also told the Edinburgh TV Festival that too many of the BBC’s big decisions are made in London by ‘white liberals’ and that its executives should better reflect the ‘diversity of thought’ found across the whole of Brexit Britain. 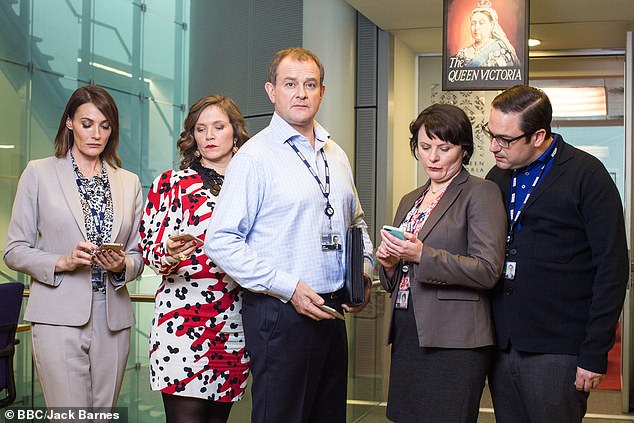 The former head of BBC News has compared the top of the corporation to the comedy spoof W1A, pictured above

He said: ‘The W1A sitcom is a parody of course, but it does have an awful lot of truth in it about the way the organisation, the BBC, works and its kind of mindset and breaking that down.

‘I do think geography is a really key part of it. It’s all very well having Salford, and everywhere else, but I really think decisions should be made there.

‘I know you’ve got Five Live and Breakfast [based in Media City, Salford] but every single powerful BBC executive is still in London, ditto ITV and Channel 4, although they’ve got Leeds, it still feels very London. 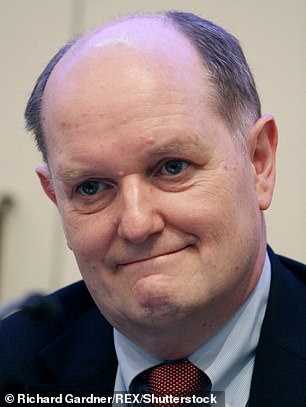 Roger Mosey (pictured) said the mockumentary, which sends up the corporation’s politically correct bureaucracy, reflects ‘a lot of truth’

‘I think breaking down these kinds of barriers should have happened.’ Mr Mosey, who is now the Master of Selwyn College, Cambridge, was addressing a debate on diversity in the industry.

He said: ‘I feel passionately, there should be more people from ethnic minority backgrounds in newsrooms, making decisions, and diversity is something the industry has to commit itself to.

‘The only thing I’d add really is I think diversity is very broad though. In a sense, it’s also about diversity of thought. It’s about Left and Right, it’s about liberal and conservative. And if you think about the missing voices last year … they also included people in the red wall, people who voted for Brexit, people who were from working class areas in the north of England … and pretty much every major decision in television is still taken in London.

‘And part of that diversity is getting the sense of a whole UK with this amazing canopy of people in it and getting newsrooms to be more representative of everybody in the UK, rather than what it used to be really which was white liberals in London.’

Asked if it was a missed opportunity when the BBC appointed a white man, Tim Davie, as its next director-general, Mr Mosey said: ‘Yes, I think it’s a real problem.’

Qatar to withdraw from OPEC in January 2019