Former science teacher, 36, who drowned her three-year-old daughter in the bath after wrongly accusing her CEO husband of having an affair is jailed for life 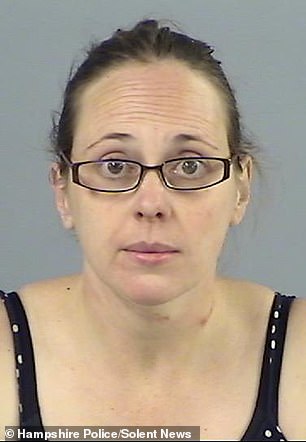 Claire Colebourn (pictured in a police mugshot) killed her daughter Bethan at their home in Fordingbridge, Hampshire

A former science teacher has been jailed for at least 18 years after drowning her three-year-old daughter in a bath after wrongly accusing her CEO husband of murder.

Claire Colebourn was handed the life sentence with the minimum term on Monday at Winchester Crown Court after a jury deliberated for less than three hours on Friday before returning a unanimous verdict.

The 36-year-old killed her daughter Bethan at their home in Fordingbridge, Hampshire, after she split with her husband Michael, the chief executive of luxury marine interior company Trimline.

She had denied murder but was found guilty by a jury on Friday after a week-long trial.

Colebourn, dressed in a black jacket and wearing glasses, rubbed her temples with her hands, shook her head and looked at the floor as details of her crimes were detailed to the court. She did not react when handed the sentence.

Mrs Justice Johannah Cutts told the 36-year-old: ‘She (Bethan) was clearly a beautiful little girl who was full of life.

‘She had everything to live for.

‘You were her mother, you were responsible for her care and her wellbeing.’

Colebourn planned to end Bethan’s life, set an alarm to ‘carry out the act’ and altered her will the next day, the court heard.

During the eight-day trial, the jury of five women and six men were told she initially denied all memory of the incident, but later recalled how Bethan agreed to have a bath in the middle of the night at her mother’s instruction, telling police: ‘Sadly, my little girl trusted me completely.’

The court heard Colebourn hit ‘rock bottom’ after her high-flying husband Michael ended their 16-year-relationship and moved out of the marital home. 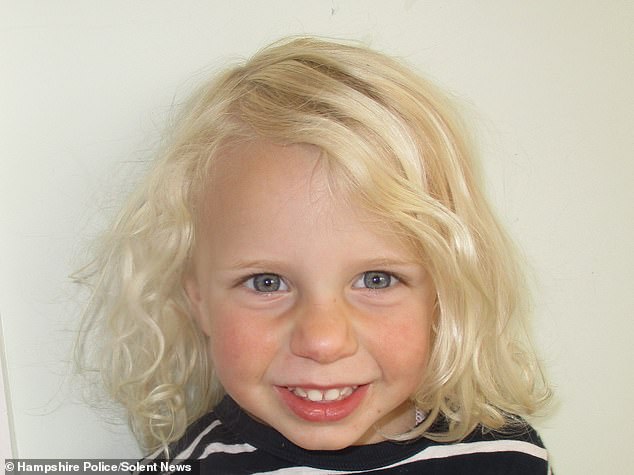 The prosecutor said their relationship had been difficult and the defendant went on to make ‘unfounded accusations’ on Facebook and in an email sent to his work, claimed her husband was having an affair with the company’s finance director.

A month after the split, she woke their daughter Bethan at their home in Fordingbridge, Hampshire, in the early hours of October 19, 2017.

She then led her to the bath and drowned her by holding her body down under the water, before making multiple suicide attempts.

Colebourn was discovered by her mother about 14 hours later, in a diabetic coma.

The former sixth form teacher initially denied all memory of the incident, but later recalled how Bethan agreed to have a bath in the middle of the night at her mother’s instruction, telling police: ‘Sadly, my little girl trusted me completely.’

Colebourn, who met her estranged husband Michael at university, admitted she killed Bethan but said she only wanted to ‘save’ her from the little girl’s father.

But jurors rejected her account, delivered during a fraught and emotional day’s evidence from the witness box on Wednesday.

Kerry Maylin, prosecuting, said: ‘Bethan was three-years old, she was a much loved daughter of Claire and Michael Colebourn, but she was found dead at her home.

‘Claire Colebourn, when Bethan was found, was also in the house and she was at the time suffering a diabetic episode.

‘Bethan died because she had been put in the bath at home and held under the water, the act was completed by her mother.’

In the email to Trimline, she wrote: ‘He has been having an affair with his finance director at work, everything has been pre-planned, of course the finances.

‘They are aiming to take over the business and set up a new life together.’ 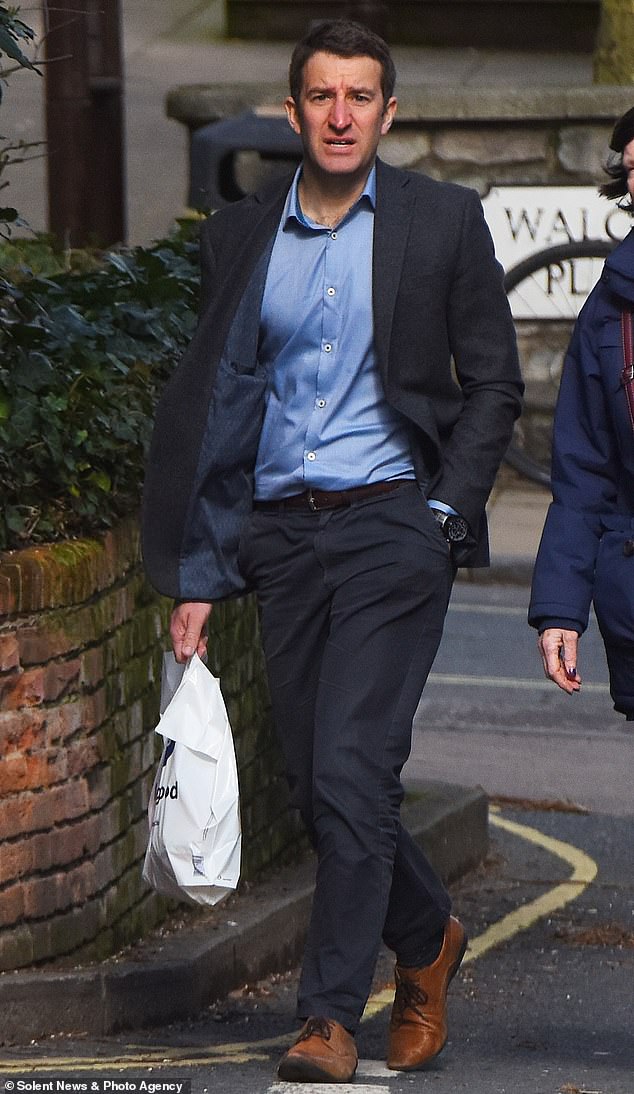 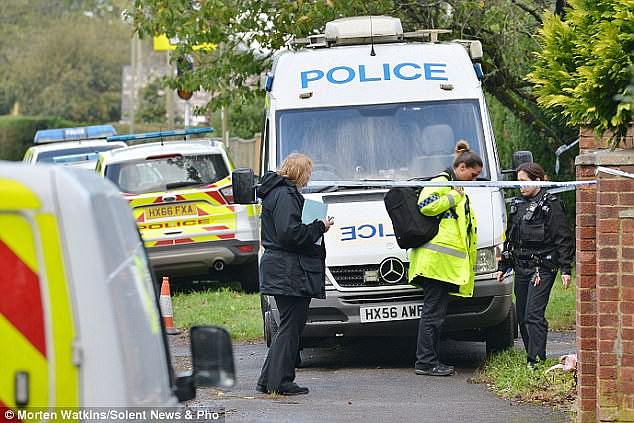 The lawyer said Colebourn also became worried, without foundation, that Mr Colebourn was monitoring her computer and arranged for an IT firm to supply her with a new laptop and wifi at her home.

She said that within minutes of receiving the new computer in October, she began searching for suicide-related websites.

Miss Maylin said that following her arrest, she told medical staff she had tried to kill herself the previous day.

The prosecutor said a doctor described how she was ‘only emotional when discussing the fact Michael Colebourn had left her and her daughter and her father had done the same to her mother’. 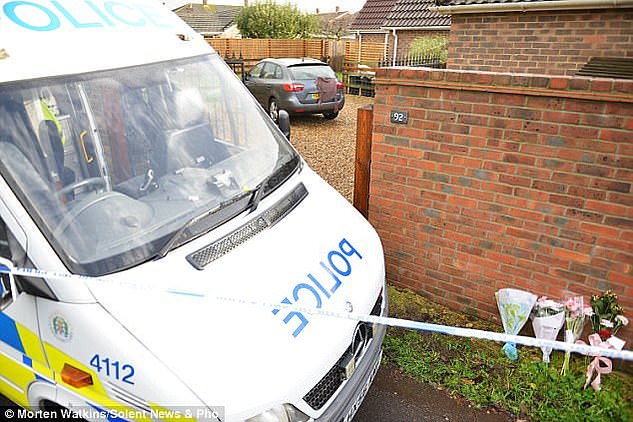 She later wrote in a letter intercepted at a hospital she was staying in: ‘In my eyes I saved her, everything over those days is a blur.’

‘Bethan drowned because I was there, I held her under the water.’

An NSPCC spokesperson said: ‘This is a desperately sad case in which a young child lost her life in the most tragic of circumstances.

‘Bethan would have looked to her mother for love and protection. Sadly, Colebourn failed her daughter in the worst possible way.

‘We all have a responsibility to protect children. Adults can report their concerns to the NSPCC helpline on 0808 800 5000 or dial 999 if a child is in immediate danger.’ 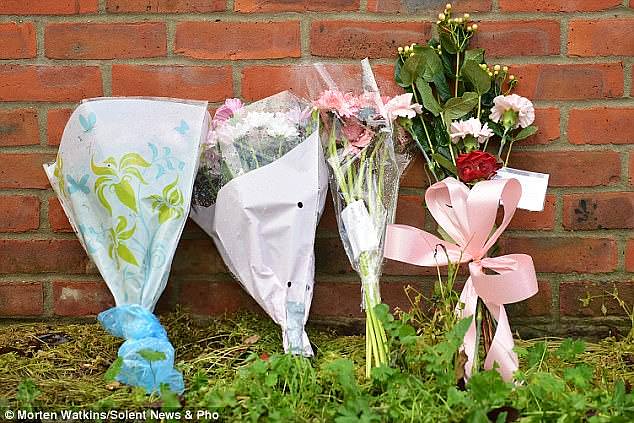 Tributes to the three-year-old left outside of the family home. She was found by her grandmother