The corruption watchdog has found former assistant tax commissioner Nick Petroulias engaged in corrupt conduct by masterminding bogus property deals to sell off more than $12 million worth of Aboriginal land near Newcastle and stealing the identity of a dead person to conceal his involvement in the transactions.

The ICAC also made corruption findings against two directors of the Awabakal Local Aboriginal Land Council and Petroulias’s long time partner, Despina Bakis, a solicitor who admitted she had masqueraded under the fictitious identity of Daphne Regina Diomedes. 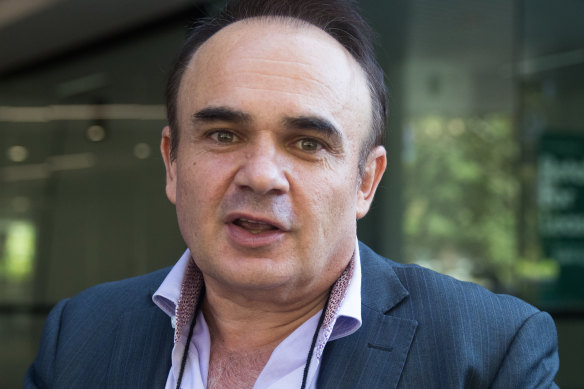 The ICAC recommended the Director of Public Prosecutions should consider charging Petroulias and Bakis, his partner, with fraud, aiding and abetting misconduct in public office and conspiracy to defraud.

It also recommended potential charges against Petroulias for corruptly receiving commissions and Bakis with aiding and abetting the receiving of those commissions.

The ICAC announced the public inquiry in March 2018, six months after a special investigation by the Newcastle Herald shone a spotlight on the intricate web of property dealings.

The investigation raised questions about Petroulias’s multiple aliases and how a dead company director, Johan Latervere, managed to sign agreements a year after he was cremated at Rookwood cemetery. 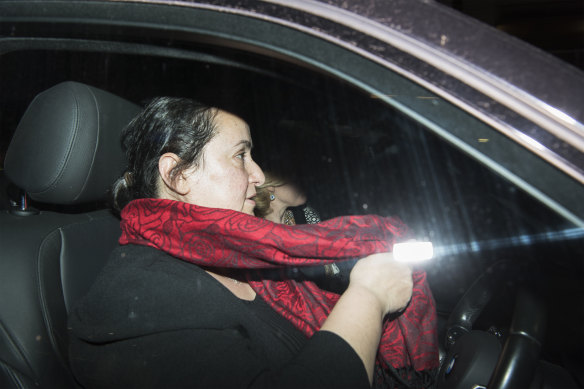 Petroulias’s ventures in Newcastle followed a spectacular rise and fall from grace. He was hand-picked to serve as assistant tax commissioner by the age of 30 but was jailed in 2008 for bribery and corrupt conduct in the plum position.

On Wednesday, the ICAC released the findings of Operation Skyline, ruling the property dealings in Newcastle masterminded by Petroulias breached multiple requirements of the Aboriginal Land Rights Act 1983.

However, the ICAC recommended the DPP should only consider laying fraud and misconduct charges against Green and did not recommend charges be laid against Dates.

The report found that between 2014 and 2016, Petroulias worked to create the illusion that a company he secretly controlled, Gows Heat, had an option over Awabakal land that could be on-sold to third parties.

A developer called Sunshine Property Investment Group took the bait and agreed to buy the option for more than $1 million.

It was found Dates and Green signed the sales contracts on behalf of Awabakal’s board without informing them or having the authority to do so.

Sunshine was under the mistaken impression the sale proceeds would go to the land council.

It found Petroulias stole the identity of a friend, Johan Latervere, who was appointed as a director of Gows Heat after his death in 2013.

“The deliberate fabrication of a corporate history for Gows … was intended to conceal his own involvement in the company,” the report said of Petroulias.

The report found Bakis, who was in a relationship with Petroulias, was engaged as the land council’s lawyer and prepared sham documentation to give the transactions a “veneer of respectability”.

Bakis was also found to have adopted the fictitious persona of a Slovenian woman, Daphne Diomedes, to open bank accounts and avoid incurring demerit points racked up in her Mercedes.

The report made 15 corruption prevention recommendations, finding the graft took root in an environment of entrenched poor governance, communication breakdowns and a failure to adhere to the Aboriginal Lands Right Act.

Among those recommendations was that the Aboriginal Affairs Minister should review the funding of the office of the registrar of the Aboriginal Land Rights Act to ensure it has the capacity to investigate misconduct by land council board members and staff.

Consideration should be given to applying the recommendations statewide, the report said.

Accountant Terry Lawler, who red-flagged the suspicious transactions after he took over as the land council’s administrator in October 2016, described it as a “great result for the community”.

Up to 850k viruses with pandemic potential lurking in animals, scientists warn