An Army soldier undergoing training at Fort Campbell along the Kentucky-Tennessee line was killed Thursday when he and another soldier were struck by a military vehicle, according to a report.

“Our prayers, thoughts and abiding support are with the Roberts family,” Lt. Col. Jason Shuff, Roberts’ squadron commander, said in a statement, according to FOX 17. “Spc. Roberts was a beloved member of our intelligence section and a friend to many in the squadron. His loss leaves a scar on our hearts.” 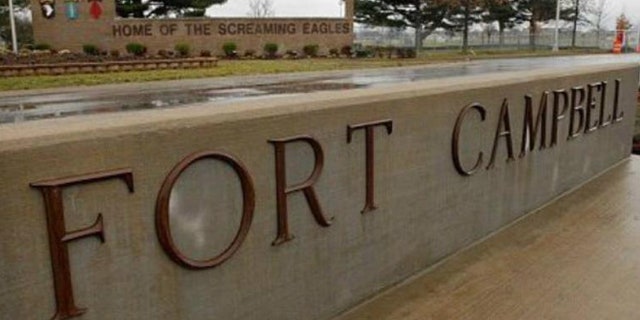 (A sign at an entrance to Fort Campbell. (Associated Press))

Details about the accident were not immediately available.

The second soldier, who was not identified, was treated at a hospital for his injuries and was released, FOX 17 reported.

Roberts joined the Army as a military intelligence analyst in September 2018. He received his assignment after training at Fort Jackson in South Carolina and Fort Huachuca in Arizona, ClarksvilleNow.com reported.

In 2020, Roberts was deployed to the U.S.-Mexico border as part of a Department of Homeland Security operation, the report said.

Roberts’ survivors include his wife, son and mother, the report added.

An investigation was underway by the U.S. Army Combat Readiness Center, ClarksvilleNow.com reported.