FOUR men were stabbed in a mass brawl near a nightclub as nine people were arrested following the early morning fight.

Cops were called to the disorder at 2.45am yesterday on Queens Avenue in Bristol – and found four men suffering from stab wounds. 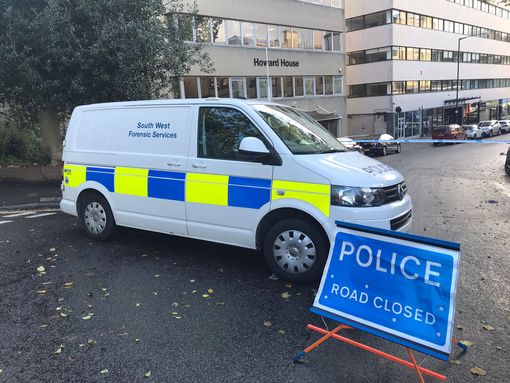 The four men were rushed to hospital and a fifth also showed up to hospital with a similar injury.

All five were arrested and three of them have since been discharged from hospital.

Four others are currently in police custody, Avon and Somerset Police confirmed, bringing the total to nine.

A cordon is still in place as police attempt to continue their enquiries.

The police said in a statement: "Nine people have been arrested following significant disorder in the Clifton area of Bristol today (Sunday 31 October).

"Police were called at 2.45am to Queens Avenue, with members of the public reporting a number of people fighting in the street.

"Four males were found to have been stabbed. They were taken to hospital for treatment by paramedics. A fifth male also presented at hospital with a similar injury.

"All five have subsequently been arrested and three of them have been discharged from hospital so far. Four other people are also in police custody.

"A police cordon remains in place while officers continue to carry out enquiries at the scene.

"The neighbourhood team has been informed and additional high-visibility patrols are due to be conducted in the area going forward.

"Anyone with information about what happened is asked to call 101 and give the call-handler reference number 5221255296."

Anil Ambani, four others quit as directors of RCom

'I lost two sons': Tunisians' journey by sea to Europe

Italy issues warning to England fans: You WILL be punished if you break Euro 2020 rules