Fraudsters are suspected of targeting a website created to refund Thomas Cook customers, the Civil Aviation Authority (CAA) has said.

The aviation regulator said it has taken ‘urgent action’ over the suspicious online activity and will inform the police.

It has added further verification checks to its refund process and pledged to seek prosecutions where there is evidence of deception. 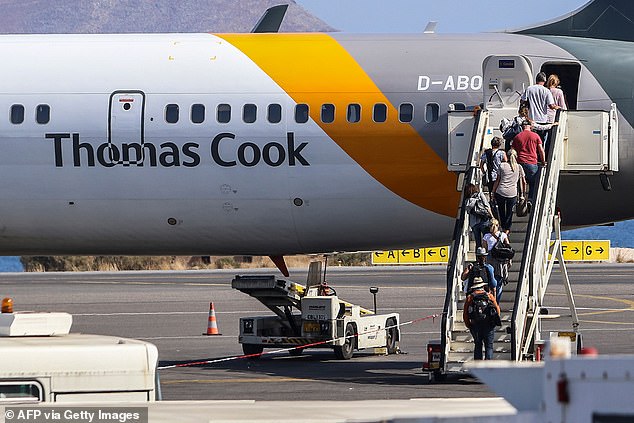 The aviation regulator said it has taken ‘urgent action’ over the suspicious online activity targeting Thomas Cook customers and will inform the police. File photo

Some of the concern is understood to have risen from a series of low-level claims, which often indicates fraud.

Around 100,000 claims have been made since the website went live yesterday morning.

It was set up to enable people with Atol-protected bookings for Thomas Cook holidays due to begin after the firm collapsed on September 23 to obtain refunds.

Atol-protected customers who were already abroad when Thomas Cook failed can also claim for the cost of replacing the parts of their holiday which were financially protected, or out-of-pocket expenses for delayed flights.

The CAA is aiming to pay refunds within 60 days of receiving a valid form and wants to crack down on fraudulent activity to avoid any delay.

Dame Deirdre Hutton, who chairs the organisation, said: ‘This morning we have taken urgent action in response to what we believe is attempted fraudulent activity in relation to refunds for Thomas Cook customers.

‘If you have made a claim directly with us, then your claim is being processed and you do not need to take any action.’

She added: ‘Please help us to combat the risk of fraud by not submitting your details to any other website.

‘Our focus is on getting money back to the right people as soon as possible and combating fraud in every way possible.’

The CAA apologised yesterday after its system struggled to cope with ‘unprecedented demand’ in the hours after it launched.

Many people received an error message after entering their details, meaning their claims were not submitted.

– Consumers affected by the collapse of Thomas Cook can find out more information at https://thomascook.caa.co.uk/.

ASK THE EXPERTS: I’m due Thomas Cook flight compensation from BEFORE it went bust, is there any chance I will get it?

By George Nixon for This is Money

I’ve been reading your article about compensation rights for delayed flights after Thomas Cook went bust.

Can you tell me what the position is for people awaiting payment of approved compensation for delayed flights before they went bust?

We had a 25 hour delay to Mexico, we applied for compensation and were told it was on its way via BACs, then a few days later they folded. Any help appreciated.

I put in a claim for flight delay compensation before the demise of the company. I was on a package holiday ATOL protected. Will I get it? – via Facebook 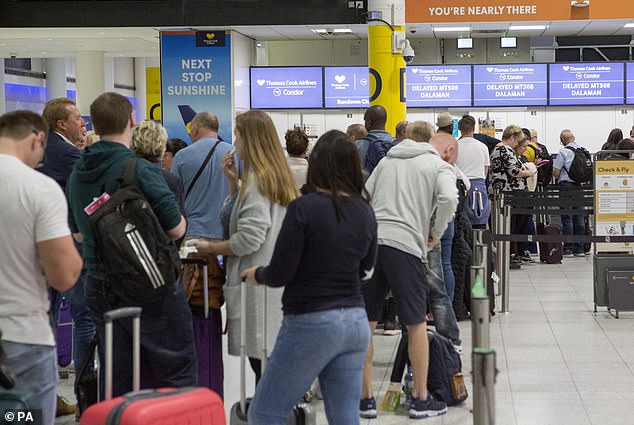 George Nixon, This is Money, replies: As the chaos of the immediate aftermath of the collapse of Thomas Cook begins to fade, the concerns of those affected begin to turn from getting home to thoughts of getting money back.

As This is Money has previously reported, those who booked package holidays with Thomas Cook were able to make claims to ATOL for a refund from yesterday, Monday 7 October.

Richard Moriarty, the CAA’s chief executive, said in an update on 30 September: ‘We are now turning our attention to the challenge of refunding 360,000 ATOL protected future Thomas Cook holidays that have been cancelled.

‘For around 100,000 bookings made by direct debit we hope to refund these within the next 14 days.

‘Refunds of bookings made by other payment methods will take longer as we do not yet have all of the information we need from Thomas Cook.

‘For these claims we will launch a new, simplified online system next Monday 7 October, where consumers will be able to access an electronic refund form.

‘We hope to pay refunds within 60 days of receiving a valid refund form.’

Those with flights-only bookings will have to complain to their credit or debit card provider, or check insurance documents, but those brought home on a repatriation flight are not entitled to a refund under Section 75 of the Consumer Credit Act.

The issue of compensation is slightly trickier. Under EU law you are entitled to a lump sum of €250 if your arrival time is delayed by more than three hours for a short haul flight (up to 1,500km), and €400 if your flight is medium-haul (up to 3,500km).

You would be paid €600 if your flight is further than 3,500km and delayed four hours.

Those who suffered a delay at an airport as a result of Thomas Cook’s collapse are not entitled to compensation under EU Law 261, as we found in the case of one reader delayed in Greece for eight hours.

Not least because compensation claims must be made to the airline, which in the case of Thomas Cook, no longer exists.

However, in the case you outline you were eligible for compensation for a delay that pre-dates the collapse, and were due to receive it before Thomas Cook went bust.

Because you are owed money from the airline, you have become a creditor of it, according to both the CAA and the Insolvency Service.

On its dedicated Thomas Cook website, thomascook.caa.co.uk, the CAA says in a section titled ‘Outstanding Thomas Cook EU261 claims’: ‘Due to the liquidation of Thomas Cook’s UK airline operations any customers with outstanding EU261 compensation claims for denied boarding or delayed or cancelled flights will be treated as unsecured creditors.’

The Insolvency Service told This is Money: ‘Now that Thomas Cook Group is in liquidation and in the control of the Official Receiver, our advice would be to those that have an outstanding compensation claim against Thomas Cook, that they will be treated as a creditor and need to register as a creditor in the liquidation.’

Of course, the process of liquidation means there will be plenty of people and companies, including big banks, fighting over whatever pot of money the administrators can muster out of what remains of Thomas Cook, which means in turn there’s no guarantee you will get your money back.

However, if you don’t put your name down, you certainly won’t anything, so you can register as a creditor here: https://www.gov.uk/government/publications/claim-money-back-from-a-bankrupt-person-or-company-in-compulsory-liquidation-guidance-for-creditors.

Sha'Carri Richardson 'glad' she's not 'perfect', thanks supporters after suspension