London: Rival French and Russian disinformation campaigns have sought to deceive internet users — and unmask each other — in the Central African Republic ahead of a December 27 presidential and parliamentary election, Facebook said on Tuesday, local time.

Facebook said it was the first time it had seen such a direct battle of the trolls by competing foreign states on its platforms, with the rivals' fake accounts denouncing each other as "fake news". 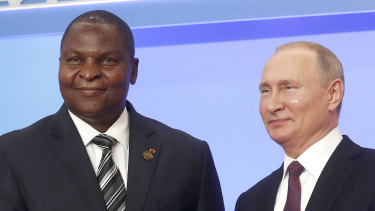 It marked the first time that Facebook singled out people affiliated with a Western government or military for sanction, though company officials said they did not have evidence that the French military itself directed the activity.

The rival French and Russian networks commented on each other's posts, attempted to "friend" each other, and also used social media to accuse each other of being fake. 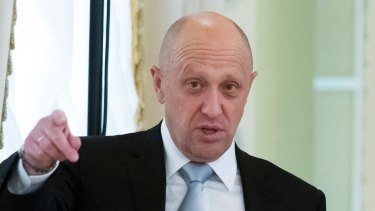 One fake French post on Facebook, for example, aimed at users in the West African nation of Mali, read, "The Russian imperialists are a gangrene on Mali! Watch out for the tsarist lobotomy!"

Facebook said, one network was linked to "individuals associated with French military."

The other two had connections to "individuals associated with past activity by the Russian Internet Research Agency", as well as to Evgeny Prigozhin, a Russian businessman indicted in the United States for election interference.

The French defence ministry and military command did not immediately respond to requests for comment.

Asked about the Africa allegations, Prigozhin, who has denied the US charges, told Reuters in a message that he considered Facebook a CIA tool which took down pages to suit US interests.

Nathaniel Gleicher, Facebook's head of cyber security policy, said: "You can't fight fire with fire. We have these two efforts from different sides of these issues using the same tactics and techniques, and they end up looking sort of the same."

Central African Republic's President Faustin-Archange Touadera is a Russian ally, a relationship often seen as a threat to France's influence in the French-speaking country where Paris had deployed 2500 troops until 2016.

Facebook said the two disinformation campaigns largely focused on the CAR, but also targeted users in 13 other African countries including Algeria, Cameroon, Libya and Sudan.

A subsequent Russian operation attempted to promote Russian business and diplomatic interests, as well as Touadera's candidacy, Nimmo said. Later, the Russian accounts tried to unmask the French accounts that were trying to unmask them.

Trump impeachment proceedings could be in McConnell’s hands this week