AN ENRAGED tenant allegedly took twisted revenge on his landlord by blowing up his own flat as he was on the brink of being evicted.

Shortly before 4am, a loud blast ripped through Ponferrada, Spain, with mountains of debris left strewn through a road and crushing cars. 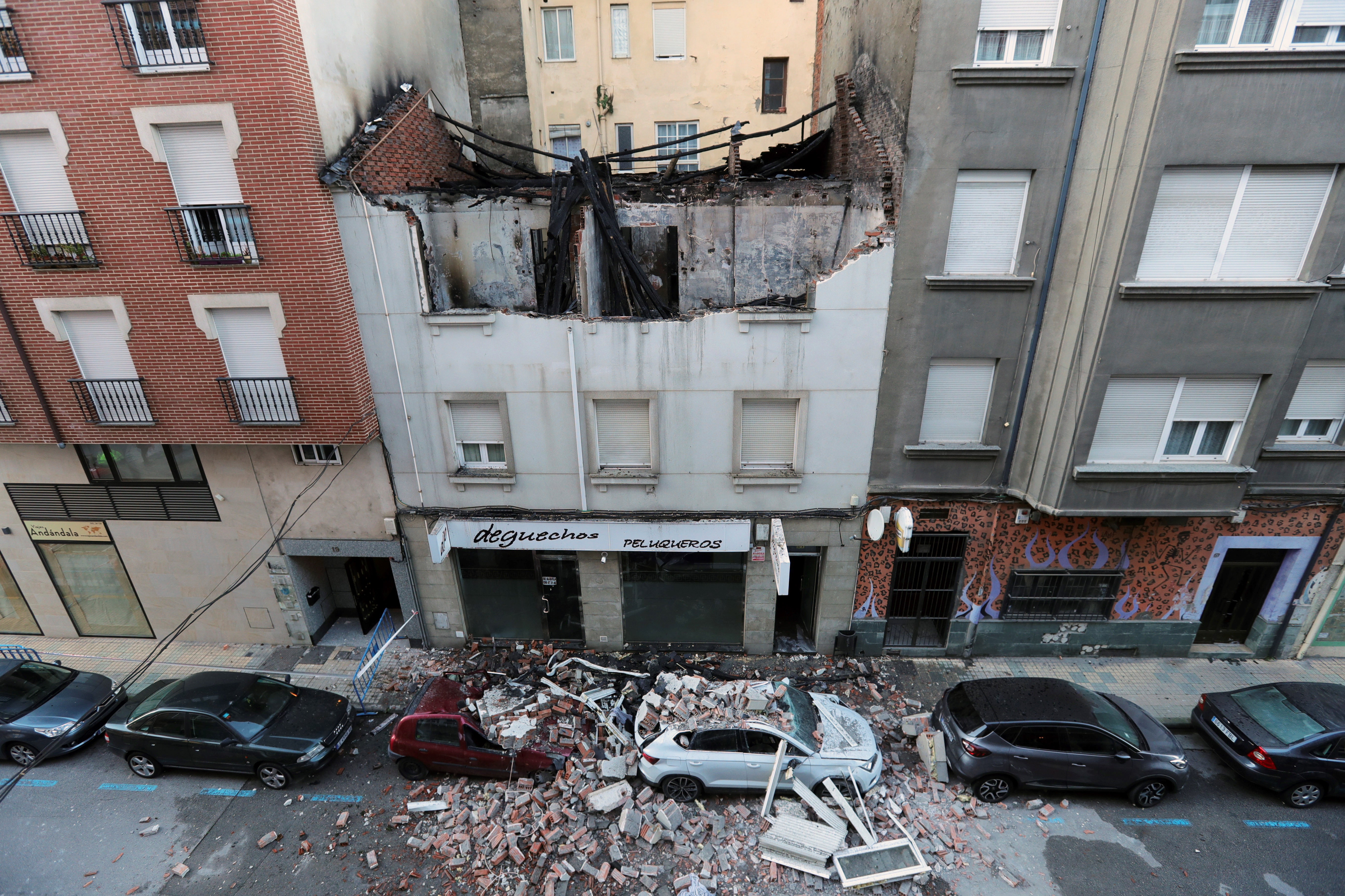 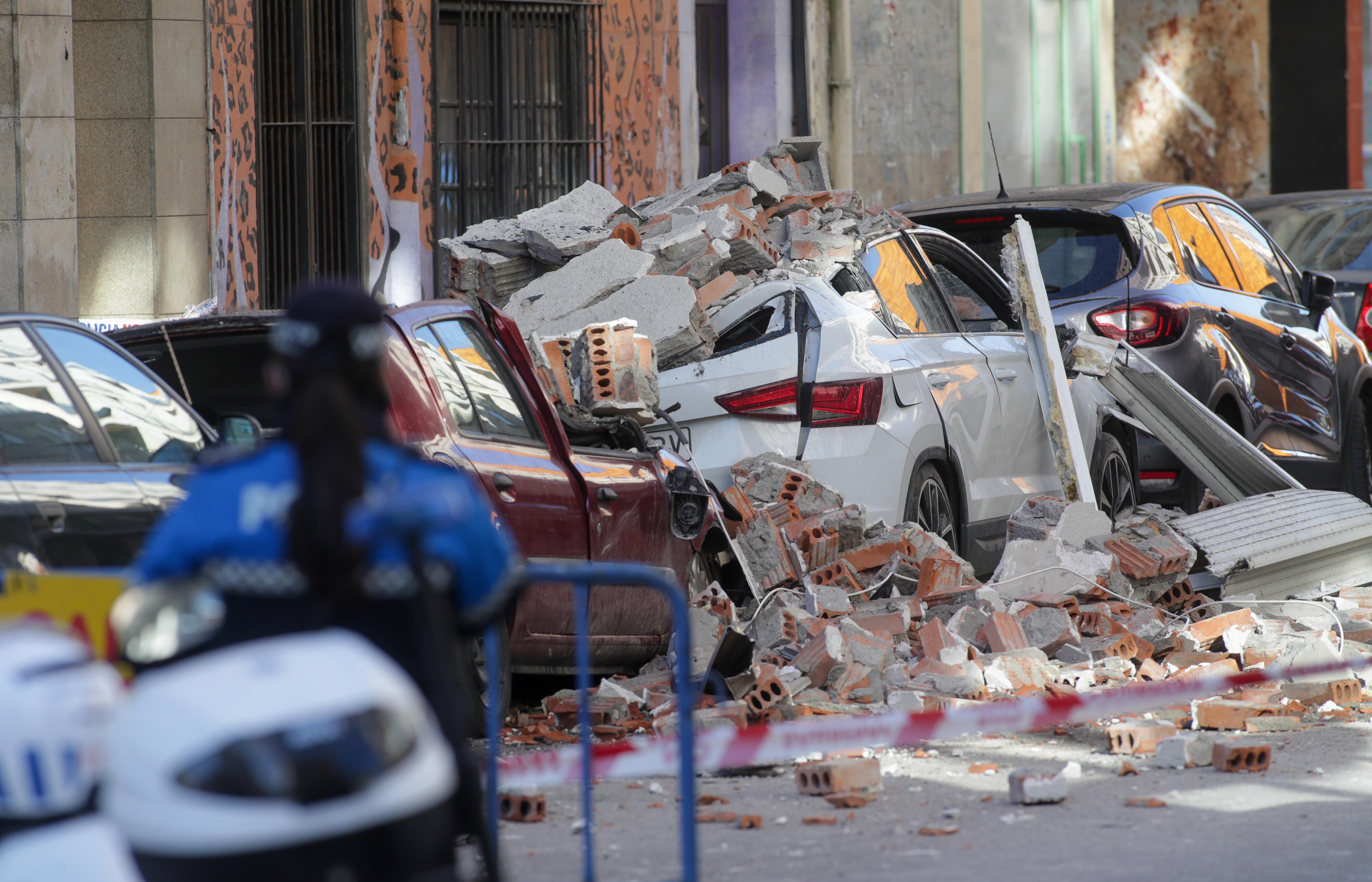 The gas explosion happened in an apartment in the Calle Alcón area of the city, with the roof blown off the building.

It's understood a man in his 30s turned himself in to cops after the blast, reports ileon.

According to the paper's source, it's alleged the man, who lived alone, was due to be evicted and reacted angrily.

Authorities have confirmed that a man is in custody.

The shocking explosion also caused a fire, completely destroying the inside of the house

Neighbours were evacuated for several hours as firefighters put out the blaze and assessed the damage.

Fortunately, no injuries were reported.

Dramatic pictures show bricks and other debris throughout the street, with at least two cars ruined.

The councillor for Citizen Security of the city, José Antonio Cartón, said the City Council is available to affected residents.

Cops and firefighters are working to clear the area. Neighbouring residents have been allowed to return home. 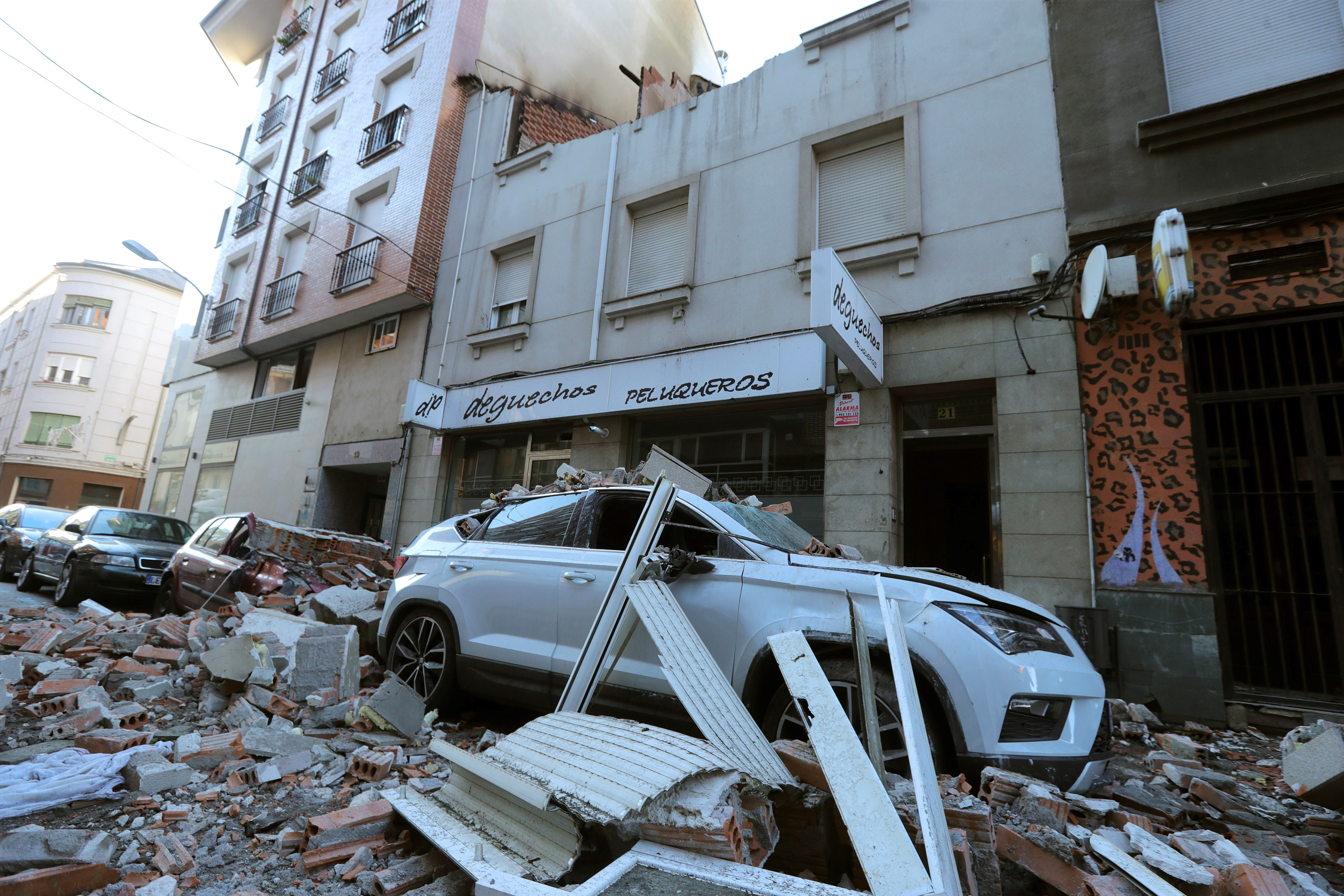 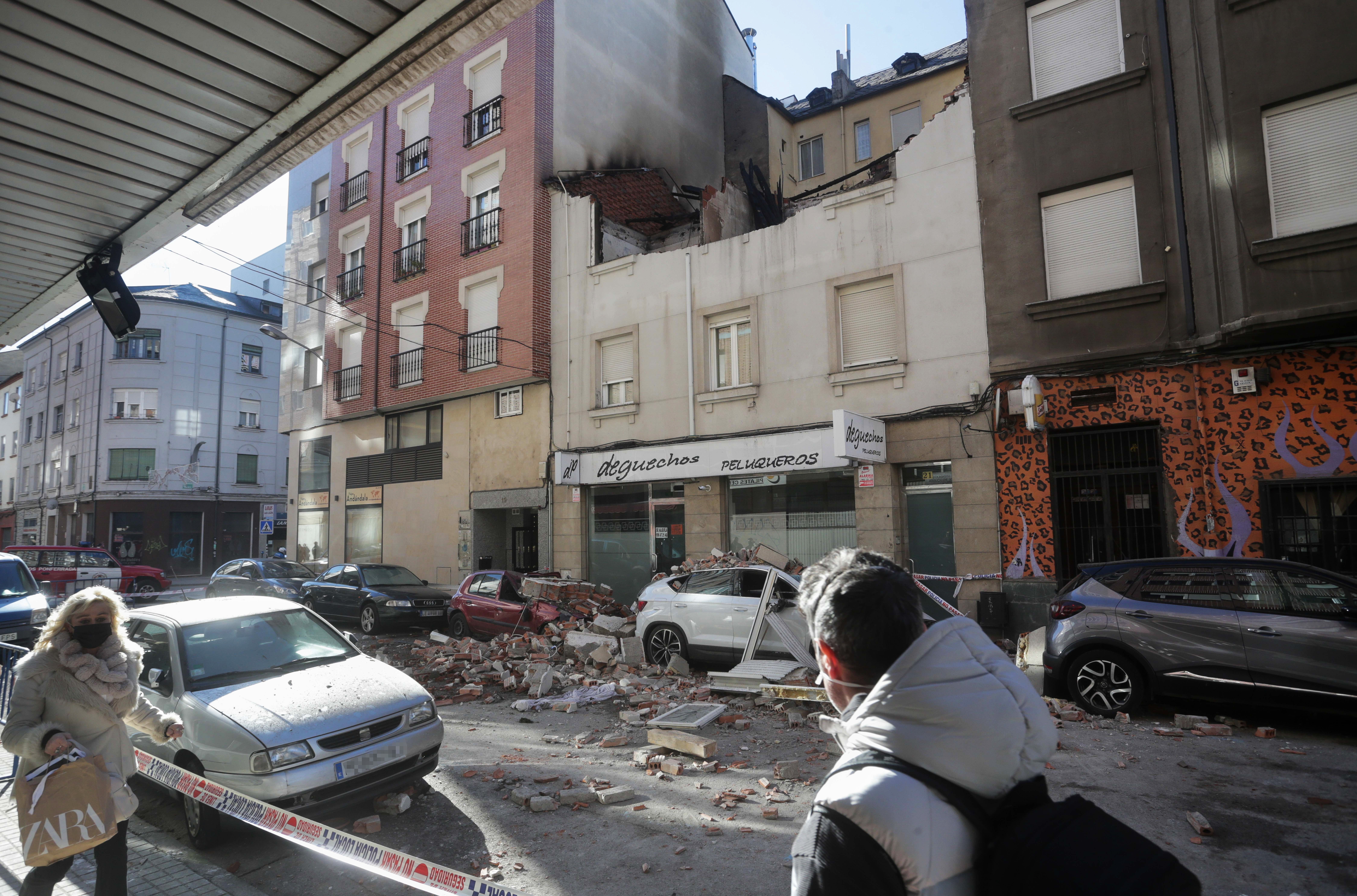 Funeral of Leicester City owner gets under way in Bangkok