Pvt. Walter Beagles arrived at Camp Jackson, South Carolina, in 1918, an African American draftee in a segregated Army that relegated black soldiers to labor battalions out of a prejudiced notion that they couldn’t fight.

Brig. Gen. Milford Beagle, Jr., a combat veteran who took command last June, admits that it gets to him, knowing he’s serving where his ancestor served but under vastly different circumstances.

“It does become pretty surreal to know that the gates my great-grandfather came through are the same gates I come through,” Beagle said. “You always reflect back to you’re standing on somebody’s shoulders. Somebody put that stair in place so you can move one more rung up.”

Beagle hails from the same town where his great-grandfather came from: Enoree, South Carolina. The family dropped the “s” from the end of its name during his grandfather’s lifetime.

He says he felt compelled to enter the infantry as a young man at least partly because African Americans once were largely shunted aside — considered inferior and unsuited to combat.

“That was one thing I did reflect on. Somebody at some point in time said your particular race can’t do that,” Beagle said. “At some point our ancestors fought so we could be in those front-line units and those combat units.”

Beagle has served in combat in Iraq and Afghanistan, among his many postings. 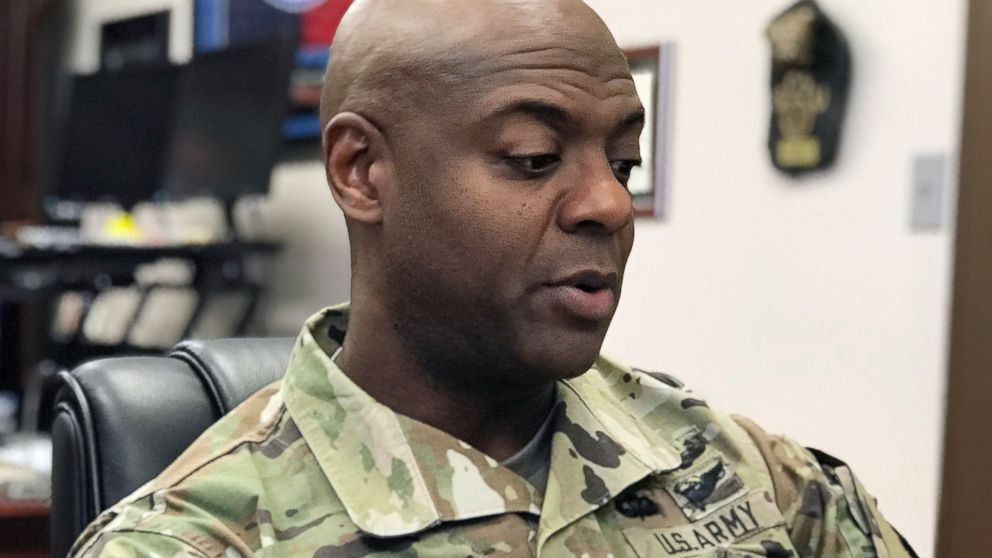 His great-grandfather, who died in 1985 at the age of 94, didn’t talk much about his Army service, Beagle said. But the general enlisted the help of Fort Jackson Basic Combat Training Museum director and curator Henry Howe who found more details about Pvt. Beagles’ military service during the Great War.

“Gen. Beagle gave me a copy of his draft card. He did give me a roster of Fort Jackson, but we were able to find out a little bit more information, specifically the days he came in and the units he was with and that he deployed to … France in late 1918,” Howe said.

At Camp Jackson, Beagles would have learned fundamental drills and how to behave as a soldier with the 156th Depot Brigade, but he didn’t get much training in combat arms. He moved into the 346th Labor Battalion where his jobs included loading and unloading ships, building roads and digging ditches — labor-intensive work.

“The majority of the African Americans were pushed off into the support units,” Howe said. “Oftentimes, we in the military look at the combat arms as the glory, but it’s overwhelmingly the support people that give the opportunity for victories.”

The Army that Pvt. Beagles served in was highly segregated, as was the wider society, said American studies professor Andrew Myers at University of South Carolina Upstate.

“As Jim Crow became more instituted in the civilian society, you saw the same thing kind of take over the military,” he said.

In Houston, Texas, 1917 a clash between police officers and soldiers led to court martials and the execution of 19 African American soldiers.

“The execution … of the colored soldiers implicated in the Houston riot was one of the dark spots on the escutcheon of the Army, but it did not dampen the ardor of the colored men who went to the front for the Stars and Stripes,” Emmett J. Scott noted in his book, “The American Negro in the World War.” Scott was Booker T. Washington’s secretary before becoming a special assistant to the U.S. Secretary of War, serving as a liaison between black soldiers and the War Department.

In October 1918, Beagles was deployed to France. The Armistice ending the fighting was signed the following month.

Following the war, Beagles was honorably discharged in January 1919 and returned to his farm. While many cities and towns, including Columbia, South Carolina, hosted parades welcoming back their soldiers, black veterans did not typically get a hero’s welcome.

“Especially in the South as they were discharged and went back to their homes, they encountered a lot of conflict with various people,” Myers said. Some fell victim to whites who objected to seeing black men in U.S. military uniforms. In 1920, the NAACP noted that nine African American retired soldiers had been lynched in 1919.

However, the mistreatment of African American soldiers during World War I was not a story Gen. Beagle heard from his great-grandfather. Instead, he spoke of hard work, courage, strength and integrity — values that his great-grandson says are woven into his family’s history.

“I remember flexing for Great-Grandpa,” Beagle said with a smile on his face. “He was just a great person, down to earth, hard working.” You could tell that by his hands, Beagle said.

Beagle said his great-grandfather and others contributed significantly to this country, without knowing what their contributions would mean to the future of the military — now a place where people of different races work side by side with the same mission, to protect their nation.

If given one more day with his great-grandfather, Beagle said he would show him today’s diverse soldiers in formation during a graduation ceremony.

“I would turn to him and say hey, was it worth it,” Beagle said. “And I’m pretty sure I’d get a big smile back and he’d say it was absolutely worth it.”

Ben Nevis survivor pays tribute to his friends after their deaths