Gentle giant Tuan Tuan the panda loses fight for life: Animal gifted to Taiwan by China is eased through final moments by carers before succumbing to illness

Tuan Tuan, one of two giant pandas gifted to Taiwan from China, died Saturday after a brief illness, the Taipei Zoo said.

No cause of death was immediately given, but earlier reports said the panda was believed to have had a malignant brain tumour, prompting China to send a pair of experts to Taiwan earlier this month to help with his treatment.

Tuan Tuan did not respond and after a series of seizures Saturday was placed in an induced coma, according to Taiwanese news reports.

Tuan Tuan and his mate, Yuan Yuan, were gifted to the zoo in 2008 during a time of warming relations between China and Taiwan, which split amid civil war in 1949. Both were born in China in 2004 and succeeded in having a pair of cubs in Taiwan.

The average life span for pandas in the wild is 15-20 years, while they can live for 30 years or more under human care. 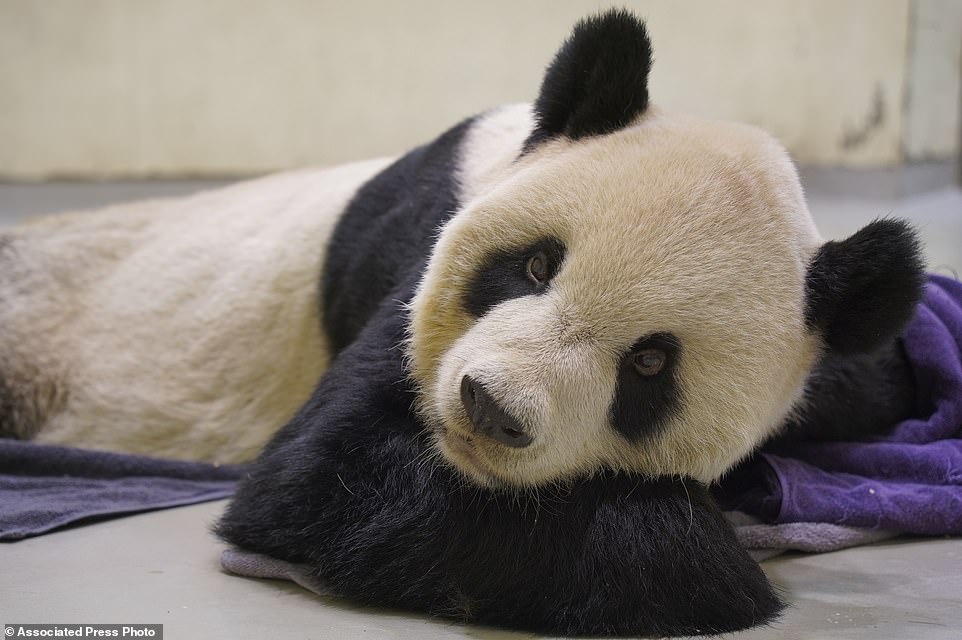 In this photo released by the Taipei Zoo, ailing giant panda Tuan Tuan lies on the ground at the Taipei Zoo in Taipei, Taiwan on Saturday, November 19, 2022 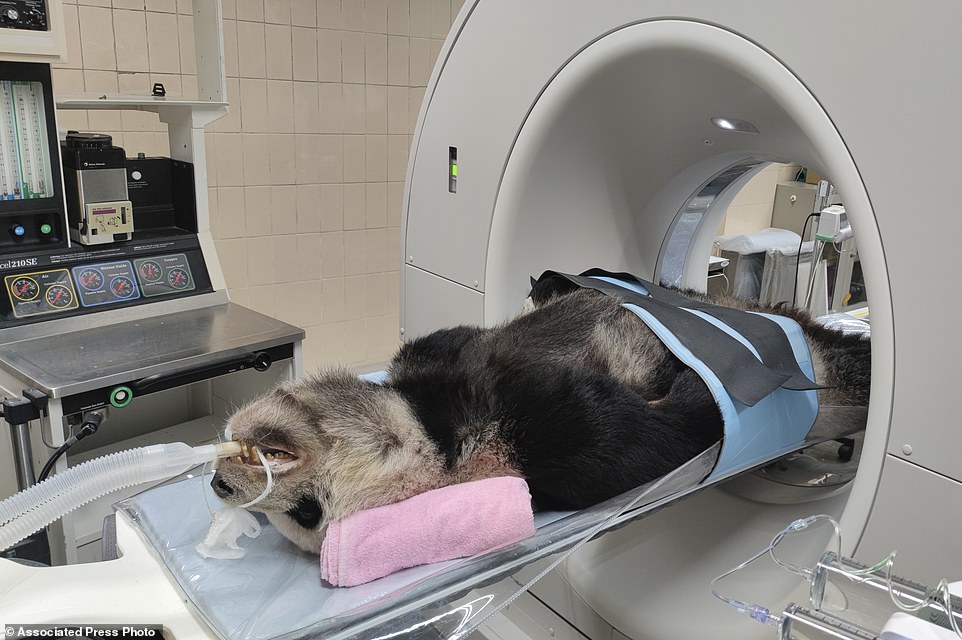 In this photo released by the Taipei Zoo, the ailing giant panda Tuan Tuan is placed through a CT machine in Taipei, Taiwan on November 19, 2022

Ties between Beijing and Taipei have declined sharply in the years since the pair’s arrival, with China cutting off contacts in 2016 following the election of independence-leaning President Tsai Ing-wen, who was reelected in 2020.

China sends pandas abroad as a sign of goodwill but maintains ownership over the animals and any cubs they produce. An unofficial national mascot, the animals are native to southwestern China, reproduce rarely and rely almost exclusively on a diet of bamboo.

An estimated 1,800 pandas live in the wild, while another 500 are in zoos or reserves, mostly in Sichuan province, where they are a protected species but remain under threat from habitat loss. 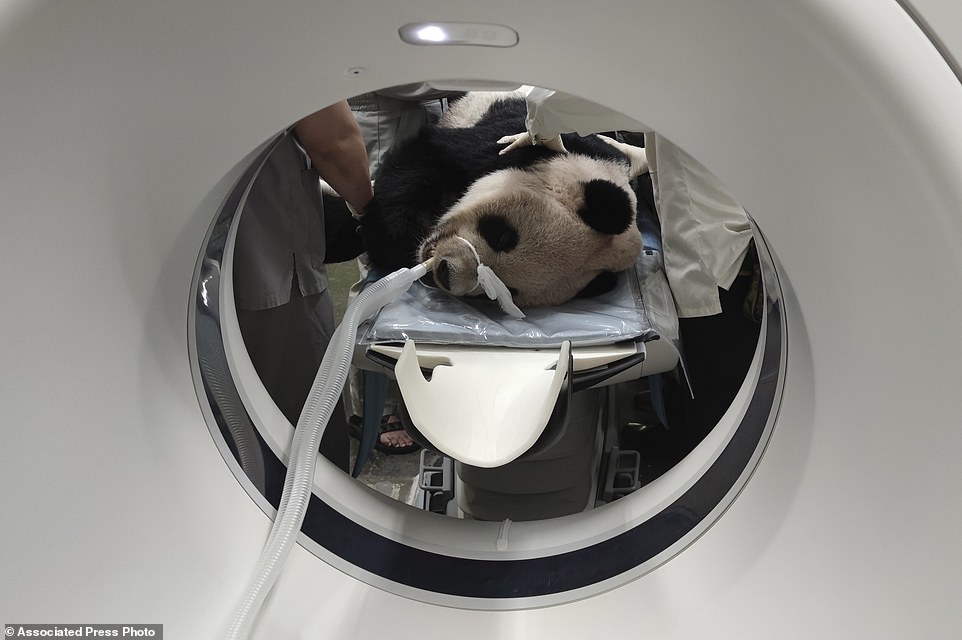 Giant Panda Tuan Tuan is placed through a CT machine in Taipei, Taiwan on November 19, 2022 shortly before passing away from an illness 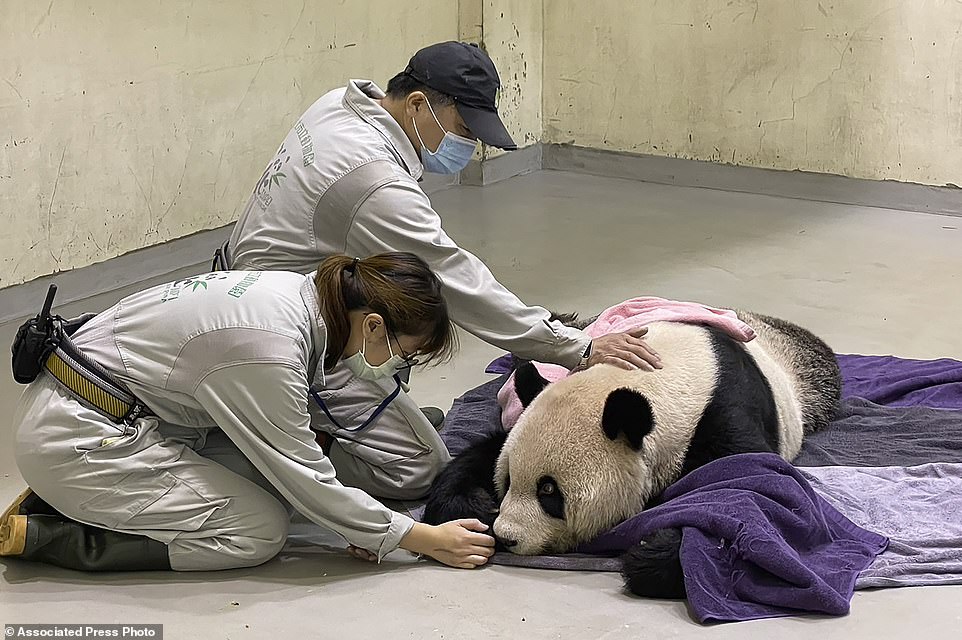 Taipei Zoo workers attend to the ailing giant panda Tuan Tuan at the Taipei Zoo in Taipei, Taiwan on November 19, 2022. Tuan Tuan died the same day after a brief illness 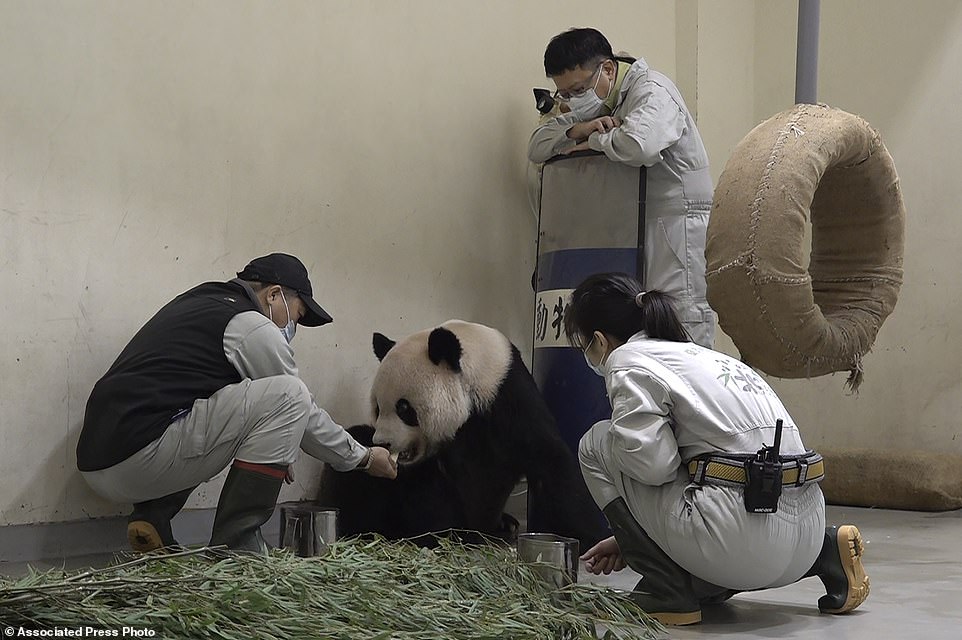 Tuan Tuan receives assistance from workers at the Taipei Zoo in Taipei, Taiwan on November 17, 2022 after suddenly becoming ill 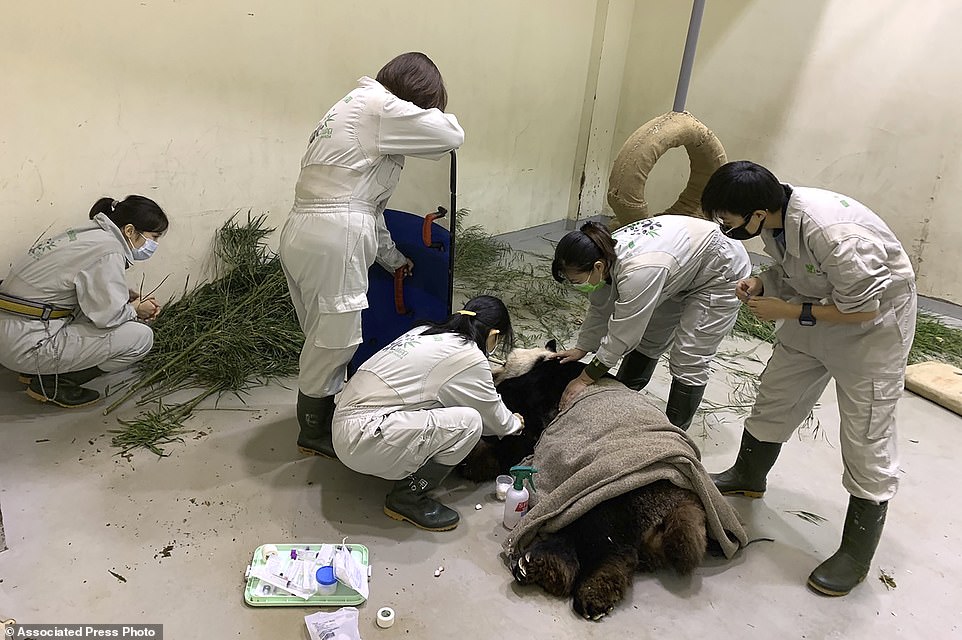 Five workers at the Taipei Zoo attend to the ailing giant panda Tuan Tuan in Taipei, capital of Taiwan, on November 17, 2022, before he passed away the same day 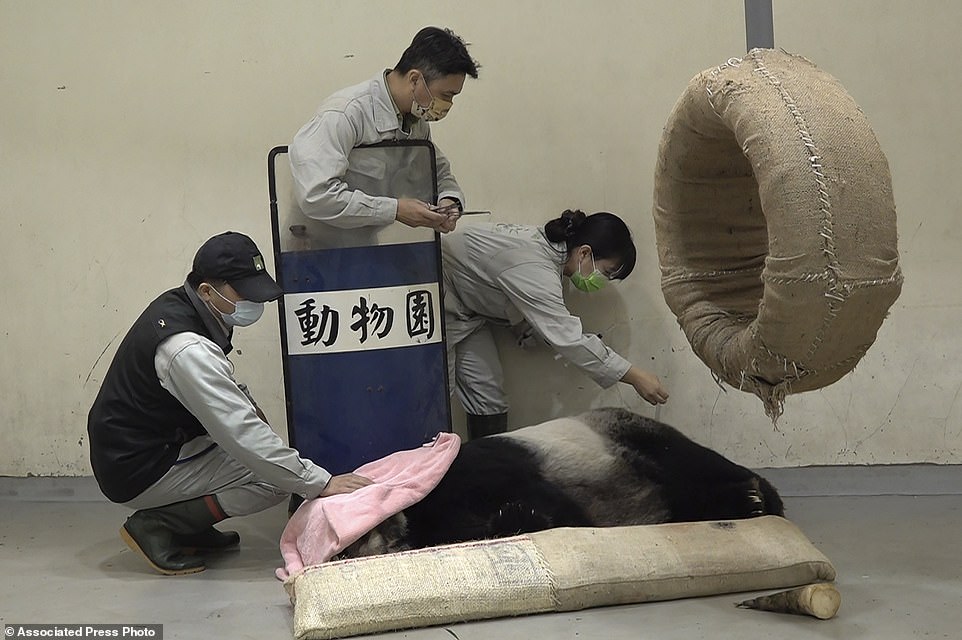 Giant panda Tuan Tuan is watched over by three workers at the Taipei Zoo after falling ill on November 17, 2022,at the zoo in Taipei, Taiwan

Both pandas were gifted to Taiwan in 2008 as a gesture of goodwill between the two nations. China views self-governing Taiwan as a breakaway province and has said it plans to take it back by force, if necessary.

The pandas’ names combined mean ‘reunion’ in Chinese – Tuan Yuan – and were chosen by a public poll in China, with over 130 million people reportedly casting their vote.