The world’s longest head butt! Giraffes fight each other in rarely seen battle (but it ends neck and neck)

This is the moment two young male giraffes were caught butting heads in a rarely seen fight for dominance.

The two giraffes engaged in the violent duel, butting each other aggressively on the neck and body, at Kruger Park in South Africa in December last year.

The rarely captured battle is part of a complex ritual to identify the alpha male in the tower (group of giraffes). 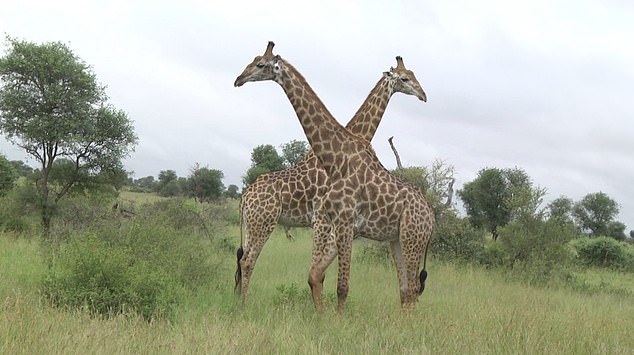 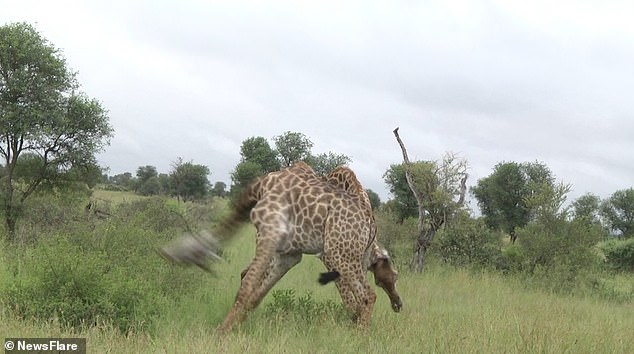 The giraffes can be seen posturing themselves in preparation to compete, sizing each other up.

As they get the measure of their opponent, both of the challengers swing their heads at the same time, with one landing a shot on his competitor’s leg.

While he tries to unsteady his opponent, the other giraffe strikes him on the neck with a swooping blow. 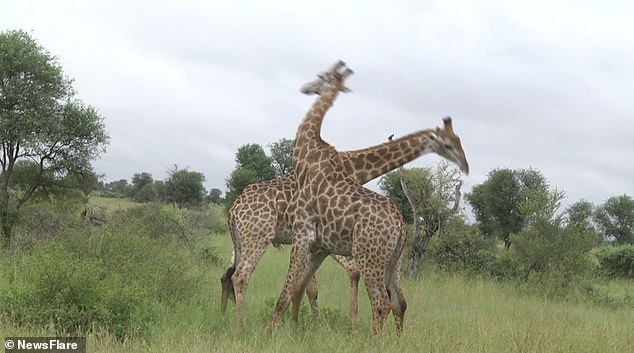 The giraffes swing again but the losing creature (back) can only aim towards his opponent’s rump, missing the neck

The giraffe with the longer neck at the front of the shot swings his head round like a windmill, landing a second and third shot on his opponent’s neck.

After this conclusive welt and the challenger defeated, he resigns himself to second place.

Experts believe that for male giraffes, neck size is very important. Those with longer and stronger necks are more likely to win these battles. 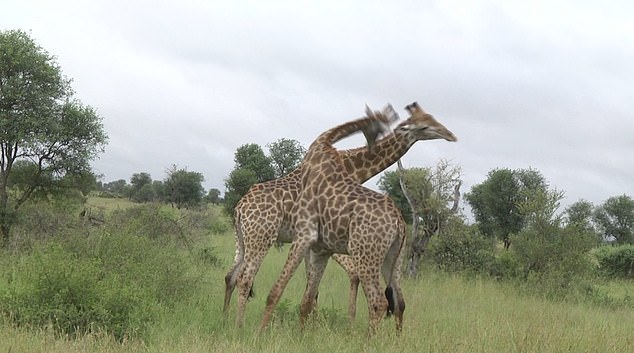 One of the creatures (front), with the longer neck, comes out as victorious after hitting his opponent more often

With victory comes pick of the females, and scientists believe that giraffes with longer necks attract more of them.

Giraffes also use their long neck to feed on the leaves, shoots, and fruits of tall trees.

They can grow up to 20ft tall and their necks can be over 6ft in length.

Temperatures set to plummet to minus 7C on Christmas