A TODDLER was left fighting for life after she swallowed 14 magnets – thinking they were sweets.

Becca McCarthy, who is just 22 months old, swallowed the brightly coloured balls bought from eBay when mum Sam was not looking. 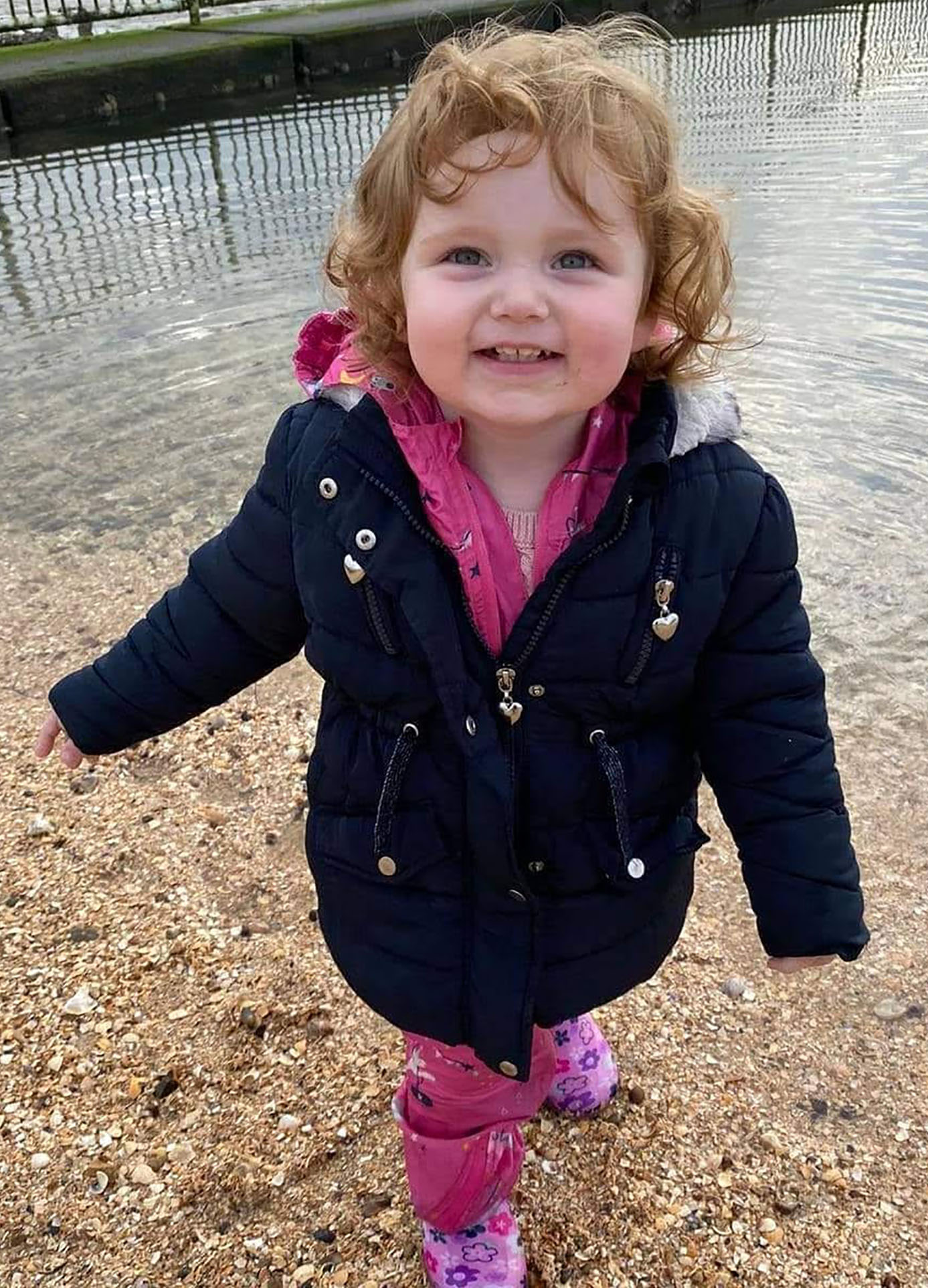 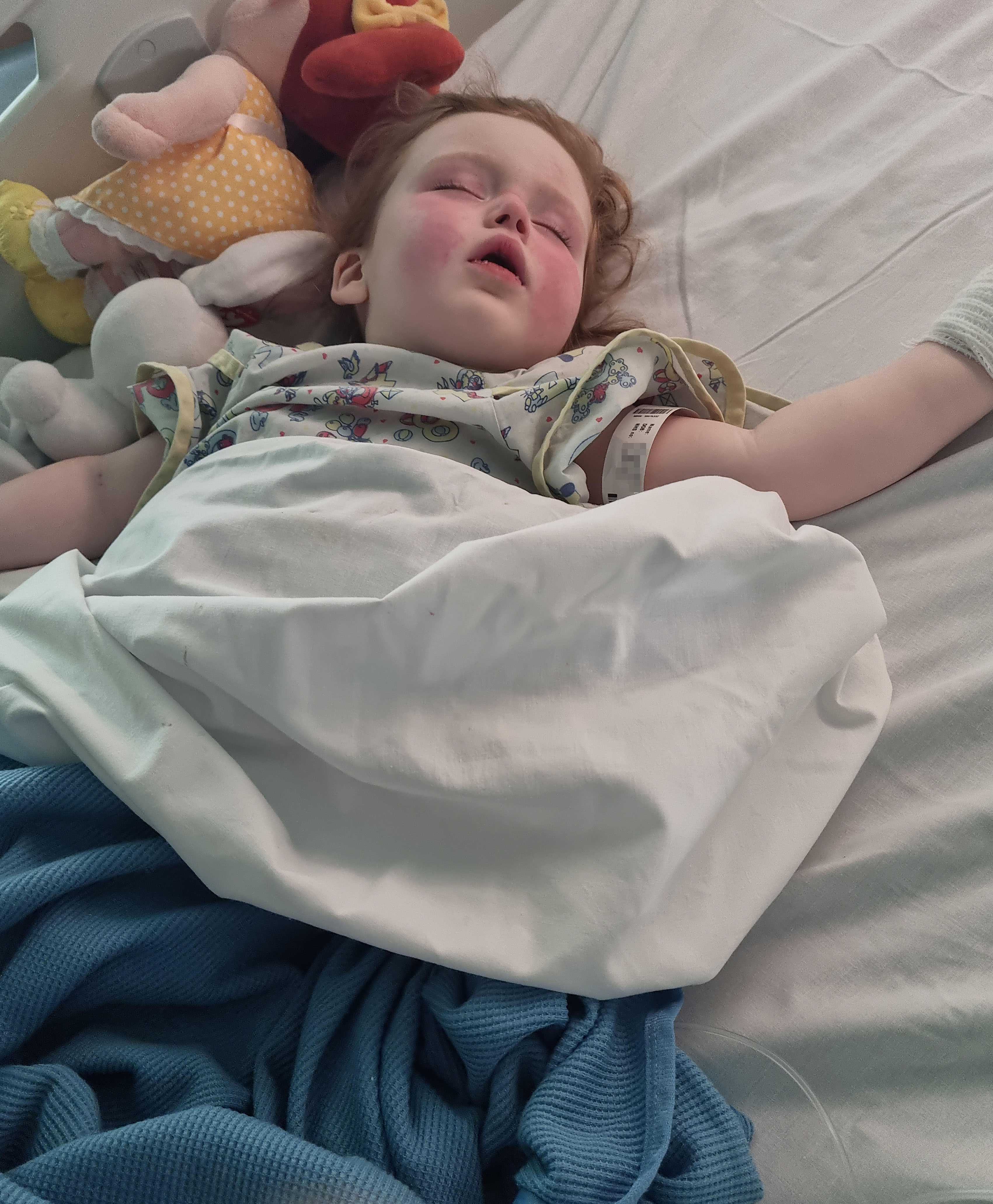 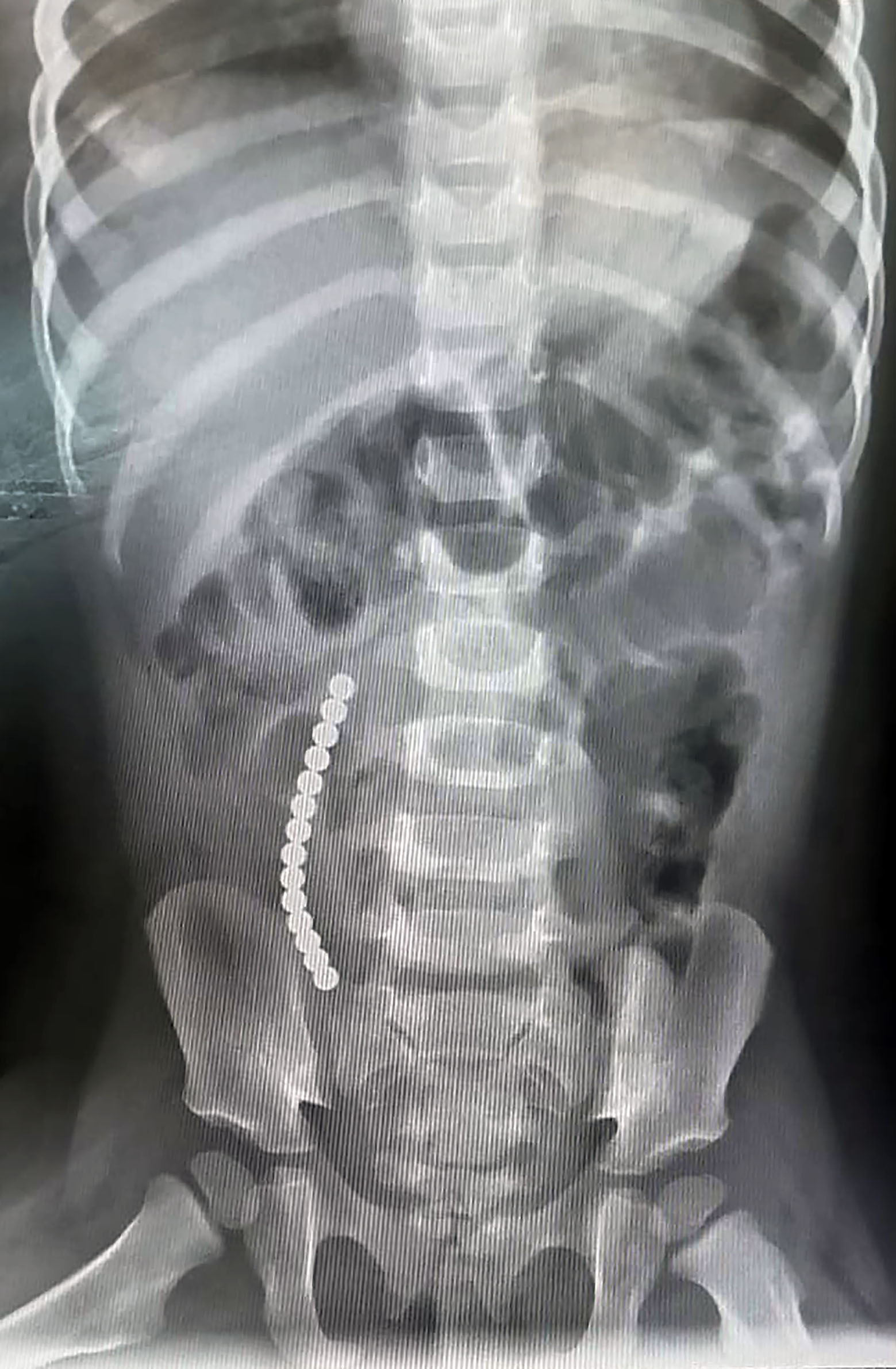 The tot, fondly nicknamed ‘Becca the wrecker,’ was rushed to hospital with suspected gastroenteritis before doctors feared she had a ruptured appendix.

But when the symptoms worsened, X-rays revealed the dangerous multicoloured 5mm metal balls in Becca’s stomach had magnetically reconnected inside the youngster.

Because the toys – swiped from older brother Freddie, nine – had already been partially digested, medics had to temporarily remove the youngster’s intestines to take them out.

Blasting the £5.97 magnet balls and calling for them to be banned, fuming Sam said: “I couldn’t believe it.

"We had all been playing with them since Christmas – they’re great fun for making all sorts of fun shapes but they are very powerful too.

“I bought three sets of them so there were about 650 balls around the house. They are so small, you wouldn’t know 14 had gone missing.

“I’ve no idea how she got to them, I can only think that she thought they were sweets as they’re brightly coloured like a rainbow. 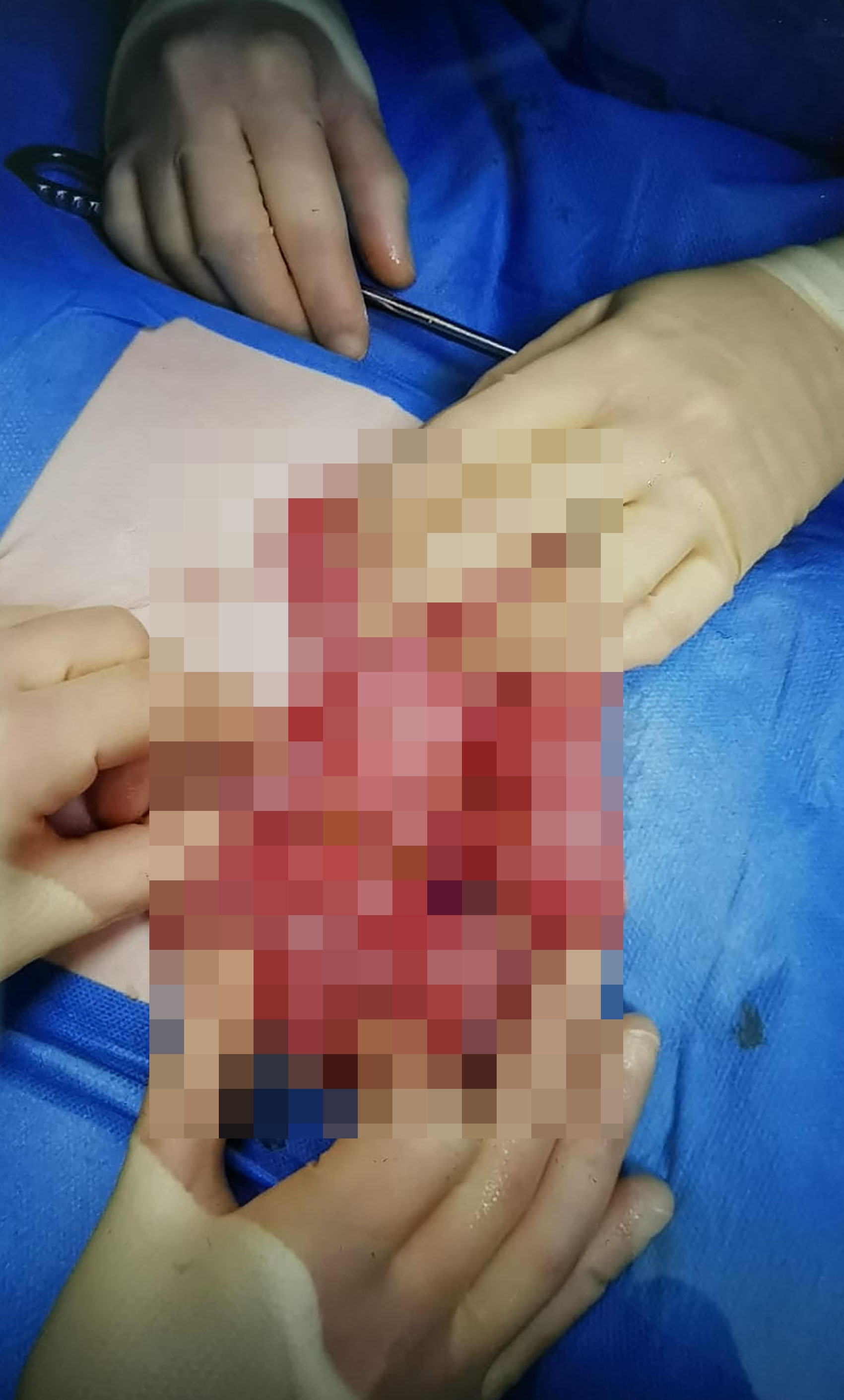 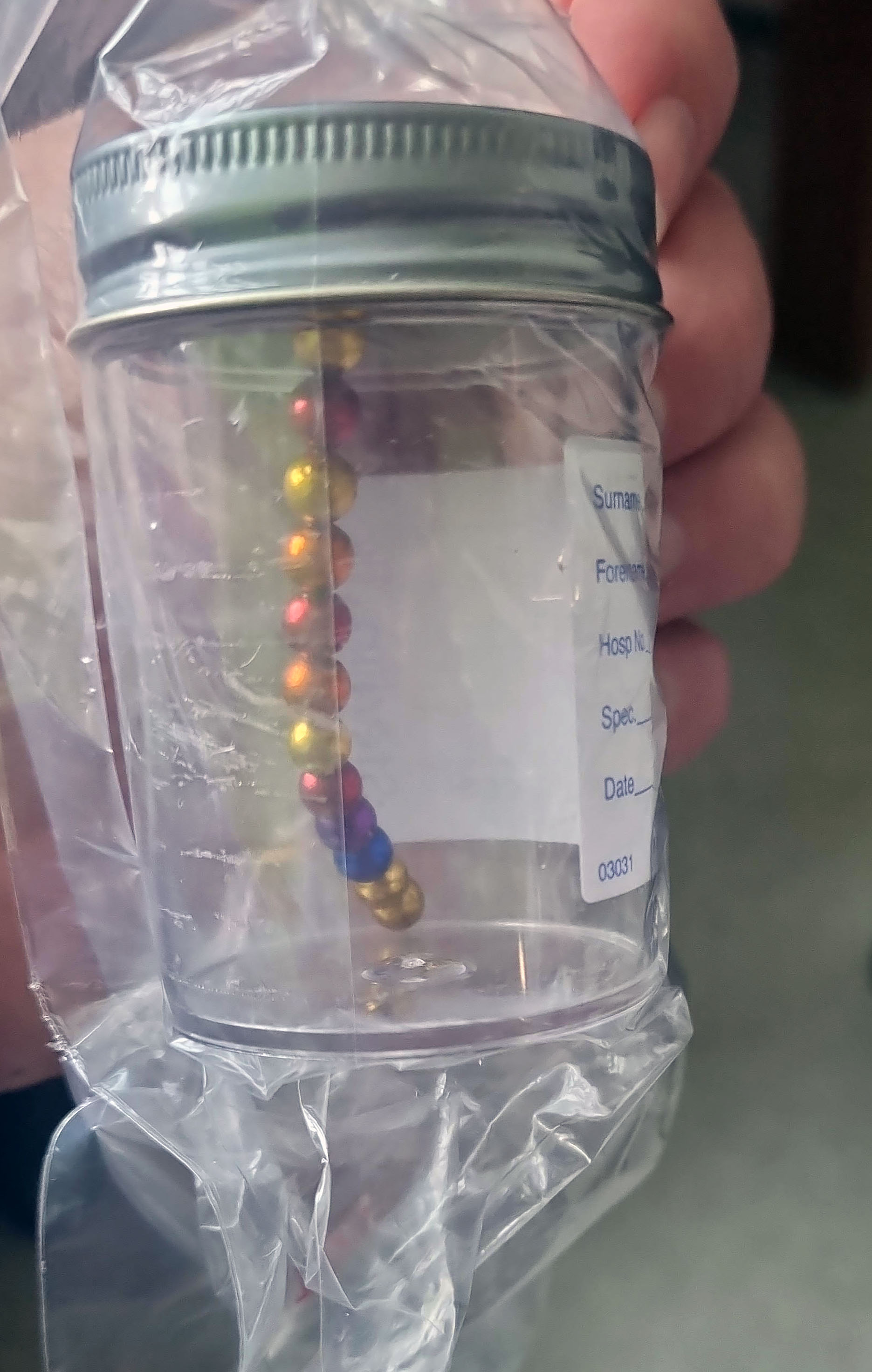 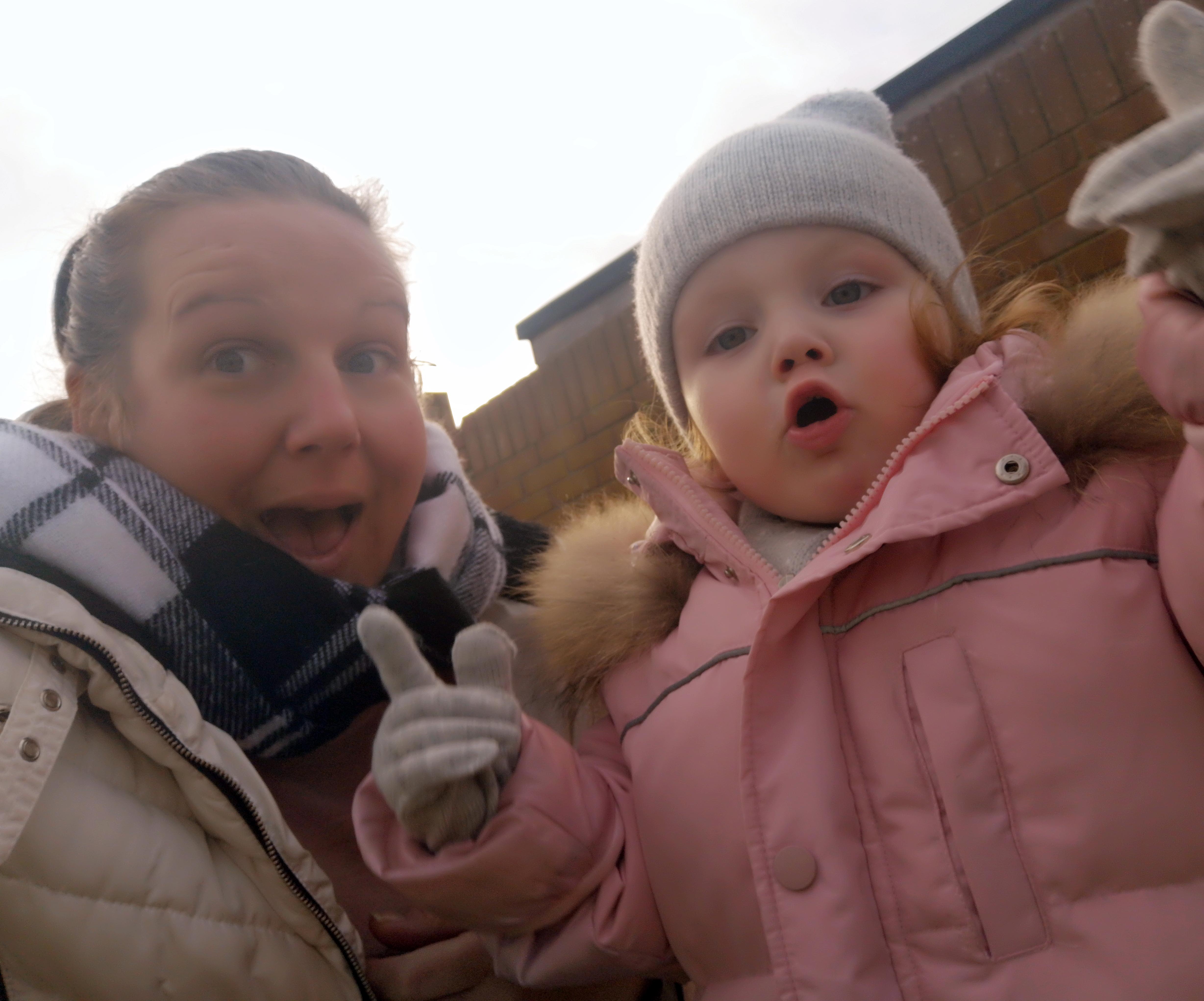 “We’ve been trying desperately to make sure there are no more hidden down the sides of our sofas as they get everywhere."

She added: “We call her 'Becca the wrecker’ and she’s certainly lived up to her name.”

Office worker Sam, of Basildon, Essex, said her beloved daughter first started being sick at about 1pm on Thursday.

Little Becca was today facing a week in hospital after successfully undergoing the two-and-a-half-hour surgery at The Royal London Hospital, on Sunday.

However, she was worried and called for husband Steve, a 36-year-old construction worker, to come home.

The pair then became concerned that their daughter may have appendicitis.

The hidden dangers of magnets

Doctors have urged parents to be careful of magnets

If swallowed, magnets stick to each other through loops of gastrointestinal tract.

That means they can cause bowel perforation or intestinal blockages – or even cut off the blood supply to internal organs.

The injuries sustained can be life-threatening.

But magnets can be just as dangerous if only one is swallowed.

Last January, a doctor issued a serious warning to parents over a potentially deadly magnetic ball craze, which had left at least four children needing surgery.

The balls have already been made illegal in some countries due to the potentially fatal consequences.

“We phoned 111 and the doctors, but with Covid it was a nightmare getting through, so we took her up to Basildon Hospital," she said.

“She managed to keep down anti-sickness medication so they were happy for her to go home."

The little one slept for ten hours – and her relieved parents thought she was recovering.

However, she then woke up in pain – and Sam rushed her back to hospital, where she was put on a drip and given an X-ray.

It was then that the medics made the discovery.

“I am just in shock and horror," Sam said.

"Please, if anyone has these, just get rid of them. The end result could have been fatal."

eBay and the manufacturer of the magnets have been approached for comment.

Robert Hendriks, Marine killed in Afghanistan, was ‘the perfect son’