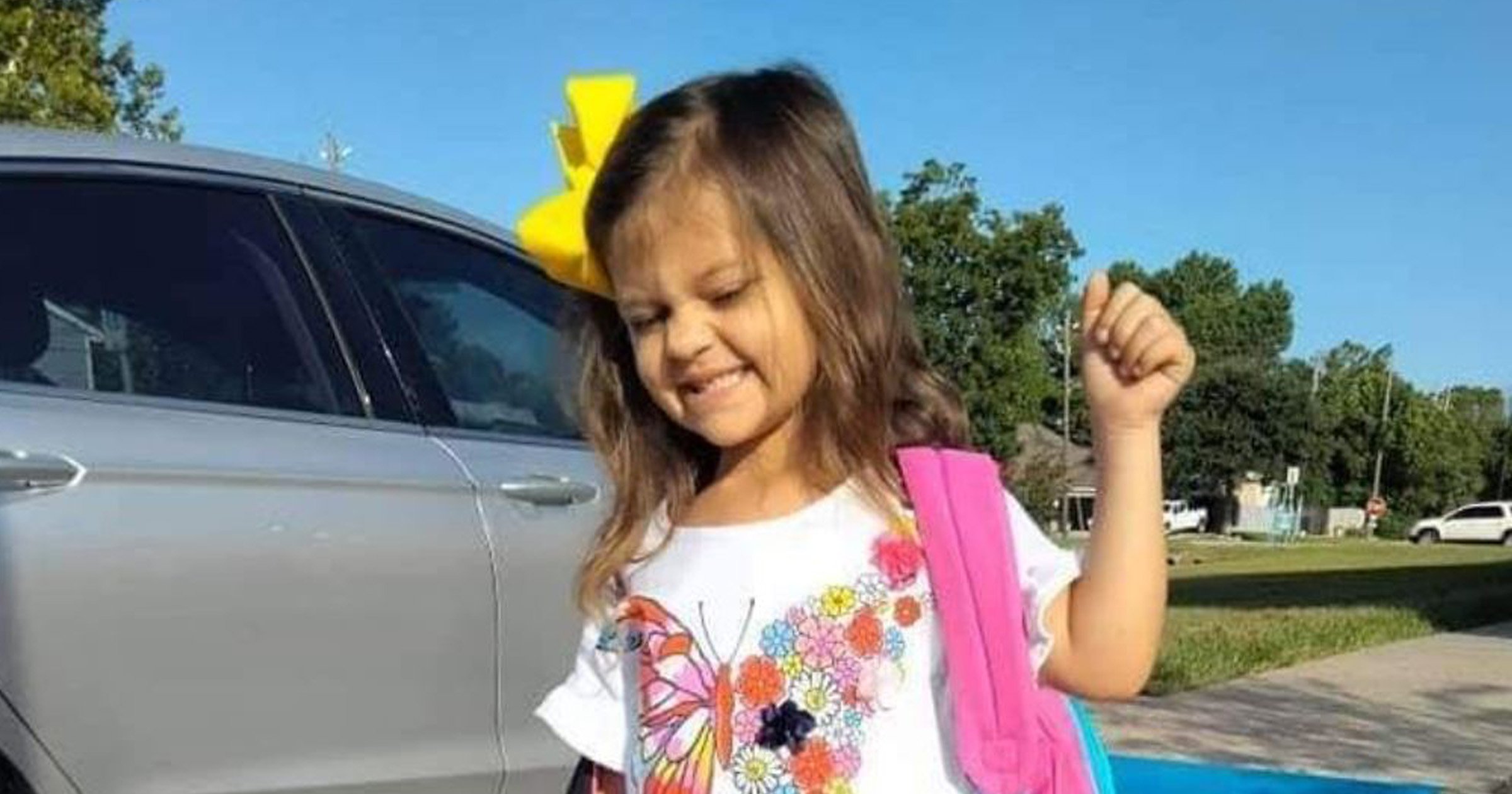 A four-year-old girl whose mother was an anti-vaxxer has died with Covid, Texas authorities say.

Kali Cook died within hours of showing symptoms of the virus in a highly unusual case, which saw her become the youngest victim of the disease in the US state’s Gavescon County.

Mum Karra Harwood, who was reportedly not jabbed, told The Daily News: ‘I was one of the people that was anti (vaccine), I was against it.

The family were quarantining because of Covid infections, but it is unclear how many of them were positive and when exactly they were diagnosed.

Kali died in her sleep last week after developing a fever in the night, according to her mother, who said her daughter had no underlying health conditions but did tend to get sicker than her siblings.

The youngster had not tested positive for the virus, but was confirmed to be carrying it when she was examined by the Galveston County Medical Examiner’s Office, local media reported.

But Kali was not eligible for a jab in the USA, because she was younger than 12.

The USA has long been the world’s worst hit country on Covid-19, with deaths now approaching the 700,000 mark.

However, anti-vaccine sentiment is stronger in the states than many other parts of the globe.

He told other local parents: ‘It’s very important, if your kids are sick, not to say, “Oh, they’re going to be OK,”’ the Daily News reported.

‘If your kids are sick, go seek out medical care.’

US warship sails through Taiwan Strait amid tensions with China