POLICE are hunting a man who "snatched" a seven-year-old girl in broad daylight in South London.

The Met Police has issued a CCTV image of a man they want to quiz over the possible attempted abduction. 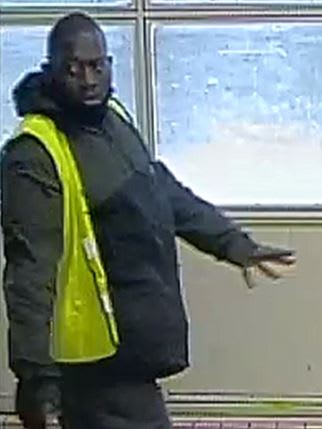 The little girl was grabbed by the stranger while out with her mum in Mary Datchelor Close, Camberwell at 5pm.

However, the man dropped the child moments later and fled.

The seven-year-old was not injured following the incident last October.

Anyone who can identify the man is asked to contact police on 101 or Tweet @MetCC quoting 5832/22OCT.

This comes as a masked man tried to snatch a two-year-old girl from her pram as her mum walked through a park.

The 25-year-old mum was near Eastrop Park in Basingstoke, Hampshire, when she was approached by the stranger at around 4pm on Thursday.

Cops said the man began speaking to the woman, before trying to take the child out of the pushchair.

The man is described as black, about 40-years-old, 5ft 6ins tall with a stocky build, black hair and a thick beard.

Hampshire Police appealed for any witnesses to come forward, saying: "Officers investigating this incident are keen to speak with anyone who could have information.

"Were you in the area at the time, perhaps you saw or heard something? Do you recognise the man in this description?"