A girl who suffered brain damage after being accidentally given nitrous oxide in hospital has overcome doctors expectations to become a happy and thriving child.

Amelia Khan was administered the pain relief gas instead of oxygen after her birth in Bankstown-Lidcombe in June 2016.

A subcontractor mixed up two gas pipelines in the delivery ward, leaving the infant fighting for life, with doctors telling her devastated parents she had just months to live.

Amelia’s parents Danial and Benish chose to keep their daughter on life support after the horrifying mix-up and four years later, she has overcome incredible odds to become a determined and bubbly little girl. 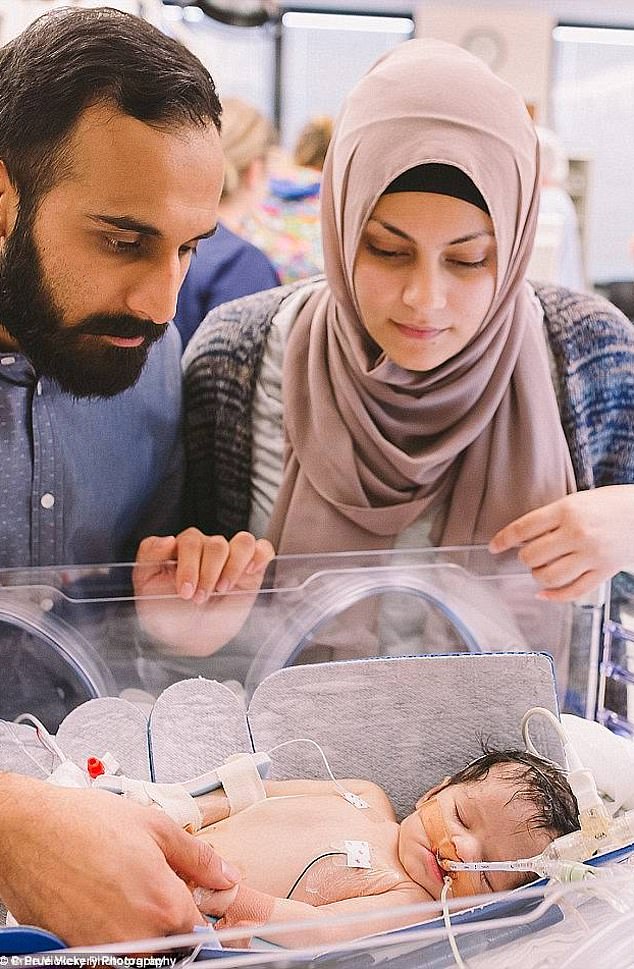 ‘They said she wouldn’t live past six months old so the fact she continues to thrive was a big surprise for everyone,’ Mrs Khan told The Sunday Telegraph.

Amelia is now four years old and suffers from quadriplegic cerebral palsy and can’t walk or talk, but is driven to do things on her own.

The little girl is making progress every day and communicates with her family using a program on an iPad, as well as using her left leg to say ‘yes’ and her right to say ‘no’.

She visits Bankstown-Lidcombe Hospital every year for her annual check ups, meeting with doctors and nurses who have become close with the family during Amelia’s lifetime.

The Khans are doing everything they can to give Amelia a normal life including taking her swimming and holding her body to kick a soccer ball.

‘She does everything, there is nothing she is limited from doing, but she needs assistance with it,’ Mr Khan said. 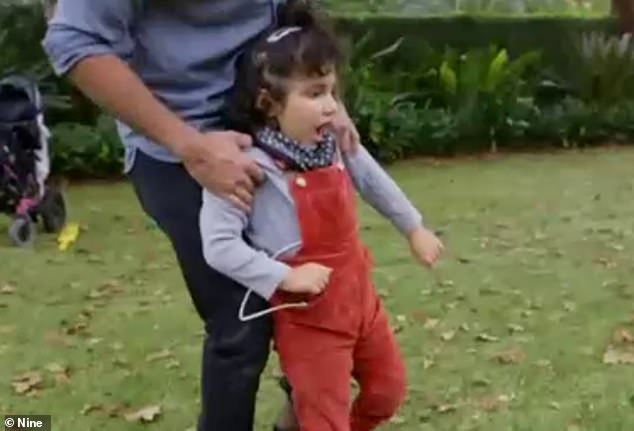 Four years after the gas mix-up Amelia (pictured) is thriving, with her parents striving to give her a normal life 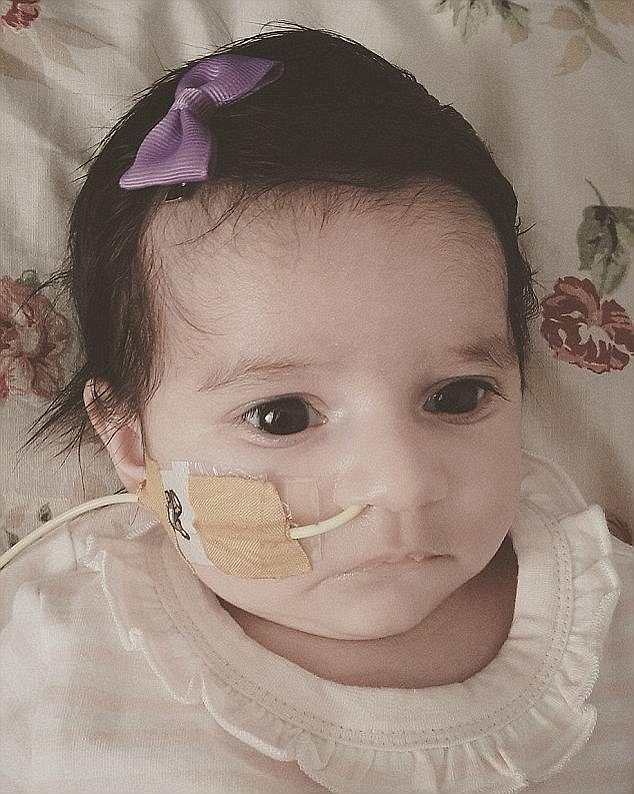 When hospital staff thought they were providing Amelia oxygen, she was actually being pumped full of laughing gas from a port which had been incorrectly labelled.

A month later, another newborn, John Ghanem died at the same hospital after being given the deadly gas instead of oxygen.

Sydney’s Downing Centre District Court in May heard Amelia would likely develop intellectual disabilities, was unlikely to develop speech and would be reliant on others for all aspects of her care after the bungle.

The couple shared haunting video of the moments immediately after Amelia’s birth, which should have documented the happiest time of their lives.

Instead, it now serves as a painful reminder of what happened to their little girl.

The footage, which was shared with 60 Minutes, shows the moment doctors placed the mask over a healthy Amelia’s tiny little mouth to assist her breathing.

‘It is just something that haunts you forever.’ 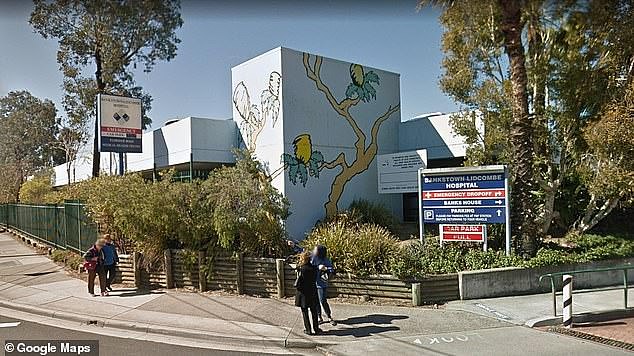 Bankstown Lidcombe Hospital (pictured) in Sydney’s south-west, where two newborns were fed nitrous oxide instead of oxygen in the birthing suite

The Caesarean birth went well, but the medical team decided to give Amelia a small amount of oxygen to assist her breathing, not yet realising a subcontractor had actually mislabelled the gas line.

Amelia immediately began suffocating, and the footage shows the moment doctors realised her condition was deteriorating, while Mr Khan tried to comfort his wife.

The subcontractor who made the error appeared in court charged with serious workplace health and safety breaches. He pleaded guilty and was handed a $100,000 fine.

‘The extent of the harm caused is almost too awful to contemplate,’ Judge David Russell said when determining the ruling.

‘I cannot think of a more tragic case. John Ghanem lost his life and his parents will live with their grief forever,’ Judge Russell said.

A subcontractor mixed up gas pipelines at the hospital, leaving Amelia fighting for life

‘Amelia Khan has been condemned to a terrible existence. Her parents will have to provide care and assistance to Amelia and deal with their own grief.’

The Khans know their daughter will need one-on-one care for the rest of her life and admitted the road through Amelia’s life has been tough.

Mrs Khan said more needs to be done for the parents of children with special needs, who are often left out of the conversation.

But despite her disabilities, Mrs Khan said Amelia has proven she will still be able to accomplish great things in her life.

‘She’s been able to make such a big change in four years imagine what she can accomplish the rest of her life as long as she has the right people by her side,’ she said.

The young parents said they have ‘accepted’ what happened to Amelia.

‘We like to teach Amelia that although these things happen, we forgive and we don’t hold grudges with anybody. We never have,’ Mrs Khan added.

‘It’s just a reminder for us to make sure, to fight for Amelia and to make sure to get the outcome that she deserves… we feel even more strongly about making sure that the right people are held accountable for her.’ 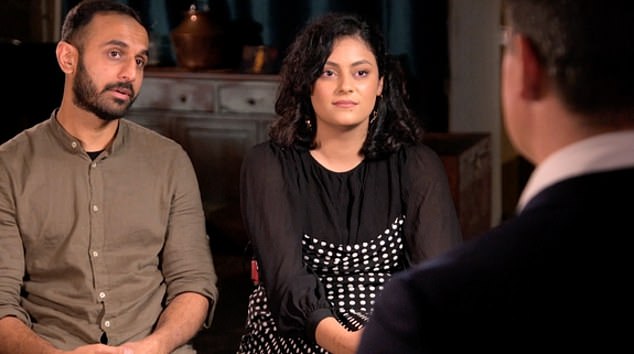