As the political world settled in for a long wait to know who will control Congress, Republicans began finger-pointing Wednesday about whether former President Donald Trump was to blame for their lackluster election night.

Republicans could still take control of both the House and Senate, but their predictions of a massive red wave sweeping the country fell short as some major Trump-backed candidates like Mehmet Oz in Pennsylvania were defeated while key races in Arizona and Nevada were still too close to call Wednesday.

The Georgia Senate race is headed to a December runoff, NBC News projects, making it increasingly likely control of the upper chamber won’t be decided until then.

Senate Minority Leader Mitch McConnell — who cited “candidate quality” as a concern in August while downplaying expectations of Republicans taking control of the Senate — was asked by reporters Wednesday how he felt about the state of the race.

“I don’t deal in feelings. The question is, they’ve got to count the votes and then we’ll figure out where we are,” McConnell said.

“I think it sends a message to the country, along with some other states, that this is truly a pivot point for the Republican Party,” he said.

Duncan made the comments after his state’s governor and secretary of state — Republicans Trump had campaigned against during the primary for not backing his bid to overturn election results in 2020 — both won re-election by comfortable margins. Trump’s handpicked Senate candidate in Georgia, Herschel Walker, meanwhile, was trailing Sen. Raphael Warnock in a race that is now headed for a runoff on Dec. 6.

But NBC News projects that Duncan, who did not seek re-election, is being succeeded by Burt Jones, a Trump-endorsed state senator who acted as a fake elector in Georgia after the 2020 election. 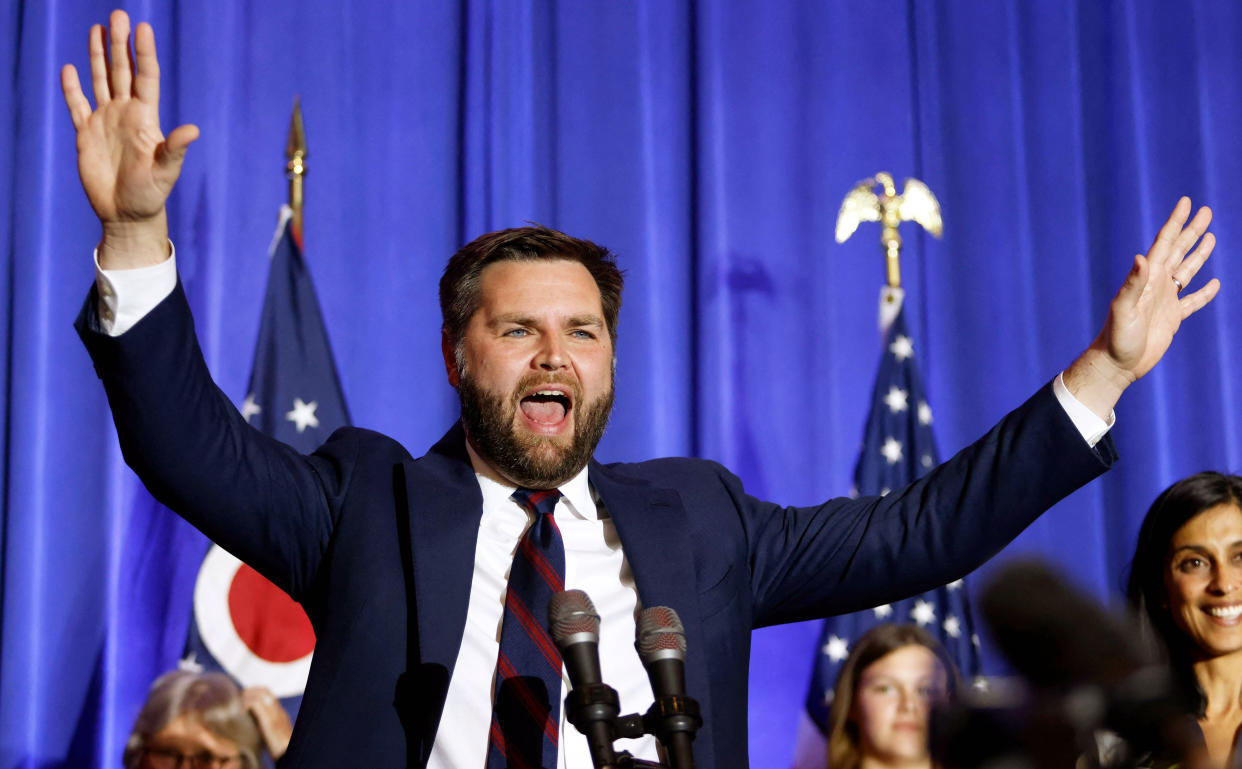 Trump hosted an election night party at his Mar-a-Lago estate that was expected to be an opportunity for him to take credit for many of his endorsed candidates scoring big victories. Instead, Trump gave a short, lackluster speech and then quietly watched the returns while eating dinner with a small group of close aides.

In an interview with NewsNation earlier on Tuesday, Trump said he was only responsible for the party’s successes, not its failures.

“I think if they win I should get all the credit, and if they lose, I should not be blamed at all, OK? But it will probably be just the opposite. When they win … I’ll probably be given very little credit, even though in many cases I told people to run and they ran and they turned out to very good candidates,” he said.

“If they do badly, they’ll blame everything on me.”

On social media, Trump maintained that the election had been a huge success for him.

“174 wins and 9 losses, A GREAT EVENING, and the Fake News Media, together with their partner in crime, the Democrats, are doing everything possible to play it down. Amazing job by some really fantastic candidates!” he wrote on Truth Social Tuesday night.

He took a slightly less triumphant tone on Wednesday, writing “While in certain ways yesterday’s election was somewhat disappointing, from my personal standpoint it was a very big victory — 219 WINS and 16 Losses in the General — Who has ever done better than that?”

President Joe Biden said in an address from the White House the predicted red wave “didn’t happen” and that Election Day had been “a good day for democracy.”

While “some good Democrats didn’t win” and any lost seat is “painful,” Biden said, overall voters “sent a clear and unmistakable message that they want to preserve our democracy and protect the right to choose.”

Thiessen listed a group of Republican governors who were handily re-elected Tuesday, including Florida’s Ron DeSantis, Ohio’s Mike DeWine, Georgia’s Brian Kemp and Texas’ Greg Abbott, and described them as the “path to the future” for the party in contrast to “radical candidates who ran far behind them.”

The site also published a piece by Fox News contributor and opinion columnist Liz Peek declaring that “The biggest winner of the midterm elections was without a doubt Governor Ron DeSantis, whose landslide victory in the state of Florida was breathtaking.

“The biggest loser? Donald Trump, whose handpicked loyalist candidates in a number of races struggled to beat vulnerable Democrats.”

While several Republican candidates who denied or questioned the results of the 2020 election lost their races for positions that oversee, defend and certify elections in battleground states, one key Trump ally managed to hold on to his job Wednesday — NBC News projects that Sen. Ron Johnson, R-Wis., defeated Democrat Mandela Barnes in a close race.

Will Hurd, a former Republican congressman from Texas, tweeted of the election results, “It’s the candidates, stupid.”

“Americans have made it clear that candidates matter. Character matters. The way we treat those with whom we disagree matters,” Hurd wrote.

“We need strong leaders with integrity that can tackle the challenges of the future and lift people up. We have some that won big last night, but we need a helluva lot more if we want to win moving forward.”

Former Democratic presidential nominee Hillary Clinton credited her party’s success in fending off a red wave to women who were motivated by the Supreme Court’s reversal of Roe v. Wade, which had protected abortion rights nationwide.

“It turns out women enjoy having human rights, and we vote,” she tweeted Wednesday morning.

Nevada desperately trying to keep ‘zombie deer’ out of state