Grammar school students do not lead healthier or wealthier lives, finds study into pupils who passed 11-plus in 1970s

Children who attend grammar school do not go on to lead healthier or wealthier lives finds study.

An in depth study found that those who attended the schools were more likely to get better A-levels and a degree but that the advantages stopped there.

The analysis of the grammar school goers who took the 11 plus exam in 1969 found that they are no more physically or mentally healthy, wealthier or likely to be employed than their comprehensive school counterparts.

With teenagers from all backgrounds now taking A-levels and many going on to do a degree the study concluded that any benefit of attending a grammar school over a comprehensive may be wiped out all together. 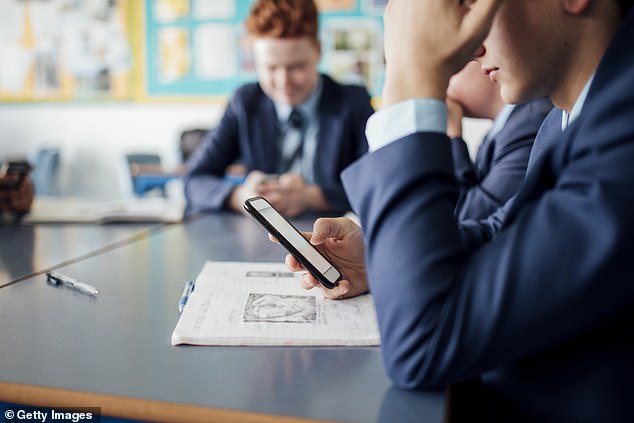 England has 163 highly sought after grammar schools, with no more legally allowed to open (stock photo)

Other factors such as the parent’s financial position and characteristics had a much bigger impact on the outcome of the child found researchers at The University of York.

The analysis of 1970’s Grammar school generation was conducted with students who took the exam in 1969 and fell either side of the 11 plus pass boundary – ensuring similar intelligence.

Those who narrowly failed to meet entry requirements for the selective schools were found to be no worse off through self-assessed questionnaires and their risk of developing health issues later in life.

The only advantage found by the research was the 25% higher chance of achieving A-levels and the 17% higher probability of getting a degree.

Grammar schools were only more likely to perpetuate existing inequalities in society than to bridge the gap found the study.

Researchers at The University of York will present their findings at the annual conference of The Royal Economic Society at Warwick University next week.

England has 163 highly sought after grammar schools, with no more legally allowed to open.

Last year the UK government announced they would be investing £50 million into increasing the number of grammar school places – to encourage a merit based education system.

Sixteen of the remaining grammar schools won funding to expand buildings and build new ones on the condition they would make it easier for poorer students to apply.

The paper concluded: ‘Since nowadays studying towards A-levels and a university degree is more common, the differences in educational outcomes by type of school observed in the older generation may not apply to the current young generations of 11-plus takers.

‘The study also finds that in the sample of individuals with similar cognitive ability, pupils whose fathers have higher socioeconomic status and whose mothers have greater interest in their education are still more likely to obtain a grammar school place. The conclusion is therefore that grammar schools are more likely to reproduce existing inequalities rather than providing effective means to compensate for initial differences.’