Grant Shapps was appointed Home Secretary yesterday despite backing Rishi Sunak for the Tory leadership and teaming up with arch-plotter Michael Gove to force the Prime Minister into a tax U-turn.

Only a fortnight ago Mr Shapps, who was Boris Johnson’s transport secretary, branded Liz Truss’s plans to scrap the 45p top rate of tax for high earners ‘tin-eared’.

Later that day the policy was ditched at the Tory party conference.

And on Monday, in a coded attack on the PM’s record in a newspaper article, he said Tory MPs were still ‘overwhelmingly predisposed to supporting a competent leader’.

That evening, speaking to a podcast recording with comedian Matt Forde, he said Miss Truss had a ‘Mount Everest to climb’ to remain in power, adding: ‘What she needs to do is like threading the eye of a needle with the lights off.’

Mr Shapps spent much of the Conservative Party conference gleefully showing colleagues his infamous spreadsheet, on which he was recording the views of Tory MPs about Miss Truss’s premiership. 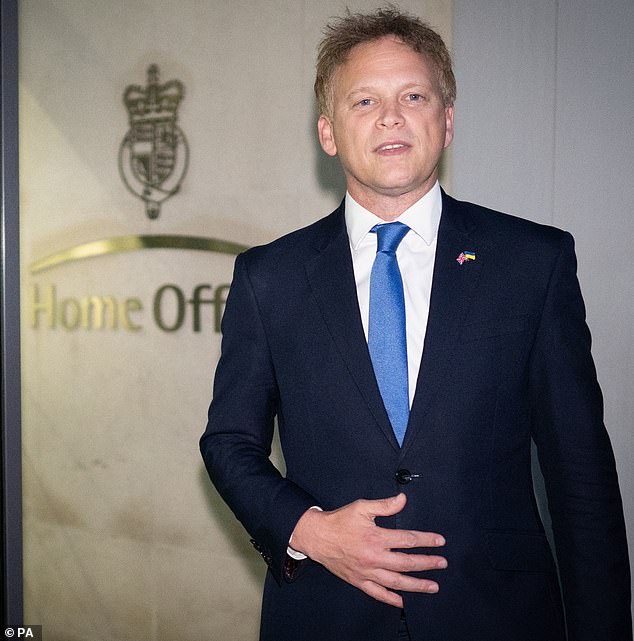 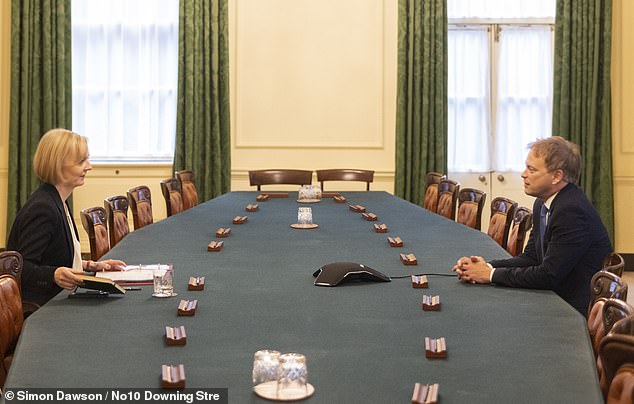 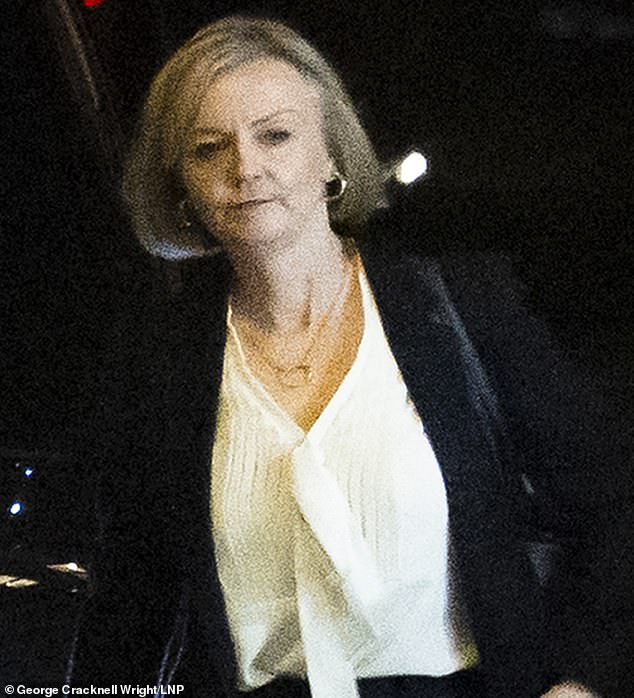 Brandishing it on his new Samsung Galaxy fold smartphone, he boasted that it held data on 237 recent exchanges with MPs on their doubts about the PM and her libertarian economic policies.

For these reasons, his appointment yesterday raised eyebrows among some in Miss Truss’s team who do not trust him.

It will be seen as a further attempt by the PM, after appointing Jeremy Hunt as Chancellor, to reach across the party after her decision to appoint only loyalists landed badly.

Miss Truss brutally sacked Mr Shapps last month, telling him there was ‘no room at the inn’ after stuffing her Cabinet with people who supported her leadership campaign.

Speaking outside the Home Office last night, Mr Shapps acknowledged that it had been a ‘turbulent time’ and a ‘very difficult period’ for the Government.

He failed to mention Miss Truss, instead singling out new Chancellor Jeremy Hunt for praise.

He said: ‘I accept that the Government has obviously had a very difficult period, as Jeremy said when he was appointed on Friday.

‘That nonetheless means it’s doubly important to ensure we’re doing absolutely everything in the basic areas, and I think Jeremy Hunt’s done a great job of settling the issues relating to [last month’s] mini-Budget.’

Mr Shapps, who led a rebellion against Theresa May before organising Mr Johnson’s leadership victory in 2019, is considered one of the Cabinet’s most competent media performers.

He is widely also considered to have been a good transport secretary under Mr Johnson.

During his more than three years in the post, he announced the biggest overhaul of the railways since privatisation three decades ago, took the fight to militant union barons with proposals for new anti-strike laws and paused the disastrous roll-out of controversial smart motorways.

Mr Shapps, the MP for the leafy Hertfordshire constituency of Welwyn Hatfield since 2005, served as international development secretary and housing secretary under David Cameron.

He has also been Tory party chairman and a minister without portfolio, meaning he has more than a decade of Cabinet experience.

Mr Shapps, who voted Remain in the 2016 EU referendum, launched his own bid for the leadership but pulled out after less than a week having struggled to find enough support among MPs. Like Mr Gove and Mr Hunt, he went on to back former Chancellor Mr Sunak.

He joined forces with Mr Gove on the eve of Tory party conference to attack the 45p top rate of tax policy, saying: ‘This politically tin-eared cut, not even a huge revenue raiser and hardly a priority on the prime ministerial to-do list.’

He has three children with his wife Belinda.

Bill Gates predictions: Billionaire correct with vision for future made in 1999