Home » World News » Great Bubbly From England, Believe It or Not

MARLOW, England — Even though Henry Laithwaite was born into a prominent family of English wine merchants, he never imagined he would be selling English wine.

His ambition was to make wine, which in the 1990s meant leaving England. By age 17, he was apprenticing in France, and soon was working two harvests a year, in France and in Australia.

He eventually married, bought a vineyard in Côtes de Castillon (a lesser Bordeaux region) and set about growing merlot and cabernet franc, and trying to sell the wine.

By 2009, however, Mr. Laithwaite and his wife, Kaye, were thinking about starting a family and about moving back to England. Right about this time, English sparkling wine was beginning to be noticed, so he tried a few bottles and found it better than he had imagined. Before long, the Laithwaites had returned home with visions of a vineyard. 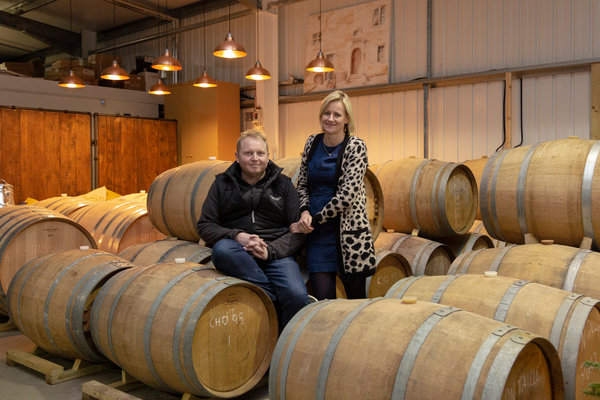 In early 2010, they found a parcel with chalk-and-gravel soil on a south-facing slope in Marlow, a London bedroom community in the Thames Valley, near where Mr. Laithwaite had grown up.

They snapped it up, and by May 2010, the Laithwaites had planted the first piece of what is now 16 acres of chardonnay, pinot noir and pinot meunier — the trio of grapes used for almost all Champagnes and English sparkling wines. In 2016, the Laithwaites released their first wine, a lovely 2013 sparkling rosé.

Their label is Harrow & Hope. The ground is so stony, Mr. Laithwaite said, that they kept breaking equipment on the rocks. “We harrow and hope for the best,” he said.

The notion of English sparkling wine surprises many Americans, who still hold the notion of Britain as a culinary wasteland, with lukewarm ale the only beverage.

Yet London for a generation has been one of the world’s most exciting restaurant cities. And England, now in its third decade as a sparkling wine producer, is demonstrating that its bubbly output can be superb.

This is not to say that England or anybody else is ready to knock Champagne off its effervescent throne. England offers a mere trickle compared with the volume and diversity of Champagne. And the English wines, though inspired by and modeled on Champagne, are different, befitting a terroir that — although it may share certain geological features with Champagne — has its own singular characteristics.

What marks these sparkling wines as distinctively English is both a spirited, glowing acidity and an orchard-fruit freshness. When all is kept in balance, the wines can be delightful. If the acidity dominates, the wines can be astringent and rustic in an unpleasant way.

In visits to 10 producers both new and old during a quick trip in late November to southern England’s wine country, I was struck by the high level of quality and consistency, much improved since my last trip in 2011. It was most noticeable in the best cuvées, especially from the more established producers like Nyetimber and Chapel Down, which both issued their first bottles in the late 1990s.

Nyetimber planted the first major vineyard in Sussex specifically for sparkling wine in 1988. Long-established producers here have had an opportunity to see which grapes work best where, and to fine-tune both their viticulture and their winemaking.

Nyetimber just released its first vintages of what it calls its prestige cuvée, a 2009 white and a 2010 rosé. They are named 1086 after the year the Nyetimber estate was cited in the Domesday Book, the survey of England ordered by William the Conqueror, and are priced well beyond other English wines, about $190 for the white and $220 for the rosé.

The 2009 was silky, creamy and fine, with great depth, length and restraint, while the 2010 Rosé, with aromas and flavors of red fruit and herbs, was long, deep and harmonious. I thought they were the best English sparkling wines I had ever tasted, but they were soon joined by others.

Wiston Estate, situated in an old turkey slaughterhouse on a huge Downton Abbey-like dominion in Sussex, is a more recent entry — its first vintage was 2008. But under the winemaker Dermot Sugrue, Wiston Estate is making a number of wonderful sparkling wines from chalk soils in Sussex, including a rich, voluminous, lingering 2011 blanc de blancs and a savory, fresh 2010 blanc de noirs.

“We don’t know how good English sparkling wine can be,” said Josh Donaghay-Spire, Chapel Down’s head winemaker. “If we’re not pushing, then what’s the point? This is the birth of a viticultural region, right now. The pace of change is so rapid because everything is new.”

Chapel Down, which makes crowd-pleasing nonvintage sparklers, has also demonstrated how expressive and beautiful its top wines can be. A 2013 Kit’s Coty Vineyard blanc de blancs, from chalk soils in the North Downs of Kent, was elegant and linear, with creamy mineral flavors.

The 2013 Coeur de Cuvée is a tiny selection from the Kit’s Coty Vineyard that, unlike the blanc de blancs, was entirely barrel-fermented with indigenous yeast. It was complex, pure, savory and superb.

Many English producers are making excellent, less-expensive sparklers as well. Coates & Seely, which does not yet export its wines to the United States, offers a superb nonvintage Brut Reserve. I was thrilled to find it in a restaurant in Basingstoke.

Hattingley Valley in Hampshire, which planted its first vineyard in 2008 but gets most of its grapes through contracts with growers, makes a set of sparklers under its winemaker, Emma Rice, that are noteworthy for their gentle elegance and refinement. Its Classic Reserve is a featured holiday wine across the United States at Whole Foods Market.

The early pioneers of English sparkling wine were bold, though idiosyncratic in the way of visionary entrepreneurs. Since then, aside from the lessons of experience, almost all of the newer winemakers have been trained professionals; this has helped to make the wines more consistent.

“The influx of capital and professional expertise has been a step up from untrained eccentrics,” said Simon Robinson, the proprietor of Hattingley Valley, who saw winemaking as a way of diversifying his family’s agricultural business.

The growth in English sparkling wine is apparent all over the south of England. From Kent in the east through East and West Sussex, Hampshire, Dorset and as far west as Cornwall, new vineyards for sparkling wine are being planted at a dizzying rate. Winemakers who once imagined they were bound for France or Australia are instead staying home in England to make sparkling wine.

Most of the new vineyards are far bigger than the Laithwaites’s and much better financed. Mark Driver was an investment manager and his wife, Sarah, a solicitor, when they caught the wine bug in the early 21st century. After tasting some English sparkling wines in 2009, they bought almost 600 acres in the South Downs of Sussex near Polegate, just three miles from the English Channel.

So far they have planted more than 200 acres on a south-facing chalk slope. Their first vintage of Rathfinny, a fine, austere 2014 blanc de blancs Brut, was just released this year.

Hambledon in Hampshire, which released its first sparkling wine in 2011, has about 60 acres of productive vines, with another 140 or so already planted. Chapel Down, England’s biggest wine producer, already has almost 400 acres of vineyards, with almost 300 more to be planted through 2020.

Gusbourne Estate, which makes excellent blanc de blancs among other sparkling wines in Kent, had about 49 acres when I first visited in 2011. Now it is farming almost 150 acres in Kent and another 75 in West Sussex.

Nobody would mistake an English vineyard for one in Champagne. Walking through Gusbourne’s Boot Hill Vineyard with the winemaker Charlie Holland on a blustery, misty fall day, I noted that the rows of vines were far wider than one would find in Champagne, and the vines trained higher on their trellises.

In order to achieve ripeness in the colder English climate, the vines need to be planted less densely than in France, Mr. Holland said, to minimize the competition. And the vines need to have a denser canopy of leaves to promote photosynthesis, so the rows have to be wider apart so the leaves in one row won’t shade the fruit in another.

Indeed, the Champagne region was once considered a marginal climate, on the blurry edge of the line at which grapes could reliably ripen. Thirty years ago, it was a struggle. Now, with climate change, the issue is whether Champagne is getting too warm.

The edge has now moved up to the south of England, where everybody agrees that the 2018 vintage was the biggest and best ever for sparkling wine.

“It was a fantastic, happy year for English wine,” said Tamara Roberts, chief executive of Ridgeview Estate in Sussex, a family operation that planted its first vines in the South Downs in 1995. It was so good that many estates spent the harvest scrambling for vats and tanks to hold the unexpected volume of wine.

Yet 2016 and ’17 were both lean harvests. Late spring frosts after early bud breaks kept yields low. Still, the years were not as bad as 2012, when the weather was so wretched virtually no wine was made at all.

“Yields are going to fluctuate,” said Mr. Sugrue of Wiston Estate, who also makes sparkling wine under his own label Sugrue “The Trouble With Dreams.” “It’s one of the challenges in England, and I don’t think it will ever change.”

Even so, the best English producers seem to have a ready market for their wine, whether it’s people looking for alternatives to Champagne or Prosecco, which is hugely popular in England, or those simply driven by curiosity.

For the Laithwaites of Harrow & Hope, whose do-it-yourself, small-production setup is as different from the big English names as Champagne’s grower-producers are from the big houses, selling their English wine has not been nearly as challenging as it was to sell Bordeaux.

“We’ve been surprised at how people have jumped on board,” Mr. Laithwaite said. “It’s easier to sell than 20-quid Côtes de Castillon.”

Among the Best English Producers

English sparkling wines are not yet widely distributed in the United States, but each year more are available and in greater numbers. Here are 10 to seek out, in alphabetical order. 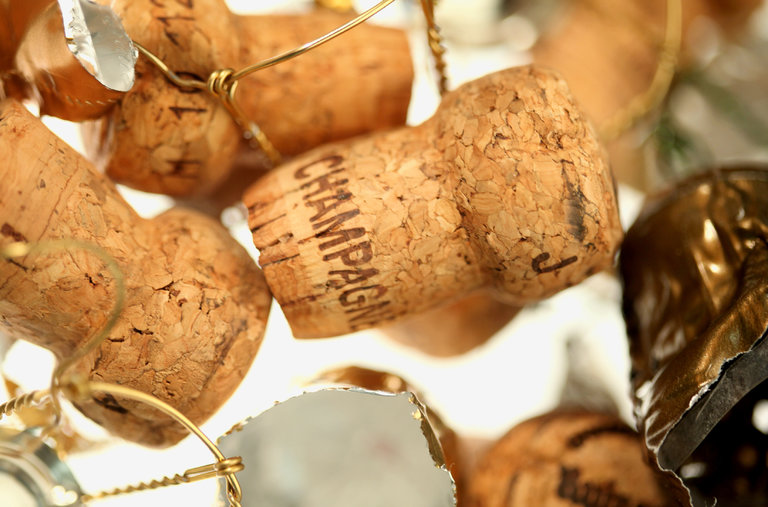 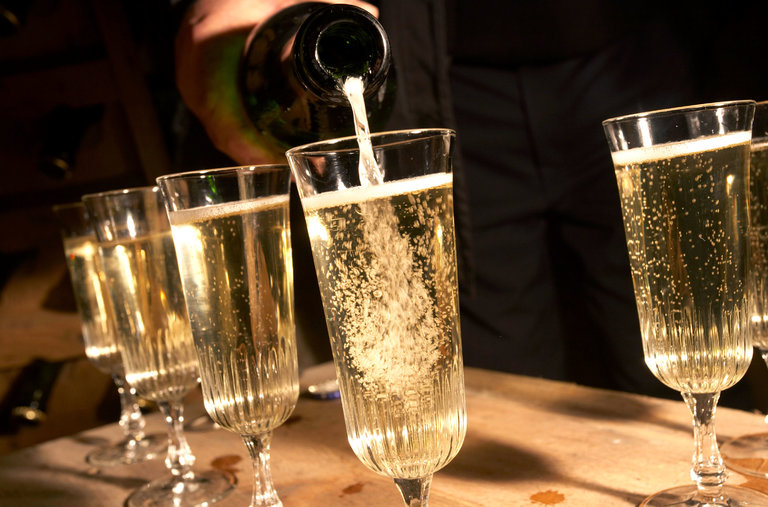