A defining quality of our Westminster parliamentary democracy is that cabinet ministers are held personally responsible for serious policy or performance failures in their portfolios. Across the decades, ministers have been kept on track by the knowledge that grave errors on their watch will result in their removal. This principle lies at the heart of accountable government.

In 2009, I had to lose Joel Fitzgibbon as defence minister after his office hosted a meeting between defence officials and his businessman brother. Nothing came of the meeting, but Joel acknowledged he had to go. 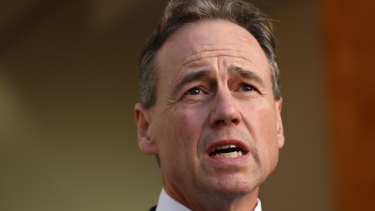 But this pales into insignificance with the rolling series of ministerial disasters we have witnessed under Scott Morrison, where the new rule has become one of bluffing and blustering through crises in the expectation that all will fade into political memory with no price ever being paid.

Around Morrison’s cabinet table sits: Michaelia Cash, who refused to fully cooperate with police investigating leaks from her office; Angus Taylor, who was caught trading in a falsified annual report; Bridget McKenzie, the architect of sports rorts; Alan Tudge, whose car park rorts put McKenzie to shame; Linda Reynolds, who mishandled an alleged rape in her office, then called the complainant a lying cow; Peter Dutton, another pork-barreller who wouldn’t let Border Force officials appear at the Ruby Princess inquiry; Christian Porter, who resisted an inquiry to establish that he was fit and proper for ministerial office; and the list goes on. They are now all part of political blur – in fact that’s Morrison’s strategy. But in the process he has effectively destroyed an essential Westminster convention.

Breakdowns of fundamental standards of governance don’t come much bigger than the Morrison government’s medley of pandemic policy and performance failures on aged care, quarantine and vaccination. For these reasons, Health Minister Greg Hunt should resign, or else Morrison should dismiss him now.

In February last year, Hunt’s department volunteered to take control of residential aged care nationwide and this was codified in his department’s pandemic manual. However, aged care has borne the brunt of coronavirus deaths on Hunt’s watch. 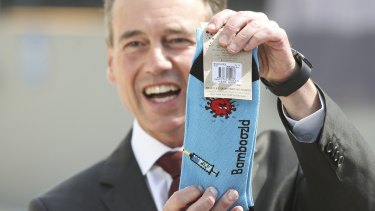 Time for Greg Hunt to walk.Credit:SMH

Hunt’s greatest failure, however, has been on vaccination. At virtually every stage, bad decisions have sabotaged the rollout of safe, effective vaccines for the Australian people. As other countries rushed to sign vaccine contracts last year, Hunt’s department became notorious for not returning calls. An early overture from Pfizer, which was searching for partners to demonstrate the large-scale effectiveness of its vaccine, resulted in prolonged haggling between the company and Hunt’s officials — his department says no detailed offer for a nationwide rollout was put on the table. Scientists’ calls to bring online domestic manufacturing of mRNA vaccines were ignored.

By moving quickly, various European governments banked on an array of vaccines including Johnson & Johnson and GlaxoSmithKline and are now returning to a kind of normality. But not Australia. Hunt foolishly bet the house on a single “workhorse” vaccine, AstraZeneca, which could be manufactured cheaply in Melbourne.

Australia was not “well prepared” for the vaccination phase as Hunt arrogantly claimed. Nor were we at the “front of the queue” for the Pfizer mRNA vaccination. When the opposition warned the government to sign more contracts, Hunt lashed out at the comments as “weird and irresponsible” and claimed Labor had “no idea what you are talking about”.

Australia was slow to start vaccinating, guided by the fiction that we were “not in a race” and could safely hang back. Hunt dismissed calls for federal mass-vaccination centres, instead urging all eligible patients to start booking in with their GPs. This swamped clinics, which had to turn patients away because many doctors weren’t told how many doses to expect.

As the rollout creaked along, Hunt shifted blame onto the states. In March, his minions planted a dodgy story in the Murdoch press insisting supply limitations had been resolved and accusing the states of hoarding vaccines. NSW’s Health Minister Brad Hazzard hit the roof.

Hunt’s vaccine targets were clear: 4 million jabs by April; the nation “fully vaccinated” by October; and “widespread international travel” by the New Year. Those targets have all now slipped from view.

It isn’t Hunt’s fault that AstraZeneca proved too dangerous for younger people, but it was his responsibility to invest in a broader portfolio of vaccines. British citizens will start receiving their third “booster” jabs in September, while many Australians are left waiting for their first.

These policy failures have been compounded by communications failures. Where is the Australian advertising campaign to rival those fronted by Dolly Parton, Michael Caine and Elton John? Hunt personally poured fuel on the fire of hesitancy in May by suggesting older Australians could all receive mRNA vaccines later in the year. Having failed to ease fears about the safety and effectiveness of the AstraZeneca jab, Hunt hopes to boost the vaccination rate by pushing it among younger people.

Other failures include Hunt’s COVIDSafe app and the government’s failure to secure surplus mRNA vaccines from the United States, as Canada and South Korea did last month.

Over many months, Morrison and Hunt have unveiled a series of new “plans” to reset the rollout, each of which promised much but delivered little. Last Friday’s announcement by Morrison — a “four-phase plan” with hazy targets and no timeline — is part of the same. If you remove the wrapping paper it’s just another political mirage designed to project an image of competence after yet another week of chaos. But little actually changes.

For all these reasons, Hunt has failed as Health Minister. He must go.

What are the realistic chances of Morrison sacking Hunt? Unlikely, judging how Morrison has made a mockery of ministerial accountability throughout his term. Aside from the countless ministers who should already have been sacked, Morrison has failed to deliver a national integrity commission; he has attempted to de-fund the Auditor-General and the ABC; and he has deployed a politicised public service to cover up his government’s misdeeds.

After this pandemic, there will no doubt be numerous inquiries into what transpired at various stages of the crisis. I wholly expect Hunt to throw Brendan Murphy under the proverbial bus, given how Liberals have already started briefing against him to journalists. But the buck doesn’t stop with officials; it stops with ministers.

Kevin Rudd, who has received one AstraZeneca jab, is a former Labor prime minister.

Liam Mannix’s Examine newsletter explains and analyses science with a rigorous focus on the evidence. Sign up to get it each week.