A fuming taxi driver has slammed Grinch council killjoys after they banned him from wearing a Santa beard over health and safety fears.

Brian Makwana, who celebrates his 38th birthday on Christmas Day, dressed as Santa Claus to spread festive cheer for his customers.

To complete the look, the dad-of-three donned a white beard but now town hall Scrooges have ordered him to remove it ‘for the safety of the public’.

The bizarre ruling came after one passenger complained to the council saying they were unable to identify Brian because the beard covered his features. 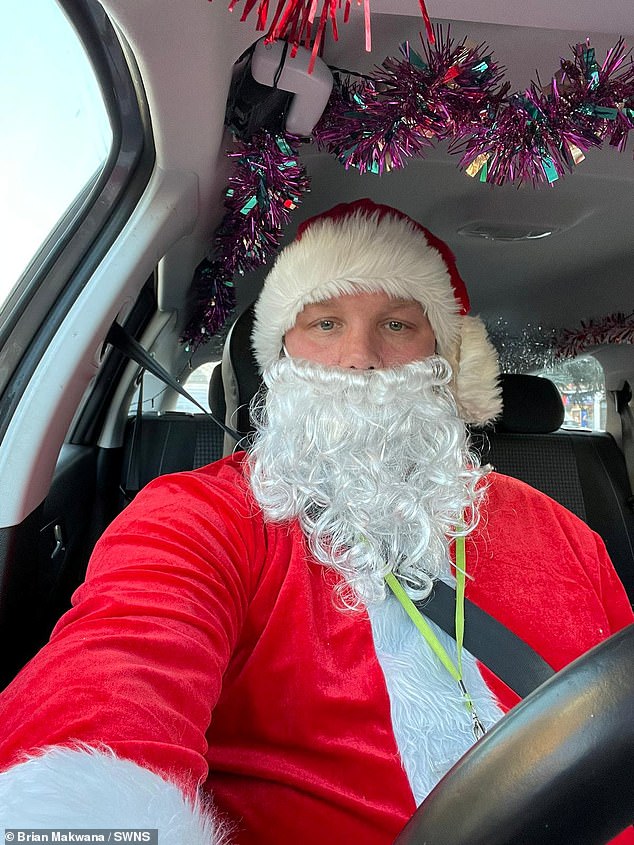 Taxi driver, Brian Makwana (pictured), 37, was banned from dressing as Santa Claus when he attempted to spread festive cheer to his customers

Brian, who works for CB Taxis in Grantham, Lincolnshire, was told the rules stated his face must match his official ID badge.

Despite wearing a face mask to work for two years during the Covid pandemic, South Kesteven District Council banned his festive beard.

Brian now says he will be forced to scrap his ‘Santa Taxi’ which he had planned to drive around town until the New Year.

He said: ‘Without the full costume it just doesn’t have the same effect.

‘I get waves from members of the public on the street and in cars, both young and old. 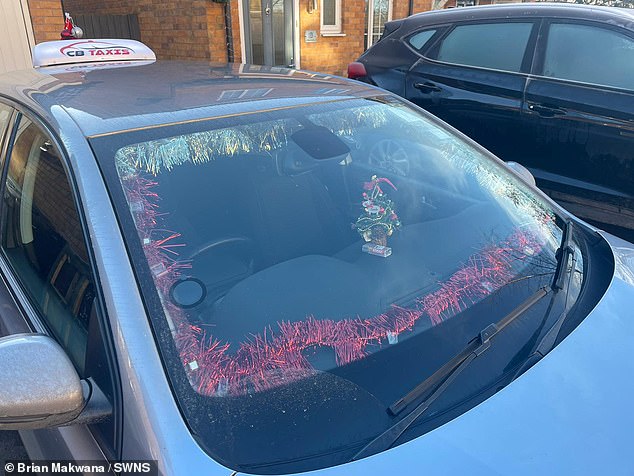 ‘But since I’m not wearing my beard, I get nothing as they just think it’s a person wearing a Santa hat.

‘After all it was council and government advice about wearing a mask and this was deemed acceptable so what is the difference, as you can see my eyes and the side of my face?’

The taxi driver also said that the size of his photo on his badge is only visible if a customer were to lean in closely or request to see it, which he claims ‘has never happened.’

In a bid to get round the beard ban, Brian coloured his normal beard with white hair spray, but it ‘flakes badly and doesn’t last very long’.

Despite running into the ‘elf and safety’ killjoys, Brian says he’s ‘determined to continue to put a smile on people’s faces’. 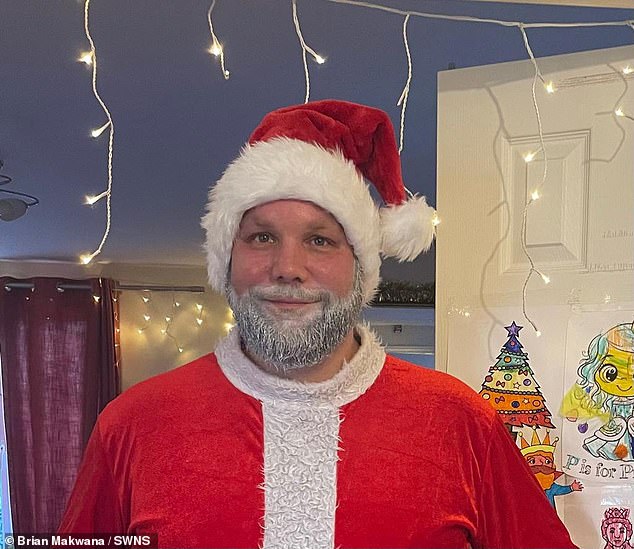 In a bid to get round the beard ban, Brian coloured his normal beard with white hair spray

He said: ‘It makes me feel that some people need more Christmas cheer to help them because they are feeling so bad or low to have to complain about something like this.’

Brian received an email from the South Kesteven District Council licensing team after they had received one complaint.

The council said it is not their ‘intention to spoil the festivities’ but the ‘safety of the public must always be the key priority’.

A spokesperson said: ‘The photo on a driver’s identification badge gives passengers reassurance, if needed.

‘Therefore, we ask that any item of clothing that makes it difficult to identify a driver, must not be worn.’

Toddler dies after being struck by 4in hailstone during freak storm