Home » World News » Guns, terrorists and a rural idyll: What you need to know about our neo-Nazi infiltration

For months, The Age, The Sydney Morning Herald and 60 Minutes had an infiltrator inside Australia’s largest neo-Nazi group, the National Socialist Network, filming and recording. This is what he found. 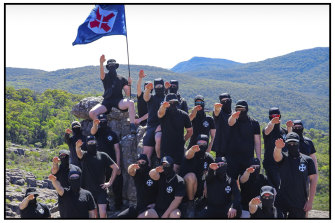 Image from the National Socialist Network from the Grampians camping trip.Credit:

Elephant faces being shot for being ‘nuisance’ in South Africa