A TIKTOK user has gone viral for showing his followers how to get free refills on orders at McDonald's, such as fries and chicken nuggets.

In several videos, two friends are seen asking workers at McDonald's for refills on their food – and actually getting them. 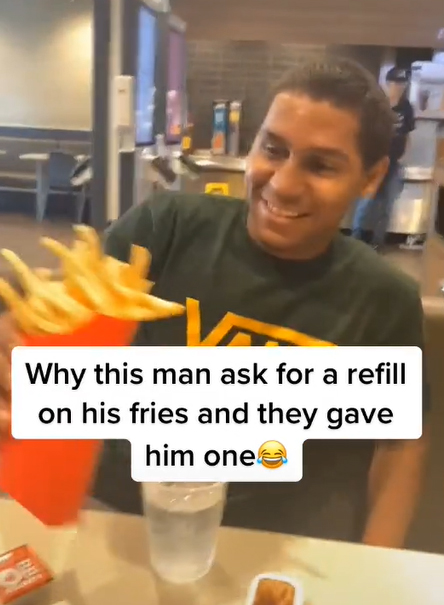 Orlando Johnson, whose TikTok username is @itsosoprodigy, filmed several videos showing him and a friend getting refills on their food that were apparently free.

"Bro this is goofy. This man really just walked up there and said, 'Can I get a refill of the fries?'" Johnson said in a video showing his friend smiling with an overflowing basket of fries.

In a second video, Johnson asked if he could get a refill on his chicken nuggets and appeared to be turned down.

"So they didn't give me the free nugget refill, but I got two free Happy Meals. Let's go," Johnson says, smiling in the video.

"Actually I lied. There are nuggets in a Happy Meal," he said in a later clip.

People in the comments of the videos debated whether the refills were actually part of McDonald's company policy.

"I tried this once and the manager told me to leave the store," one user said.

"Bro if their manager isn't there the kids working always don't give af," another said.

"Turns out they have to do this. If you read the fine print, a large fries gets unlimited refills," another claimed.

The Sun reached out to McDonald's to confirm whether they have a policy about refills and have not yet heard back.

Johnson could be seen in later videos pulling similar stunts at other fast-food chains, like Wendy's and Raising Cane's. 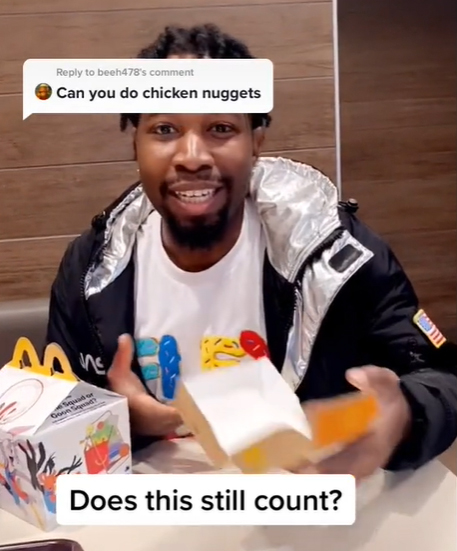 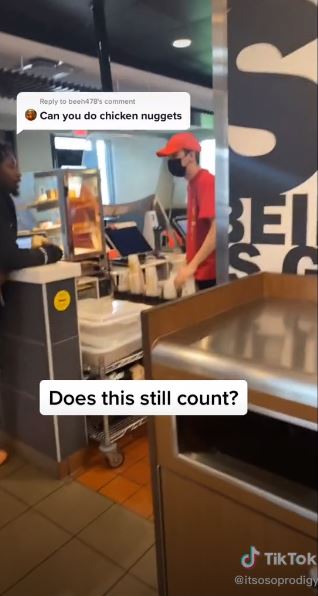