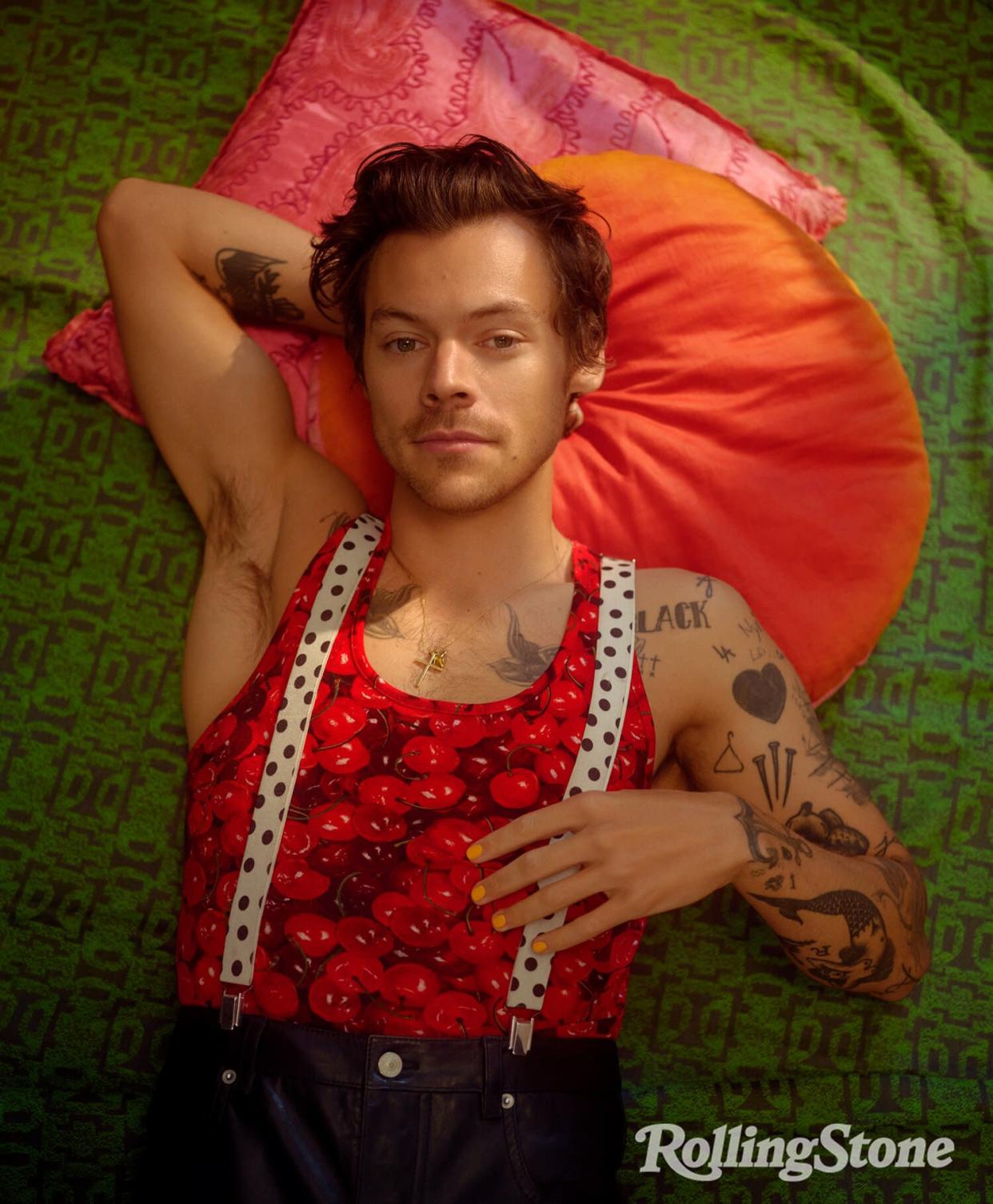 Harry Styles is opening up about his desire for a private life.

In a new global cover story interview with Rolling Stone, the former One Direction member spoke in-depth about his choice to protect romantic relationships from his intense fans and why he’s long decided to keep his sexuality to himself.

“I’ve never talked about my life away from work publicly and found that it’s benefited me positively,” Styles, 28, told the outlet, knowing fans and other spectators are going to discuss his life no matter what he says. “There’s always going to be a version of a narrative, and I think I just decided I wasn’t going to spend the time trying to correct it or redirect it in some way.”

In order to maintain a balance between his very public life as an arena-touring rockstar and private moments away from crowds, Styles said the first thing he does after performing a concert is take a shower. “It’s really unnatural to stand in front of that many people and have that experience,” explained the “As It Was” performer. “Washing it off, you’re just a naked person, in your most vulnerable, human form. Just like a naked baby, basically.” 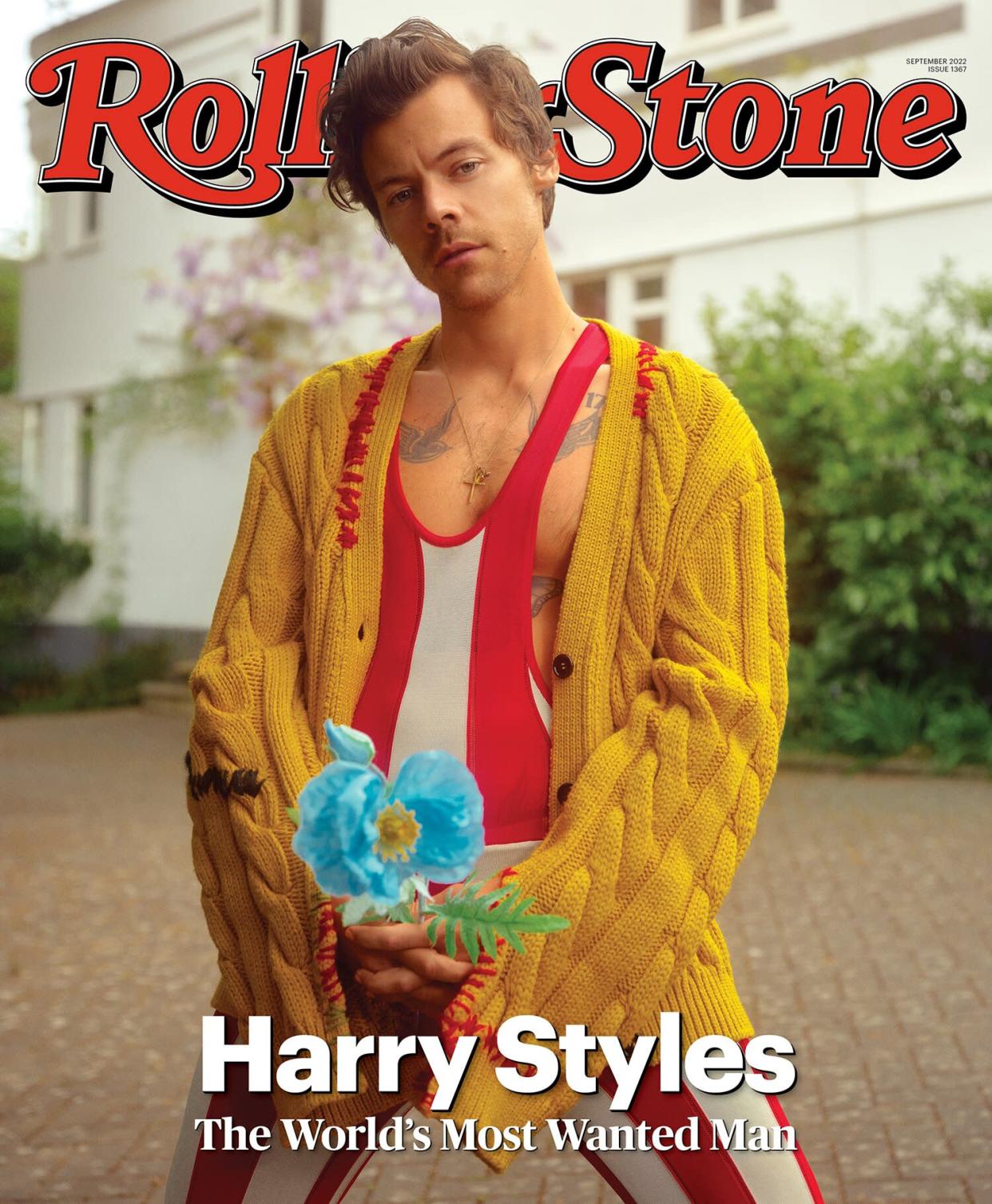 RELATED: Texas State University to Offer a Class on ‘Harry Styles and the Cult of Celebrity’ in Spring 2023

Additionally, Styles revealed he’s been going to therapy more often over the past couple of years. “I committed to doing it once a week,” he said. “I felt like I exercise every day and take care of my body, so why wouldn’t I do that with my mind?”

He continued, “So many of your emotions are so foreign before you start analyzing them properly. I like to really lean into [an emotion] and look at it in the face. Not like, ‘I don’t want to feel like this,’ but more like, ‘What is it that makes me feel this way?'”

Through focusing on himself, Styles has learned more about his public and private personalities. “When I’m working, I work really hard, and I think I’m really professional,” he told Rolling Stone. “Then when I’m not, I’m not. I’d like to think I’m open, and probably quite stubborn, too, and willing to be vulnerable. I can be selfish sometimes, but I’d like to think that I’m a caring person.” 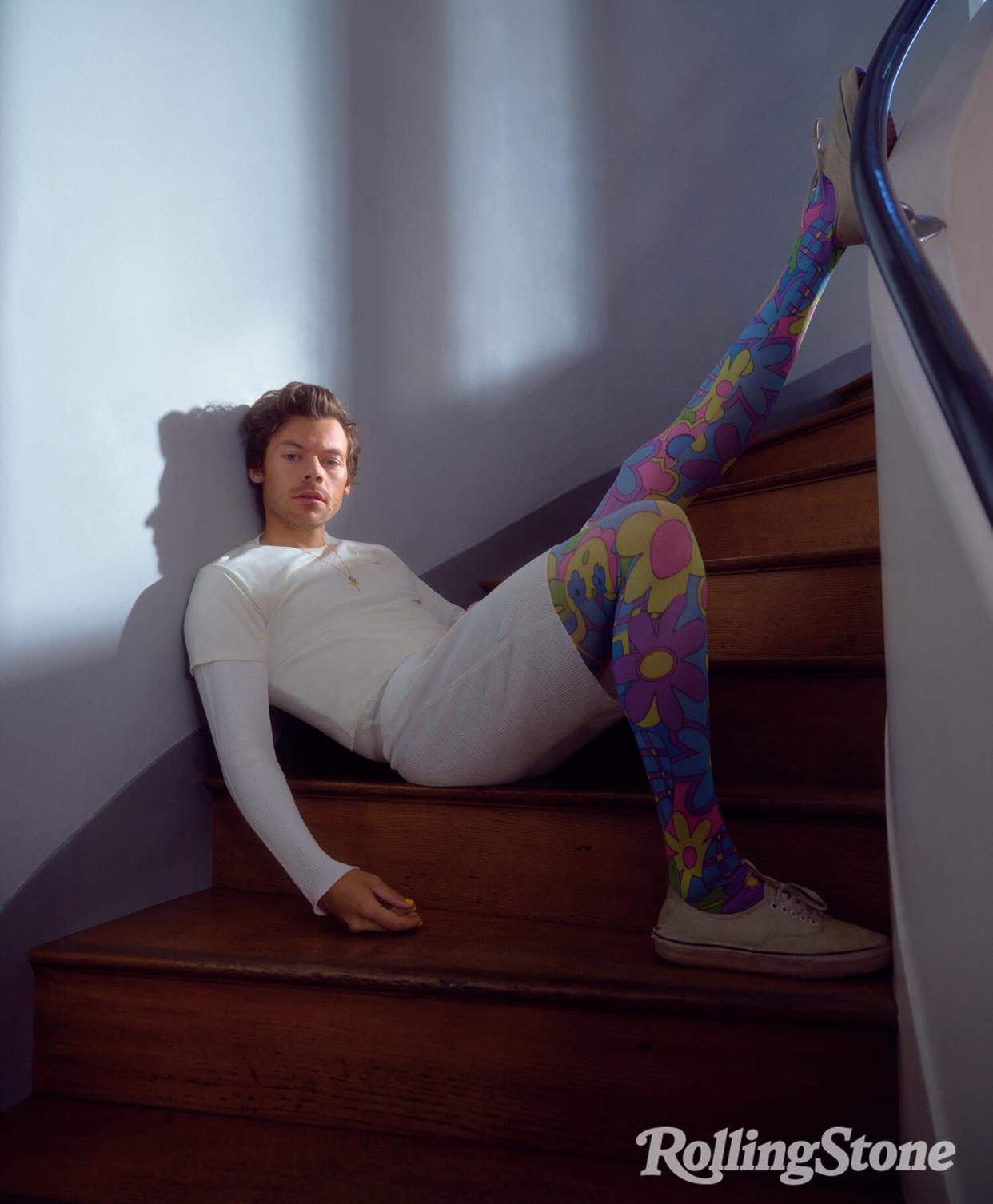 Continuing on the aspects of life he prefers to keep on the down-low, Styles spoke about fan speculation toward his sexuality. While he’s currently in a relationship with Olivia Wilde, the “Watermelon Sugar” musician doesn’t think his seemingly public romances should define him, as he’s the only one who knows what goes on behind closed doors.

“Sometimes people say, ‘You’ve only publicly been with women,’ and I don’t think I’ve publicly been with anyone,” said Styles. “If someone takes a picture of you with someone, it doesn’t mean you’re choosing to have a public relationship or something.”

Speaking about his role as a closeted, gay police officer in the upcoming film My Policeman later in the interview, he added on the topic, “I think everyone, including myself, has your own journey with figuring out sexuality and getting more comfortable with it.” 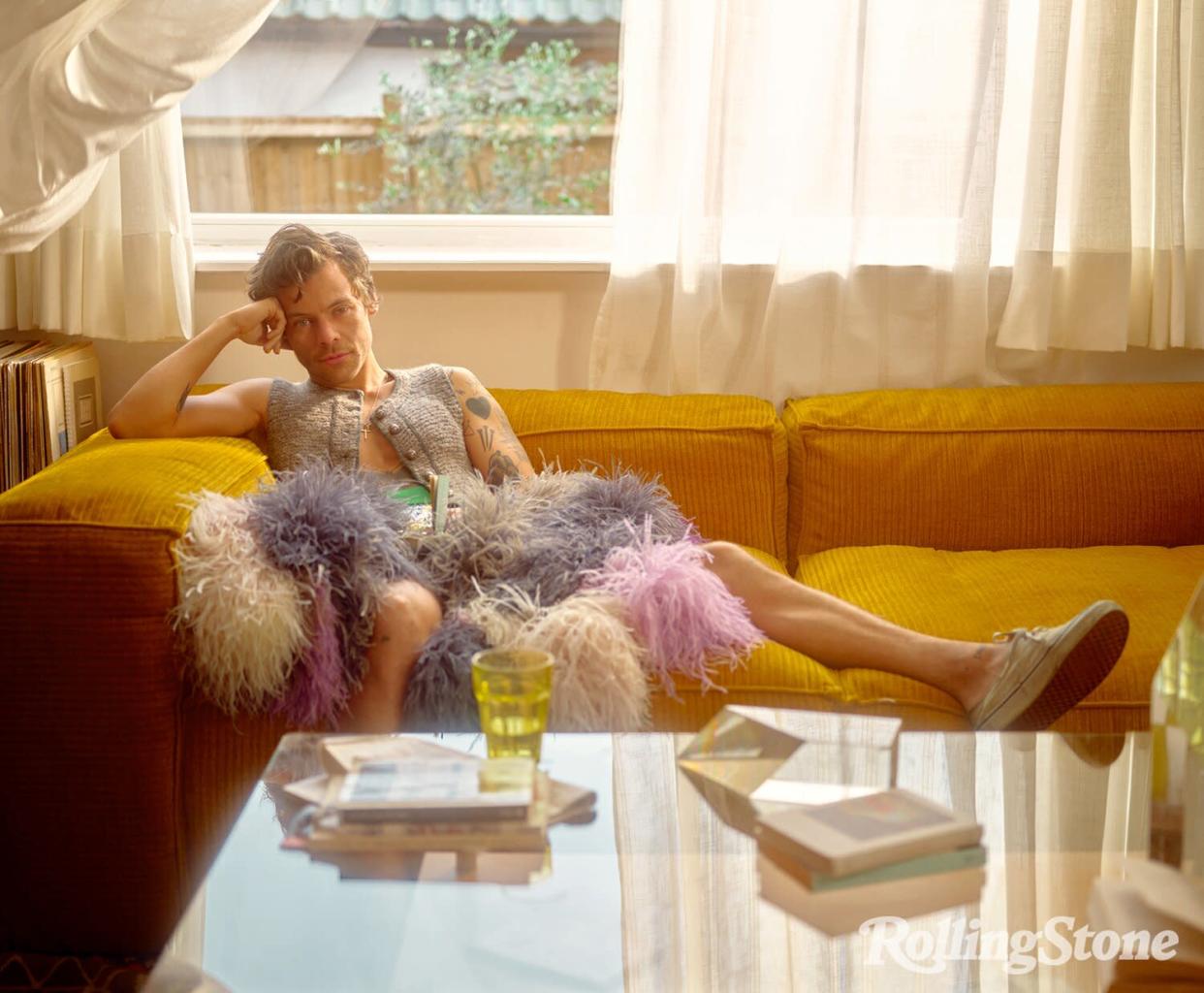 The fact that he’s dating a fellow high-profile public figure, however, has garnered fan commentary on social media — with many Styles obsessives sending hate towards Wilde, 38. “That obviously doesn’t make me feel good,” he said generally of fans’ toxic treatment of those close to him, noting that despite setting boundaries for himself, sometimes “other people blue the lines for you.”

Styles said at the beginning of his relationships, there’s an uncomfortable, yet necessary conversation that must be had with his romantic partners. “Can you imagine going on a second date with someone and being like, ‘OK, there’s this corner of the [fanbase], and they’re going to say this, and it’s going to be really crazy, and they’re going to be really mean, and it’s not real,'” he detailed. “‘But anyway, what do you want to eat?'”

He then spoke more in-depth about the overwhelming attention romantic partners such as Wilde receive upon dating Styles. “It’s obviously a difficult feeling to feel like being close to me means you’re at the ransom of a corner of Twitter or something,” he said. “I just wanted to sing. I didn’t want to get into it if I was going to hurt people like that.” 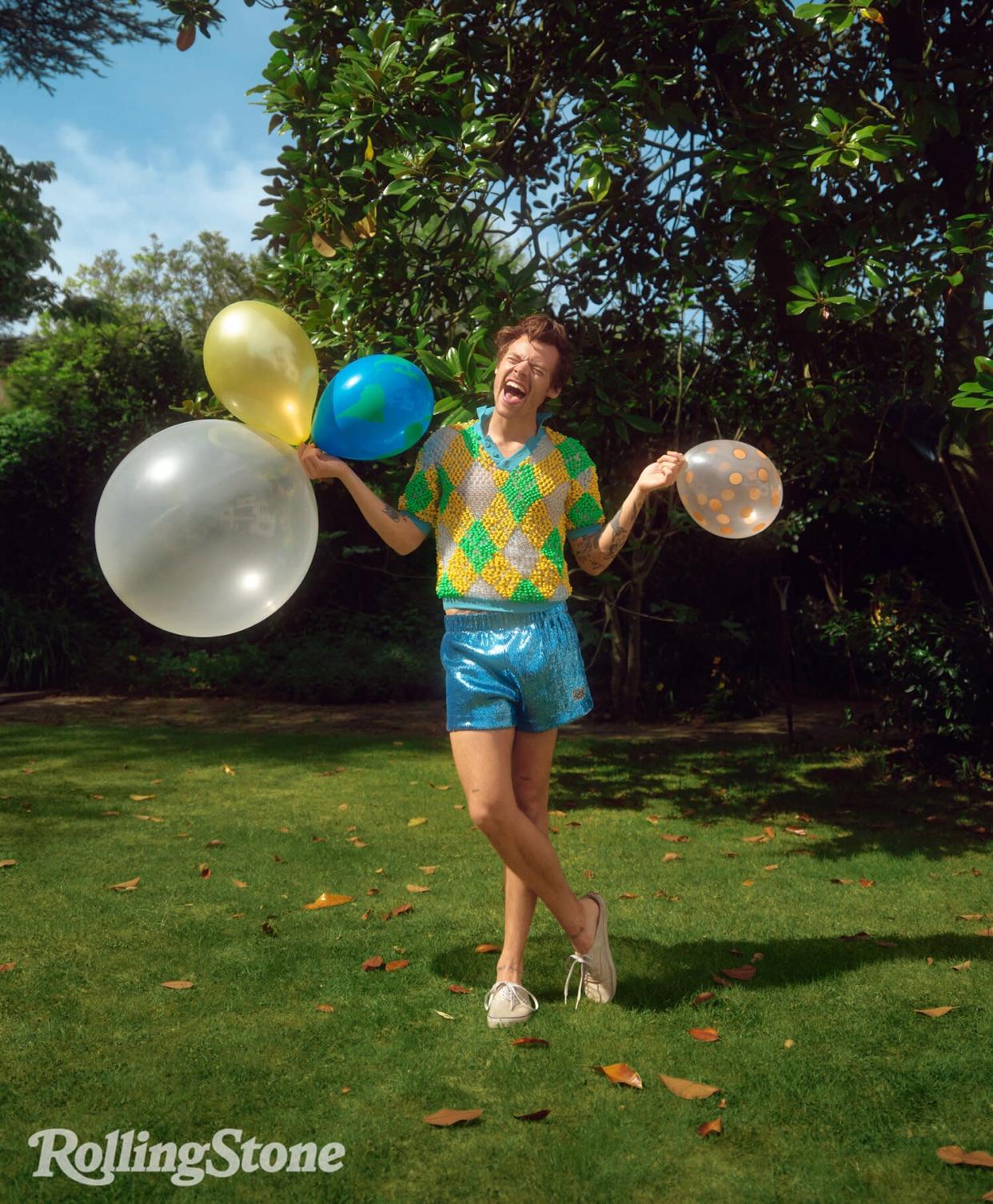 Wilde, on the other hand, spoke to Rolling Stone about Styles’ fans — whom she called “deeply loving people” — with a far more purely positive tone despite the negativity she’s faced.

“What I don’t understand about the cruelty you’re referencing is that that kind of toxic negativity is the antithesis of Harry, and everything he puts out there,” said the Don’t Worry Darling director. “I don’t personally believe the hateful energy defines his fan base at all. The majority of them are true champions of kindness.”

Elsewhere in the interview, Styles — whose ongoing Love On Tour began in September 2021 and will continue through March 2023 — revealed he’ll likely take a break from touring sometime in the future. But he’ll continue working on new songs.

“I’m always writing,” he told the outlet, revealing he’s already cooking up new ideas with collaborators. “I think all of us are so excited to get back to it, which feels insane because we’ve just put an album out.”