The Duke of Sussex has won a bid to bring a High Court claim against the Home Office over his security arrangements while in the UK.

Prince Harry is taking legal action over a decision not to allow him to pay for police protection for himself and his family when visiting from north America.

In the first stage of the case earlier this month, the duke’s lawyers asked Mr Justice Swift to grant permission for a full hearing to have a judge review the Home Office’s decision.

In a judgment on Friday, the High Court judge said the case could proceed, granting permission for part of Harry’s claim to have a judicial review.

Mr Justice Swift said: ‘The application for permission to apply for judicial review is allowed in part and refused in part.’ 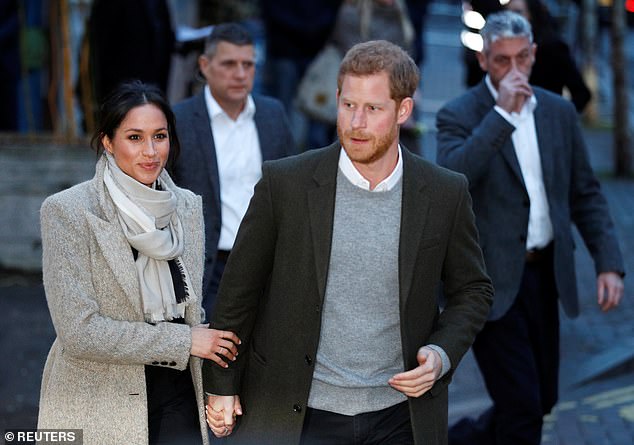 The Duke of Sussex has won a bid to bring part of his High Court claim against the Home Office over his security arrangements while in the UK. Prince Harry is taking legal action over a decision not to allow him to pay for police protection for himself and his family when visiting from north America. Above: Prince Harry and Meghan Markle are pictured together in Brixton, south London in 2018

The duke’s challenge concerns the February 2020 decision of the Executive Committee for the Protection of Royalty and Public Figures (Ravec) over his security, after being told he would no longer be given the ‘same degree’ of personal protective security when visiting.

Harry’s legal team are seeking to argue that the security arrangements set out in a letter from Ravec, and their application when he visited the UK in June 2021, were invalid due to ‘procedural unfairness’ because he was not given an opportunity to make ‘informed representations beforehand’.

Shaeed Fatima QC, for the duke, told the court earlier this month: ‘He didn’t know at that stage that the Royal Household was involved at all … he was told it was an independent decision.’

However, lawyers for the Home Office say Ravec was entitled to reach the decision it did, which is that Harry’s security arrangements will be considered on a ‘case by case’ basis, and argue that permission for a full judicial review should be refused.

In a public judgment on Friday, Mr Justice Swift said the duke had brought the claim for judicial review on five grounds, four of which were ‘arguable’ and were granted permission, with some parts of the grounds removed. 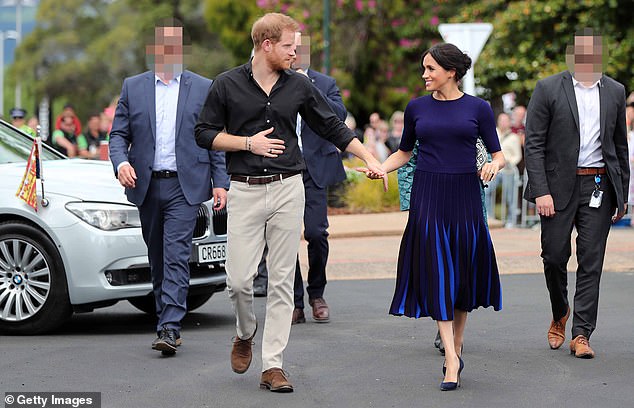 In the first stage of the case earlier this month, the duke’s lawyers asked Mr Justice Swift to grant permission for a full hearing to have a judge review the Home Office’s decision. Above: Prince Harry and Meghan Markle in Rotorua, New Zealand, in 2018

This means there will be a full High Court hearing to review the duke’s claim.

Harry was granted permission on the arguments including that Ravec’s decisions were legally unreasonable, and that the duke should have been told about Ravec’s policy before its decision in February 2020.

Mr Justice Swift ruled that it can be argued the Duke of Sussex should have ‘had the opportunity to make representations to Ravec’ which was a point in one of the duke’s grounds.

He wrote in his judgment that within this ground, ‘the only arguable matter that arises is whether the claimant should have had the opportunity to make representations direct to Ravec, including the opportunity to comment on other matters Ravec considered’.

The judge added that the Home Office is ‘yet to have the chance to address in evidence’ the process by which Ravec took its decision and this ‘should be considered at a final hearing’.

However, the judge denied permission for other parts of Harry’s claim, including that he should have been told who the members of Ravec were and that he did not have the chance to discuss the ‘appropriateness’ of some people being involved in the committee.

Mr Justice Swift said: ‘In the course of submissions, it became apparent that, while the claimant may have had disagreements with persons who were Ravec committee members, there was no evidence at all to support a claim that any committee member had approached decisions with a closed mind… Ultimately it was accepted for the claimant that no such case was, or could be, advanced.’

The duke’s lawyers had also argued that Ravec’s policy was applied in an ‘overly rigid and inflexible manner’, but the judge said this part of the claim could also not go ahead.

Mr Justice Swift added: ‘As all who are familiar with judicial review claims will know, a conclusion at the permission stage that a case is arguable is some distance from a conclusion that that the case will succeed at final hearing.’

What is Harry’s concern with UK security and why is he taking legal action?

Are Harry and his family covered by security arrangements currently?

He and his wife, the Duchess of Sussex, personally fund a private protection team in the US for their family.

The Sussexes have signed multimillion-pound deals with Netflix and Spotify, with Harry telling Oprah Winfrey he secured these to pay for his security.

But he and Meghan lost their taxpayer-funded police protection in the UK in the aftermath of quitting as senior working royals.

Why did they lose their taxpayer-funded security?

Their security provision was one of the key issues when the couple announced they wanted to step down in 2020.

Speaking to Winfrey during the couple’s sit-down interview in 2021, Harry said he was told that ‘due to our change of status – we would no longer be ‘official’ members of the royal family’.

He said he had been shocked by this and ‘pushed back’ on the issue, arguing that there had been no change of threat or risk to the couple.

Meghan, during the same interview, told how she had written to her husband’s family urging them not to ‘pull his security’, but had been told ‘it’s just not possible’.

At the time of announcing their stepping back from royal life in 2020, their website suggested the Home Office, through the Metropolitan Police, should continue to provide protection for the couple and Archie, their only child at the time.

Have they offered to pay for police protection in the UK themselves?

Yes. Harry wants to fund the security himself, rather than ask taxpayers to foot the bill, his legal representative said.

He first offered to personally pay for police protection in the UK for himself and his family during the so-called Sandringham summit in January 2020, but the legal representative said that offer ‘was dismissed’.

The representative added that Harry ‘remains willing to cover the cost of security, as not to impose on the British taxpayer’.

Can they use the same security team they have while in the US?

Harry’s legal representative said that while the couple personally fund a private security team for their family, ‘that security cannot replicate the necessary police protection needed whilst in the UK’.

His argument is that the US team does not have adequate jurisdiction abroad or access to UK intelligence information which is needed to keep the Sussex family safe.

So what is Harry doing about the issue of his UK security now?

In September 2021, he filed a claim for a judicial review against the Home Office decision not to allow him to personally pay for police protection for himself and his family while in the UK.

His legal team said this course of action was taken ‘after another attempt at negotiations was also rejected’.

They said the judicial review bid is an attempt to ‘challenge the decision-making behind the security procedures, in the hopes that this could be re-evaluated for the obvious and necessary protection required’.

What threats do the couple see themselves as facing in the UK?

In a statement, the legal representative said: ‘He remains sixth in line to the throne, served two tours of combat duty in Afghanistan, and in recent years his family has been subjected to well-documented neo-Nazi and extremist threats. While his role within the Institution has changed, his profile as a member of the Royal Family has not. Nor has the threat to him and his family.’

Has the Home Office said anything about the bid for judicial review?

A Government spokesperson said: ‘The UK Government’s protective security system is rigorous and proportionate. It is our long-standing policy not to provide detailed information on those arrangements. To do so could compromise their integrity and affect individuals’ security.

‘It would also not be appropriate to comment on the detail of any legal proceedings.’

Will the couple return to the UK if the issue is not resolved in the way they would like?

A spokesperson for the duke has said that, in the absence of what they consider to be the necessary protection, ‘Prince Harry and his family are unable to return to his home’.

They insisted the UK ‘will always be Prince Harry’s home’, adding that it is ‘a country he wants his wife and children to be safe in’.

But they added: ‘With the lack of police protection, comes too great a personal risk.’

What we know about COVID-19 reinfection from other diseases