Home » World News » Has Britain got ANY chance of vaccinating 13m by mid-February?

Supermarkets, high-street pharmacies and breweries have all offered to help deliver Britain’s great coronavirus vaccine drive after the Government pinned all of its hopes on jabs rescuing the country from its third lockdown.

Three Morrisons car parks will be converted into drive-through Covid vaccination hubs from Monday, with another 47 on standby if ministers need them, according to the supermarket chain’s chief executive.

Boots is turning three of its pharmacies into vaccine sites in Halifax, Huddersfield and Gloucester from next week, and Tesco has offered up its warehouses and lorries to help move doses quickly around the country. Craft brewer BrewDog has also claimed it is in talks with ministers about turning its closed bars into temporary immunisation centres.

Number 10 has pledged to vaccinate around 13million of the most vulnerable Brits — which would include care homes residents and staff, NHS workers and almost everybody aged 70 and older — by mid-February, with the hope of ditching the most draconian curbs by March. The mammoth target would require vaccinating about two million people a week.

But there are serious doubts about whether the target is achievable, given that only one million people have been vaccinated since the scheme launched a month ago and the NHS will need to juggle running the biggest immunisation programme in British history with battling the greatest crisis it has ever faced as Covid patients continue to pour into hospitals. Record numbers of staff absences and stringent infection control measures are also making the jobs of frontline health workers more difficult.

The NHS has refused to commit to the two million target because of potential vaccine supply shortages, staffing concerns and other logistical hurdles. There is also a suggestion that health bosses want to distance themselves from the Government’s arbitrary targets, given that it has failed to hit numerous goals throughout the pandemic, including ramping up daily swabbing capacity and expanding NHS Test and Trace.

If it wants to deliver on the 13million promise, the NHS will need to move four times quicker than its winter flu jab programme. Figures show only 11.68million people eligible for a free flu jab from their GP in England got one last winter, at a rate of 470,000 per week. For comparison, the speed of the entire UK’s current Covid inoculation drive — which relied on just one vaccine until yesterday — stands at 330,000 per week.

In order to vaccinate all 13million Britons in the four most at-risk categories by mid-February, the NHS operation must speed up six-fold to 2million a week. Only 1million doses have been dished out so far, which means roughly 12million still need to get their vaccine in the 41 days between now and February 15.

That is the equivalent of around 290,000 a day. It is crucial people are vaccinated 12 days before measures are relaxed because the vaccines take 12 days to start working. Department of Health statistics dated up until December 27 show 944,539 doses were dished out in the 20 days of it being operational — at a speed of around 47,000 a day.

Top experts told MailOnline there was ‘no evidence’ to suggest the Government was capable of delivering the two million doses per week and suggested the Government was dangling the carrot of vaccines to soften the blow of the newest lockdown, while MPs said the goal was ‘dubious’. 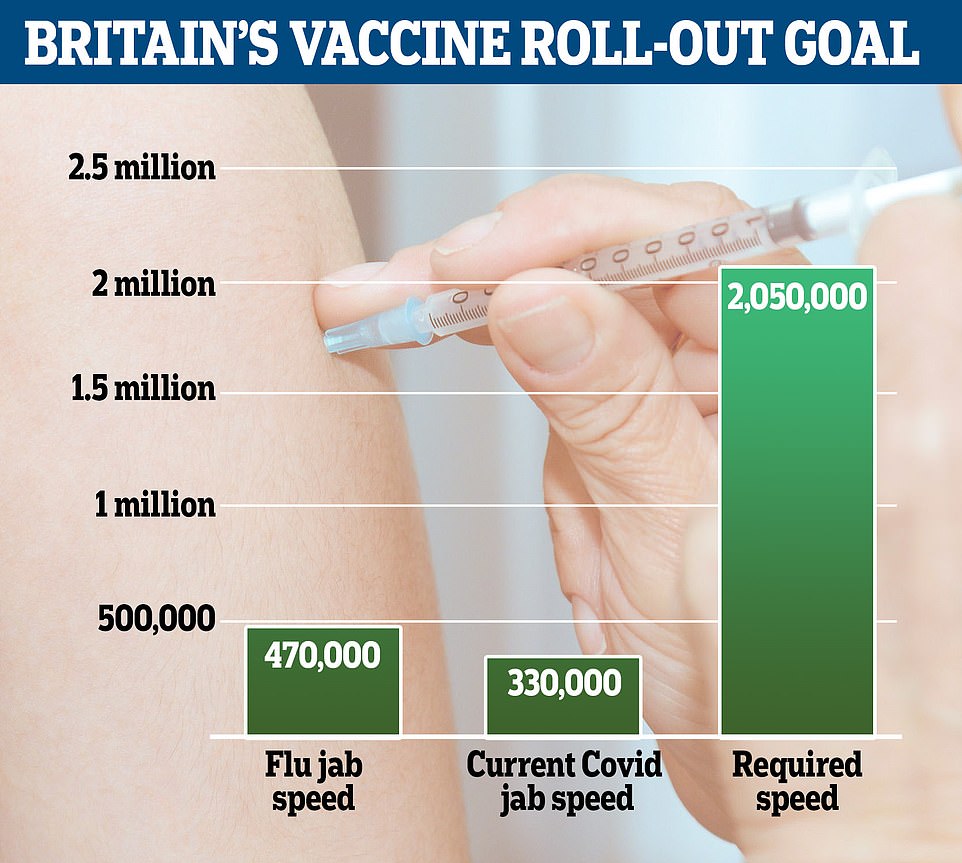 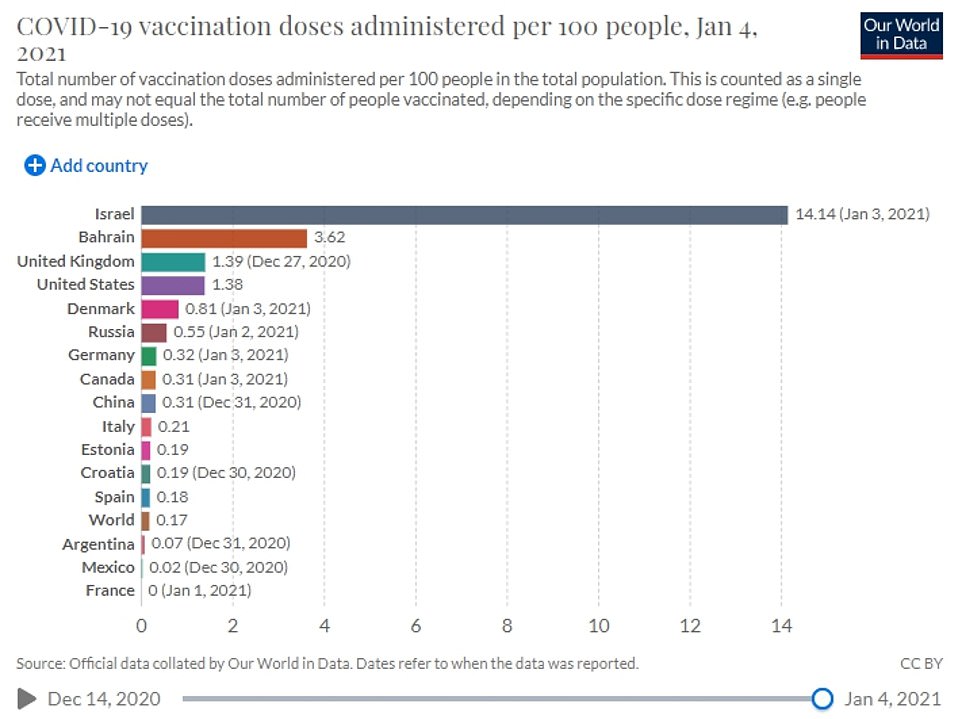 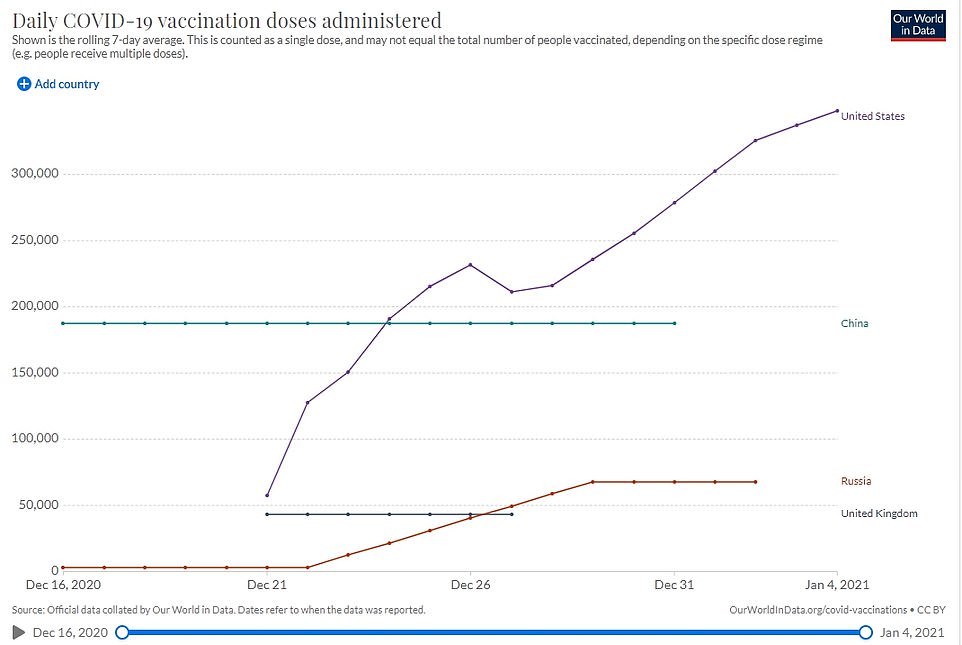 There are concerns the programme will be hampered by problems and that the national shutdown could last much longer than ministers have promised. For comparison, the first lockdown in March went on for more than three months, despite Brits being told it would only last several weeks.

Top epidemiologist Professor Gabriel Scally, from the University of Bristol, told MailOnline he was doubtful the Government will be able to live up to its vaccine promises, adding: ‘I haven’t seen enough detail or proof on how they’re going to do this, for me to be confident.’

He added: ‘There is a rosy glow around the vaccination programme but it has to be organised well. I’m concerned about the lack of local NHS organisation, there are no regional or local health authorities to run these programmen.

‘The lack of local organisation is one of the real problems the Government has had all along and it is why ministers took the easy option of giving Test and Trace to Serco and private companies.

‘We musn’t forget yesterday the Government had to go into lockdown because there is a crisis wave of cases heading our way over the next few weeks and that is going to be number one priority.

‘The NHS will be battling two fronts [rolling out the jabs and battling Covid] which is hugely risky. Never in a million years would I plan to do it this way.

‘We’ve known for months and months vaccines were coming, there were over 200 in production and we knew most would need two doses.

‘But we seem to be making up the rules as we go along, all of these issues about the roll out of vaccines, where they will be delivered and who should get them should’ve been worked out and how many doses.

‘It’s a dreadful situation we’re in. It looks as if the Government is making everything up as it goes along, it’s purely in reactive mode with no strategy.

‘If we acted firmer and sooner [with lockdown] we would’ve had the capacity and space in all respects to run a highly efficient, successful vaccine programme.’

Labrador vice-principal charged after alleged assault on a student 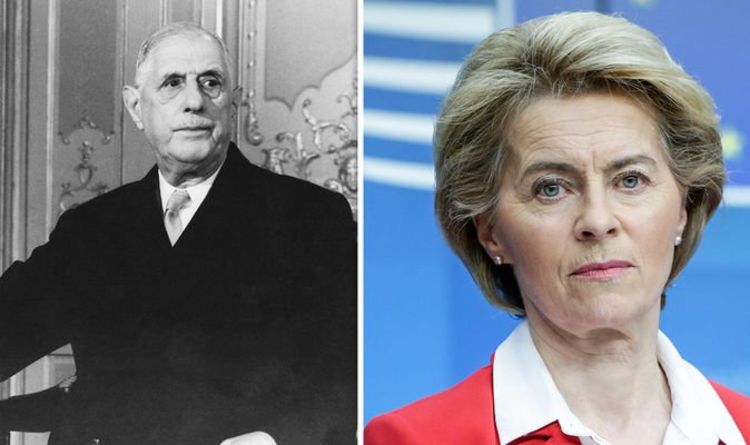